Our sport is equal, except when it’s not.

Distances, prize money, competitive chances – in most of these areas women get the same opportunities as men but, to me, there is one thing we really need to improve: media coverage.

That was made clear to me last month. After the Rome-Ostia Half Marathon, I was looking online for reports about the race, and the articles I found almost exclusively spoke about the men’s race.

I had run 66:40 to win the women’s event, narrowly missing the course record of 66:38, but all I read about was the men’s race, won by Guye Adola in 60:17. Relative to the best ability of each gender, the performances were similar, so why only talk about the men’s race?

It got me thinking: is it because men are faster than us that, in these situations, their performances always seem to get a wider platform? Perhaps. But it could also be something to do with the gender imbalance in the media.

That's really easy to see at any event. In my whole career, I think I’ve been interviewed by two women – the rest have all been men.

I’m sure that plays a part.

When you look at races like the Boston Marathon and think back to the history of women at the race, of Bobbi Gibb and Kathrine Switzer, and how far women in athletics have come since those trailblazers.

These days, we are given our own elite start, setting off well ahead of the men’s field – the way it should be, because both genders deserve their place in the limelight and, in the end, we’re not racing each other.

Although that, sometimes, can be a good thing.

One race that does a great job of pitting genders in direct competition is the Dam to Dam Run in the Netherlands, a 10-mile road race where the women get a head-start equal to the time difference between the course records. Last year the women were given just over six minutes, and I held on to beat Joshua Cheptegei in the gender pursuit race.

But running with – and against – men is nothing new to me.

I met my husband, Dan, in 2011, two years after I moved from Kenya to Israel. He is Israeli and at the time was a student at a local university, a strong middle-distance runner on the track.

I went there on a four-year contract, working as a live-in nanny who took care of the three children of the consul at the Kenyan embassy in Israel.

I met Dan through a local running group. Up until then I had only ever run around the same 1.5km loop in a local park, but he invited to show me other places. I asked him to write me a training programme and in the evenings, after my work was finished, we’d often run together.

Slowly, we fell in love.

When my visa and job contract was up in 2013, I had to return to Kenya. At that point, I was worried about our relationship, but I told myself if Dan loves me, he’ll fly back with me.

He did, and after that I realised he is really my love. We married in 2014 and our son, Roy, was born later that year.

Dan has been my coach for several years now, the one who understands me best, both as an athlete and person.

He knows where I’ve come from – a girl raised in a small village without electricity or running water in West Pokot County, Kenya – and how much work I’ve done to be competitive with the world’s best. My first race ever was a 10km event in Israel which the embassy wanted staff to participate in, and I ran 47 minutes.

Slowly but surely I found a love for running and kept improving, taking minutes off my fastest times. Between us, Dan and I joke about who has the faster personal bests – he’s still ahead (for now) up to 5,000m but I’m faster from the 10,000m to the marathon.

Many years ago, we decided we would build our life together in Israel and in 2013 I started the process to represent them internationally, which took about three years to complete. My application went through just in time for the 2016 Olympics in Rio, but that didn’t work out the way I’d have hoped.

Because I couldn’t bring my baby with me to Rio, I stopped nursing a few weeks before the race and, because of the extra breast milk, I had problems with my chest. It ultimately made me drop out of the marathon.

That was crushing. And what made it worse was hearing people criticising me afterwards. I’d just tell myself they didn't know what the circumstances were, what I had to go through or what my body was feeling that day.

In the end, I said it’s okay if they talk. It gives me motivation to progress.

Nothing comes easy in this sport, and I tell myself that every day in training – when things get really hard, that’s the time your body is really absorbing the training.

Though we are living in Israel, we go back to Kenya sometimes for periods of altitude training, and when I'm getting ready for a race. My life is so simple. I run twice a day, go to the gym three times a week, cover about 190-200km a week in training and the rest of the time I recover. I lie in bed, read my books, and focus on the job. That's my routine every day as I get ready for the Prague Marathon on May 5.

It’s funny, but often when I’m out here training in Iten, I pass male runners on the roads, and they seem to have the same reaction, picking up the pace. They see me and think: how can this lady pass us?

I always tell them it’s just training, it’s not a competition and we’re not competing against each other. In the end we’re all equal, we are all human, with the same hopes and ambitions to achieve on the highest stage.

When I look ahead, my biggest dream is to get a medal at the Olympics, but to do that I need to improve. Success in this sport is not easy and to get there you have to pass many challenges.

In this sense one of the athletes I look up to most is Eliud Kipchoge, a man who spends all his time in training camp on the build-up to big races. If you have a free mind, a life free of stress, that’s a recipe for running well and this is where my family, my husband, help so much.

Because being both a mother and a professional athlete is hard. The first couple of years after Roy was born, I was often so exhausted. I’d come back home after a 35km or 40km long run and need to sleep, but all he wanted to do was play.

But he is the one who gives me motivation. We take him to competitions and he always says: 'Mummy, you are strong, I think you will win.'

He’s so proud of me, and no matter where I finish, he’ll make me feel good after races. He’s only four now, so it’s too early to say what he’ll go after in the years ahead.

But if he does follow his parents into running, I hope when he’s grown up, he’s part of a sport that has progressed in so many ways.

One where, regardless of gender, achievements are appreciated on equal terms – the way it should be. 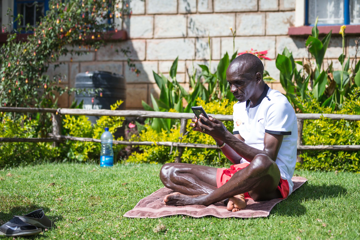 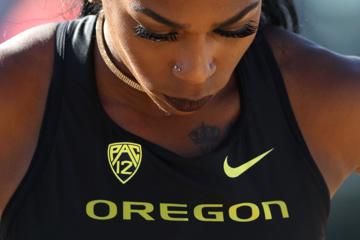 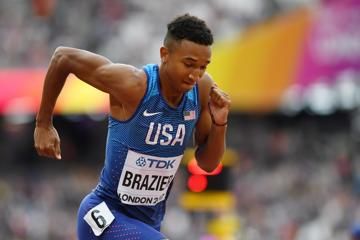 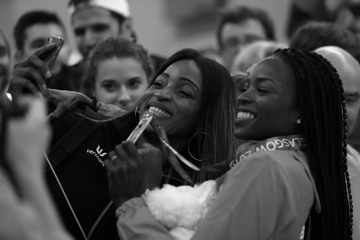