This week marks one year since the death of Agnes Tirop – a kind, beautiful soul whose life was taken far too soon.

She was the latest victim of a culture that has, for far too long, allowed Kenyan women to be exploited and used as targets for domestic abuse. In the wake of her death, we knew something had to change.

But change like this doesn’t happen in 12 months. It will take generations.

Still, we needed to start somewhere, and that’s why I set up the Women’s Athletic Alliance, building a network to help the next generation avoid the suffering that so many female athletes have gone through. It’s also why, in recent months, I set up a female athletics club, led by a female coach, which, as far as I know, is the first of its kind in Kenya.

The goal? It’s not just to develop the next generation of strong, successful female athletes, but to develop a pipeline of female coaches, female leaders.

Where I come from, Nyahururu, is a huge place with lots of athletes, but there’s not even one female coach. I’ve never been coached by a female coach and, if you come to Kenya and you’re at the track, you typically never see a woman with a stopwatch.

Developing more female coaches will help combat a lot of issues for young Kenyan women, who all too often are living in fear and doing what they are told by men in their lives, assuming it is right.

I see it all the time. When you’re a young female athlete surrounded by men in a camp, you feel you have to do whatever they want. You are manipulated to do things, and when you say no, you’re afraid of the consequences.

Maybe I’ll have to go home from the camp.

Sometimes these girls end up doing things because they fear that and they want to pursue this running dream. But sometimes there’s a huge cost to that.

I think if more young women are overseen by female coaches and feel safe, free, they’ll start to think: I don’t have to deal with all these things. Right now, there are often few alternatives for women who feel they are being abused or exploited, but I want the girls in my camp to be able to tell her friends with coaches who are treating them badly, “You don’t have to go through that. You have a choice; you can come to this group.”

What do I want for these athletes? I’d like for them to know they have the same rights as men in athletics and, above all, that they feel safe, that they don’t have to go through things they don’t want to.

Male athletes – they are secure in Kenya. They’re untouchable. They’re not afraid. They’re free. With that freedom, they can pursue their careers without having to sacrifice things, without having to go through things that girls have gone through.

But they don’t, and that’s part of the problem.

So far, we have recruited about five athletes for my group, aged between 16 and 22, and we want that to expand to 12 athletes in the near future. They will be guided by Beatrice Wakarinei, who will stay with them at the camp – a coach we’re helping to mentor through a collaboration with Athletics Kenya and the Female Coaching Network in the UK.

The girls are from different parts of Kenya and we came across them at various events. We’re trying to bring on board female athletes who have potential, but who are lacking the infrastructure needed to progress – whether that’s through facilities, support or the right coaching guidance.

But this is not just about performance.

The girls are mostly juniors and they’ll continue to study while at the camp and the point is to give them an education that will empower them for success far beyond the track or roads. The singular focus on running remains a big problem in Kenya because many families don’t have enough money for their daughters to continue their education and they have to sacrifice their long-term interests for something that brings in an income in the short term.

Setting up a new group has been a stressful experience, with lots of moving parts, and there were many times in recent months when I had doubts.

Is this worth doing?

But then I visit the camp and see how excited the athletes are, their expressions, I see myself when I was young. That’s when I know it’s all worth it.

I hope this will be the first of many women-only camps in Kenya, and I think that would trigger a significant change in what our young female athletes face on the road to the top of the sport. The goal for me is to get these girls empowered, to make them feel secure, and to preach equality.

Down the line, when we have a Kenyan team going to the Olympics or World Championships, I hope the number of female coaches is the same as number of male coaches.

That’s when I’ll know we’ve made real progress – that the death of Agnes Tirop, and the actions we took as a result, have ultimately brought about lasting change. 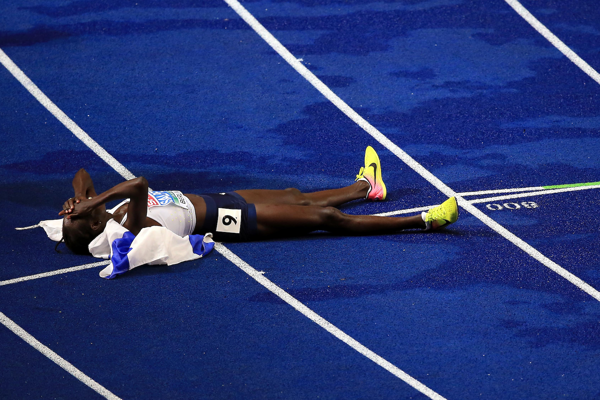 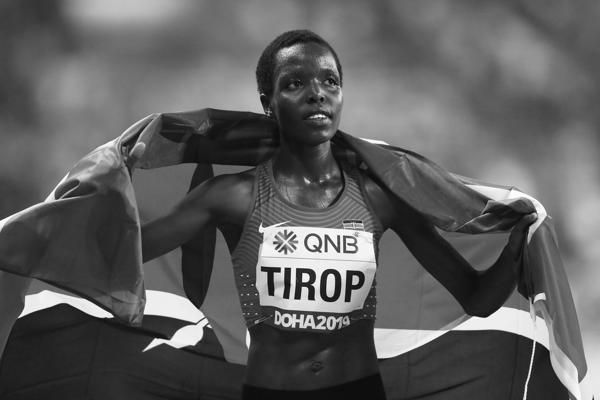 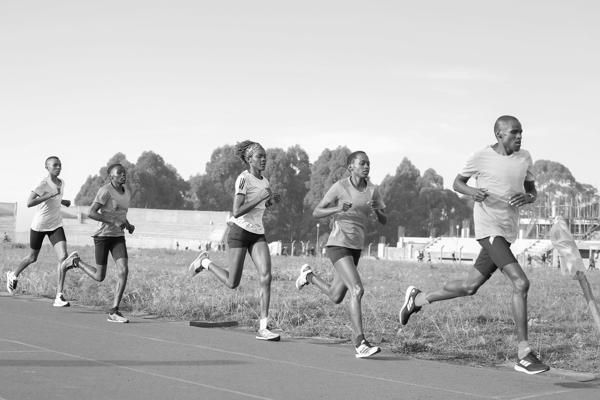