The subtle textures of brilliance

I know a lot of people don’t care about shot put. All we’re doing is throwing a heavy ball really far, but still, this is the thing I’ve centred my life around, the thing that’s given me character traits that extend far beyond sport.

Doing this for a living allows me to consistently be self-aware, to observe how I behave, and then respond to it – either by improving those things or maintaining them.

And we, as humans, are at our best when we’re doing things we love, surrounded by people that love us. For me, that’s what the shot put is all about.

But if there’s one message I’d give to young athletes? Invest in the process of self-awareness first. It's the most influential factor for elite performance, one that's not often coached. My story shows the power of investment in self-awareness and its delayed, but rewarding, return.

Athletics has given me far more than just a way to make a living; it’s also allowed me to reconnect with my family heritage, and specifically that of my grandfather, Mario.

Im often asked how a kid born and raised in South Africa ends up representing Italy? The truth is, it’s because of him.

I grew up in Amanzimtoti, and had the typical South African childhood – living outdoors, playing lots of sports, from rugby to soccer, cricket to hockey to water polo. I also played a lot of baseball, and figured that all the repetitive unilateral movement patterns have a fantastic crossover into shot put.

My grandad was born in Italy, and moved to South Africa at the age of 25. When we were younger, he and my grandmother used to look after us when my parents were at work, and I remember he’d have sport on TV 24/7. It could be 6:30 in the morning, and he’d be sitting there, eating his porridge, watching whatever sport’s highlights he could find.

When I was 16, I focused on rugby and athletics, and while at university in Cape Town I gave shot put my full attention. I was under the impression that I was doing well but by world standards. I wasn't. Still, I was confident enough to keep going.

My potential ability was never what attracted me to the sport. Ideas of being a world or Olympic champion glittered my thoughts early on in my athletics life, but when I decided to pursue the sport professionally, it was the principles of self-mastery and being directly responsible for the outcome that really lured me in.

You do the work, throw the distance, and the rest will take care of itself.

For my first two or three years at university, I was throwing the 6kg shot and did reasonably well, but there was an awkward period when I switched to the senior weight. The difference between the 6kg and 7.26kg is largely the change in weight's ability to highlight technical inefficiency. You can rely a lot more on power or athleticism to throw the lighter ball far and not focus as much on your technical proficiency. So when I made the change, like many young talented throwers, I was humbled.

I plateaued around 15.80m – a long way off what’s needed to make an impact at senior level.

I was always wildly confident and I don’t know why I was so certain I could make it a career out of this sport, but I was. After university, my parents supported me to go to Johannesburg to see what I could do, and I know how privileged I was to be given that chance.

I started training under coach Pierre Blignaut, but after a couple of months he was diagnosed with mouth cancer and had to step away from coaching.

I had transferred my life to a different province, 700km from home, a place where I knew no one, and I had signed a lease for a year. I decided I was going to give it everything, giving myself two years to make it, and if not I’d fall back on my degree and see what else to do with my life.

I was very isolated in Johannesburg and I had no one to steer me, but in times of chaos and unfamiliarity, I revert to that which I can control. In that particular period, it was my work ethic.

I trained twice a day most days, and it used to irk me if I was relaxing. In hindsight I realise this wasn't the most sustainable approach, but it worked for the given period and I quickly made the leap from my personal best of 16.91m in February 2019 to 19.09m by the end of April in that same year.

Through the misfortune of my coach's diagnosis, I got to know Orazio Cremona, the best shot putter in South Africa at the time who was preparing for the World Champs in Doha. He invited me to train with him and I jumped at the opportunity. While there, we spoke about my italian citizenship and he recommended I get in touch with Paolo Dal Soglio, and that’s when I started talking to the Italians – the idea coming to me that I could also represent my grandad’s home nation.

It was a huge crossroads in my life.

In Johannesburg, I’d started to think of myself as an individual, one who was fending for himself, aware that parents can’t pay for you forever. It set off a search for meaning, purpose, and independence.

I’d been confronted by the possible mortality of my coach, and my grandad had been diagnosed with Alzheimer’s. There was this concoction of emotion.

I was almost 25, the same age grandad had been when he left Italy for South Africa. It felt like bringing our relationship full circle if I could make the same journey in reverse.

At the start of 2020 the Italians held a training camp in Stellenbosch, and Paolo invited me to come along. After two weeks of working together he told me I had a lot of potential and that he’d like to work with me full-time. It was his evident interest in me after such a short period of knowing each other that gave me the confidence to move to Italy.

I arrived just eight days before their national lockdown.

With all training facilities closed, Paolo and his wife generously and without hesitation invited me to stay with them in their home. I would end up staying with Paolo and his family, whom I had never met, for three months. I lifted weights with his equipment and refined my technique in his throwing circle. Only having known Paolo for three weeks prior to staying at his house is testament to his athlete-centred philosophy.

As an athlete, Paolo had come fourth at the 1996 Olympics and been the European indoor champion. To be in his presence, all the behaviours and philosophies of a champion started to assimilate – the discipline required, the mentality you have to adopt.

But picking up all that was a by-product of being one-track minded. When you take the plunge, invest in yourself, opportunities start to fall in your path.

One very special competition was in Trieste, my grandad’s birthplace and home. It was so humbling to drive through the area he grew up, tracking down the apartment he was born in and taking some photos. The whole experience was very moving.

My grandad died last June, just three days before the Italian Championships. We were in Florence on a training camp at the time, and it was an unexpected but peaceful passing.

It was very hard to process, but one of the most beautiful things was that I had planned to fly home just before the Olympics to see my family and get a mental refresher. As a result, I was able to be back in South Africa for his funeral and get the necessary closure.

Donning the Italian colours at the Olympics a few weeks later felt like a great way to honour his memory.

Being a South African native in Italy has allowed me to get a deeper understanding of what it was like for my grandad when he emigrated. That mixing of cultures is something I really enjoy in Italy, bringing a different perspective to such a strong and beautiful country. I’m learning Italian, slowly, and I’ve always said: I’m not trying to be Italian.

I’m trying to be Zane Weir, who is also Italian.

But I know, no matter how much I do, I’ll never have the traditional Italian upbringing and I’m not here to fake those things. The one thing I learned from my upbringing in South Africa – a country that fast-tracks you to deal with a lot of different cultures, races and religions – is that there’s so much power in diversity.

The Olympics are proof of that, and Tokyo was a fantastic experience for me.

It was completely overwhelming yet, in other ways, completely underwhelming. In some ways, you don’t want to reach your goals because they’re the things you spent your life working towards, the things that give you direction and purpose.

It was a daunting stage, but I improved my PB to 21.41m to finish fifth in the final. In March this year, I improved that to 21.99m which makes me the 32nd farthest shot put thrower in the history of the sport. I don't say that to brag, but to emphasise the power of self-belief, commitment and to prove you can be a great athlete by trying to be a great person first.

When I think of how far I’ve come since I was stuck at 16 metres less than three years ago, it shows the value of these qualities.

There’s so much I’m still learning in shot put, especially with the rotational technique, but when you start doing things correctly in different areas it compounds to the final result. That’s why I’ve been able to have the growth I’ve had from a distance perspective, and I feel there’s lots more to find.

I've been in a very unique position to experience some of my greatest achievements alone and while this was challenging in the beginning, it gave me a beautiful insight into the true meaning of success. Celebrating a personal best on any scale with people that care for you can be more rewarding than celebrating a world title alone.

Let that sink in.

Of course, I can only speak from my experience, but I believe that to be true for most people. But I know, too, that this journey is not just about results. They mean absolutely nothing if you don’t have a good character.

When I wasn’t doing so well and I was doing work outside of sport – emotional, spiritual work – I was asking myself why I was sacrificing so much when it didn't seem to be paying off. But it did. It was just that the results from that type of work are often a little delayed.

Once you understand the difficulty of going without those results, it gives you appreciation for when you do have them.

I think the biggest lesson I have learned from professional sport that is applicable for any career is that the time you invest in beautifying your internal world is never wasted. To enhance the quality of your thoughts is its own reward and gives you the ability to sustain all perceived disappointment.

These, to me, are the subtle textures of brilliance. 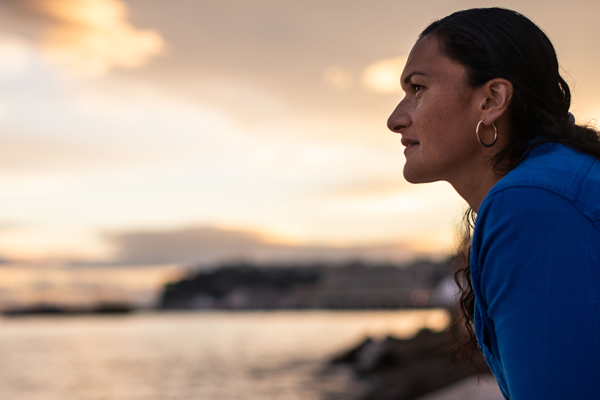 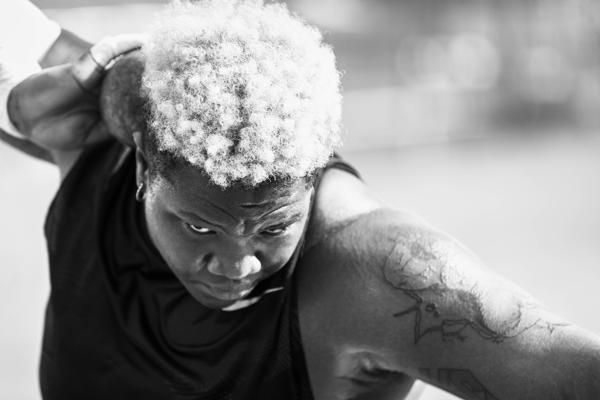 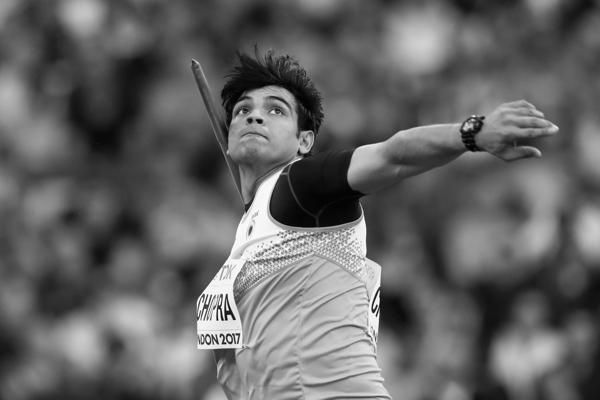