Sun Yingjie, fittingly on the first occasion the Championship race has been held on Asian soil, won in a Chinese national record time of one hour eight minutes and 40 seconds.

Behind the joint pre-race favourite, Kenya's Lydia Cheromei fought back after  struggling midway through the 13.1miles race, to claim the silver medal in a personal best 1:09:00.

Early pacemaker Constantina Tomescu-Dita took third place for Romania in a time of 1:09:07 as the 40,000 crowd roared its support as the medallist's entered the Nehru Stadium.

Ireland's Sonia O'Sullivan running her second half marathon in seven days and expected to have been the strongest challenger for the gold medal alongside Sun Yingjie, finished fourth in 1:10:33.

Ethiopia led home by sixth placed Eyerrusalem Kuma, claimed the team title, their three runners totalling a time of 3:36:00 ahead of Romania and Russia.

But it was a very close close affair. Only eight seconds prevented the Romanians notching a seventh success while Russia, last year's champions clocked a time of 3:38:21 for the bronze-medals.

"I'm very happy but also surprised to win this race because the standard of athlete was so high," said a delighted Sun Yingjie who shattered her five-year-old personal best of 70:22.

That came just after the  5K point when Cheromei injected such a fierce change in the speed of the race, both herself and Sun Yingjie went well clear of their rivals.

Tomescu-Dita who in her traditional manner had led virtually to the 5K marker (16:24) where there were nine athletes in contention, was the only other contestant to maintain a threat.

Cheromei was pounding out the pace and not surprisingly it hurt the frame of the Kenyan who in 1991,won the World junior title as a 13-year-old.

Indeed Sun Yingjie, sensing her closest opponent was struggling,  rid herself of her African rival before 10K (32:09) where she had opened a six seconds advantage, with Tomescu-Dita showing gritty determination, covering the distance in 32:20.

But Cheromei gallantly fought back to again get on equal terms after 11K, as Sun Yingjie, her arms traditionally hanging down her sides and barely moving, lost some momentum.

It was a positive and determined break, the move from Sun Yingjie clearly indicating she was going to win her first-ever World title.

The final three miles became a formality for her as Cheromei temporarily overtaken by Tomescu-Dita, herself retrieved what looked an impossible situation to claim the silver medal.

Cheromei winner of this year's Rotterdam marathon fully deserved the award as it was mainly her efforts which ensured the race had flowed at a fast momentum from almost start-to-finish.

"I only expected to learn from them but I felt good on the course and the conditions were not as bad as I thought they would be," said Sun Yingjie praising her rivals,despite her own world class pedigree.

Grateful like every other athlete for a thunderstorm less than 12 hours before the race, she said: "I was very pleased when all the rain came last night. It really cooled the course.

The Chinese star added: "I had a tough fight with the Kenyan runner and I knew Sonia O'Sullivan was very strong.

"That's why I'm so happy now and looking forward to running the Beijing International Marathon on 17th October when I expect to finish in the top three."

O'Sullivan despite finishing outside of the medals was more than happy after a second half marathon in seven days.

"I did the best I could and to finish fourth at this level I can rate as an achievement," said the former World 5,000m and double cross country champion.

"Yes,  I'm happy enough," said O'Sullivan. There is no such thing as an easy Championship race and certainly this wasn't.

"It was tough from start to finish and I can tell you the pace made me feel horrible. But that's what you expect at this level of competition." 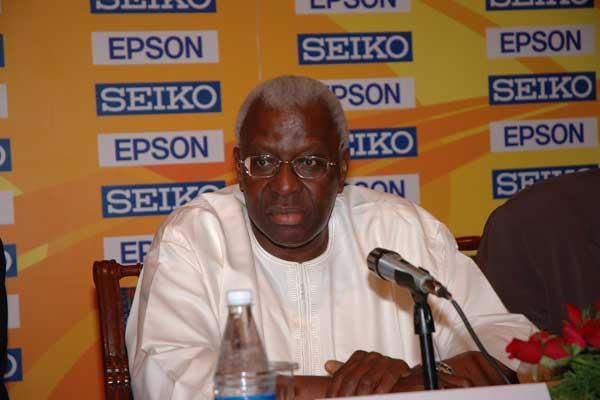