A road race of 13.1094 miles or 21.0975km is exactly half the distance of a full marathon. The half marathon has become a hugely popular distance, with many thousands of events taking place globally every year. 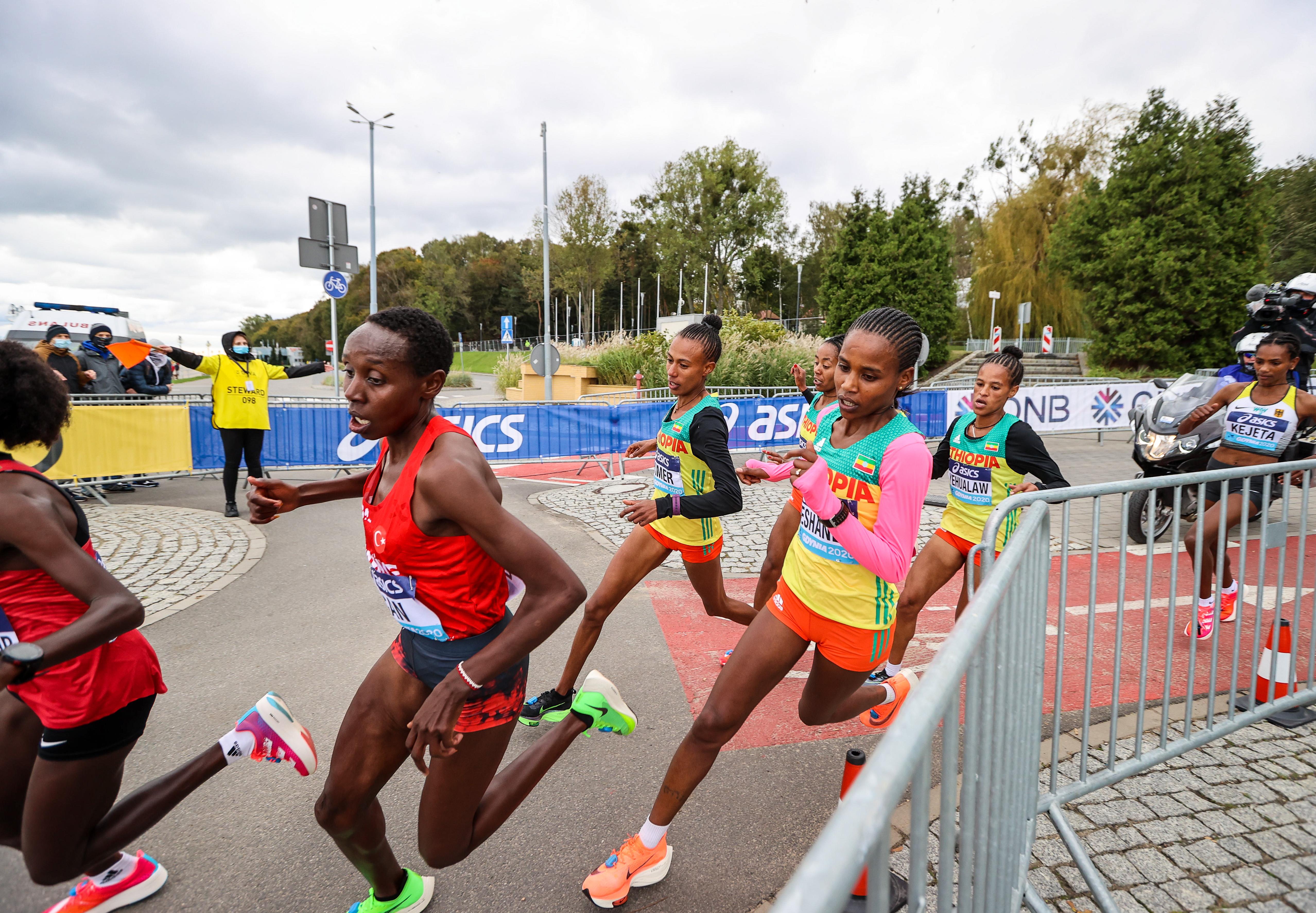 The finishing order is determined on time.

With the steady growth of recreational running in the 1950s, race organisers looked to offer an alternative to the standard marathon distance, and so the half marathon was born.

The first world best, as listed by the sport's global governing body, was Ron Hill’s 1:05:44 clocking in Freckleton in 1965, although it should be noted that Abebe Bikila’s half-way split of 1:04:28 from the 1964 Tokyo Olympics was quicker.