They have an average age of 21 and half of the team has only ever contested one half marathon before, but the Japanese team for the IAAF/Cardiff University World Half Marathon Championships Cardiff 2016 will be hoping to come away with their ninth successive medal.

Japan has taken medals in the women’s team competition at all but five editions of the championships, and has earned eight consecutive bronze medals from 2005 to 2014. They will aim to keep that streak alive on 26 March in the British city.

Miho Shimizu leads the women’s squad. She earned her selection after winning the All-Japan Corporate Team Half-Marathon Championships in Yamaguchi last weekend, clocking 1:09:41 on her debut at the distance.

Hisami Ishii, another half-marathon debutante in that race, finished third in 1:10:25 while fellow 20-year-old Mizuki Matsuda clocked the same time in fourth to join Ishii and Shimizu on the team for Cardiff.

Yuka Ando was the top Japanese finisher at the recent Marugame Half Marathon. Her PB of 1:09:51 was set on her debut at the distance at the Sanya Half Marathon in Okayama last December. Mirai Waku, who finished five seconds behind Ando in Okayama, will also represent Japan in Cardiff.

Keijiro Mogi, Keisuke Nakatani and Naoki Kudo were the top three Japanese finishers at the Marugame Half Marathon, setting respective PBs of 1:00:54, 1:01:21, and 1:01:25.

Shogo Nakamura and Minato Oishi were the fastest Japanese athletes at the recent All-Japan Corporate Team Half-Marathon Championships. Nakamura set a PB of 1:01:53 and Oishi ran 1:02:32.

Nakamura, the 2013 World University Games bronze medallist, is the only athletes on the team to have previously competed at the IAAF World Half Marathon Championships. He finished 28th at the 2014 edition in Copenhagen.

BACK
Pages related to this articleAthletes
Yuka ANDO 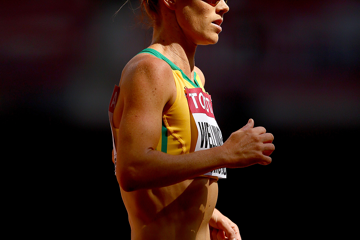 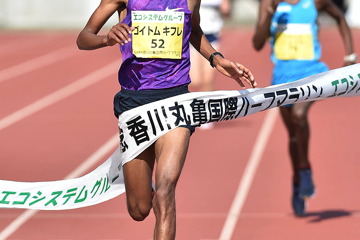