Spiridon Louis and the Breal Cup

On 10 April 1896, Spiridon Louis of Greece won the first ever marathon at an Olympic Games, ancient or modern. That that race happened at all 125 years ago owes everything to a Frenchman – and his name, surprisingly, was not De Coubertin.

The legend of the messenger Pheidippides’ run in 490BC from Marathon to Athens to carry the news of the Greek victory over the Persians at the Battle of Marathon is about as epic as they come. “Hail, we won” were said to have been Pheidippides’ words, after which he dropped down dead with exhaustion.

Yet that run, and the marathon race on which it is based, had no connection with the ancient Olympic Games, at which the longest race ever contested was the dolichos over 4800 metres. 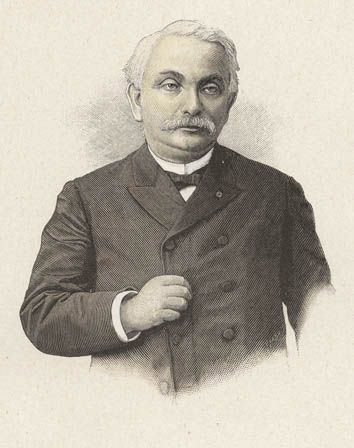 It was Michel Bréal, a French linguist and historian, who at a conference held at the Sorbonne in Paris in 1894 proposed the idea of the marathon race. It was there that Bréal’s friend Baron Pierre de Coubertin announced the revival of the Olympics with the first Games to be held in Athens in 1896. To enhance the appeal, Bréal offered a solid silver cup to the winner of the marathon.

De Coubertin embraced his friend’s suggestion. Equally enthusiastic was the endorsement by the organising committee of the Athens Olympic Games, who recognised the symbolic significance the marathon would have to the Greek nation.

From national disappointment to euphoria

The athletics programme of the Athens Olympic Games began in the Panathenaic Stadium on 6 April 1896. There was national disappointment for Greece in the discus, the most classical of all events. USA’s Robert Garrett was the winner, ahead of two Greeks. It was a bitter result for the host nation to bear in ‘their’ event.

After that loss, the marathon, which was scheduled to take place on the final day of the Games on 10 April, took on a greater significance. It was therefore with elation that with less than a quarter of the 40km distance left to be run, a mounted messenger reached the stadium with news which quickly spread around the 100,000 strong crowd, that ‘A Greek! A Greek!’ was leading the race.

Spiridon Louis, more commonly referred to as ‘Spyros’, had his strength buoyed up at about 30km into the race by eating half an orange and shortly afterwards drinking a glass of cognac.

Two kilometres later, he passed the leader Edwin Flack. The Australian, already the winner of the 800m and 1500m double at the Games, was running his first marathon and had been in the lead at that point for approximately eight kilometres.

Flack did his best to hang on to the Greek but finally collapsed at 37km and needed to be revived with a drink of egg and cognac. 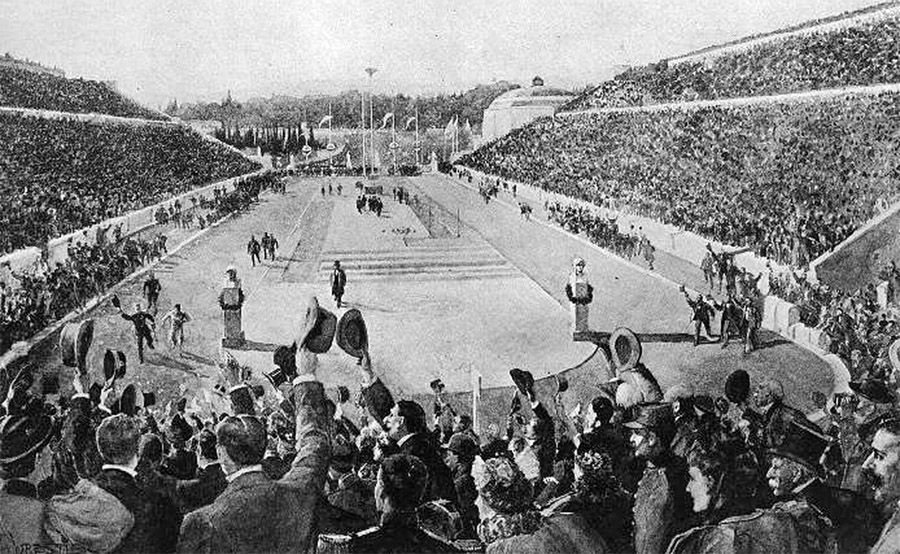 Louis eventually entered the stadium seven minutes ahead of fellow Greek and national champion Harilaos Vasilakos, crossing the finish in 2:58:50 to become the first ever Olympic marathon champion.

The level of national euphoria was royally illustrated when Prince George and Crown Prince Constantine met Louis at the stadium’s gate and ran at his side to the finish line.

Half a million pounds

Louis returned to the stadium the following day to collect his prize, the Bréal Cup. It remained in his family until nine years ago when one of his two grandsons, also named Spiridon Louis, put it up for auction at Christie’s on 18 April 2012.

Today the cup is displayed at a distinct area of the Acropolis Museum, Athens, where visitors are not required to buy a ticket, as per the Foundation’s commitment to make the cup accessible to all.

After his marathon victory, Louis was showered with offers of gifts from across Greece but he turned them all down – except for a horse and cart which he needed to transport water as that was his job.

Louis was a modest man, as was revealed in an interview with his grandson Louis, which was conducted by Olaf Brockmann in May 2004 and published in the Vienna paper ‘Kronen-Zeitung’. Much of that interview was republished just prior to the 2004 Athens Olympic marathon on the World Athletics website in a story written by Jörg Wenig.

The grandson never met his famous grandfather in person. He was born in the family town of Maroussi, just 16 days after the death of the Olympic champion. But his father told him all the stories about the family’s national hero. Louis’ job was to transport fresh water to Athens, so he had a sort of daily endurance training.

“He was a simple person, and he did not know anything about sport,” his grandson explained. “After he had won the marathon, his legs were meant to get a massage. But when he was touched, he shouted: 'What are you doing? It is a disgrace. Let me out of here, I just want to go back to Maroussi to celebrate with my friends'.” 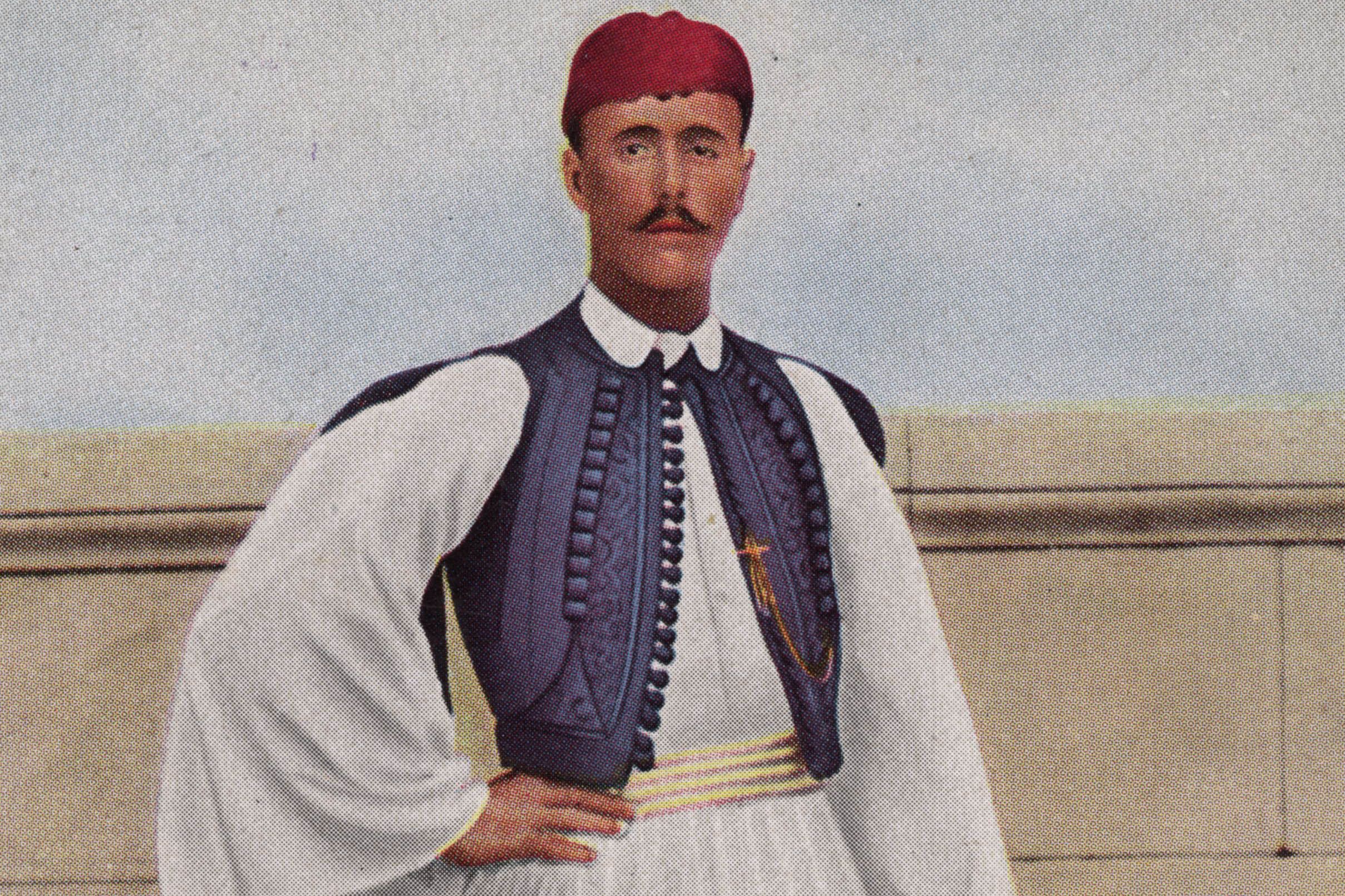 It has often been reported that Spiridon Louis had a glass of wine during the Olympic marathon but his grandson confirmed this is not correct. “His girlfriend gave him half an orange and shortly afterwards he got a glass of cognac from his future father in law. There were eye-witnesses who have confirmed this a number of times.” That happened less than 10km from the finish.

‘I totally respect all marathon runners’

No member of the family has ever run a marathon since that Olympic race in 1896. “I had no opportunity to do sports when I was young,” confirmed the grandson. “I was born during the war. And it was not easy in those times to settle in and build up your living.

“But I am fascinated by athletics, especially the marathon. If I see such a race, I think about the different conditions. In contrast to former times, it looks like luxury today. But I totally respect all marathon runners. If I could, I would congratulate everyone personally. I have learnt that it is already an important step to just participate in such a race.”

On the 125th anniversary of the first Olympic marathon race, even though drinking cognac en route during a marathon is not still encouraged today, let us appropriately raise a glass to celebrate the amazing marathon legacy of Michel Bréal and Spiridon Louis. Cheers! 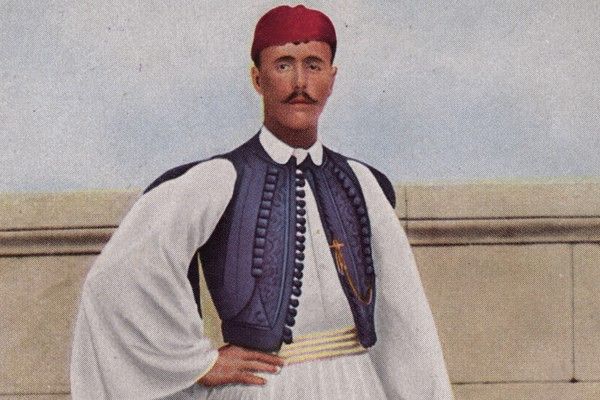 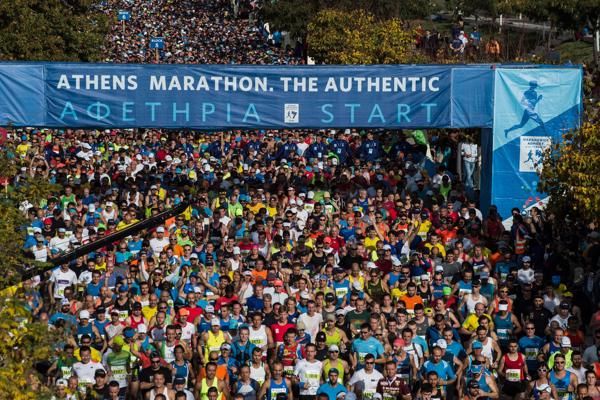