Celebrating 70 years of the Association of Track and Field Statisticians

It was at the European Championships in Brussels on 26 August 1950 that Emil Zátopek of Czechoslovakia won the 5000m title by a 23 second margin over Alain Mimoun, having finished 69 seconds ahead of his French opponent over 10,000m three days earlier.

But another event, of even greater significance in the history of global athletics, occurred in the Belgian capital on 26 August, 70 years ago today: the founding of the Association of Track and Field Statisticians.

For a sport so dependent on accurate timing and measurement, statistics had always been important and many an individual had laboured away keeping records of performances. But it was not until a group of enthusiasts gathered together in the Café de la Madeleine in the Rue de la Montagne to form the ATFS that their hobby was transformed into a well-coordinated service to the athletics community.

As one of those founding members, Roberto Quercetani of Italy, put it: “From the very beginning, the ATFS has as its foremost aim that of popularising accurate and competent recording of track and field results on a world-wide basis.” 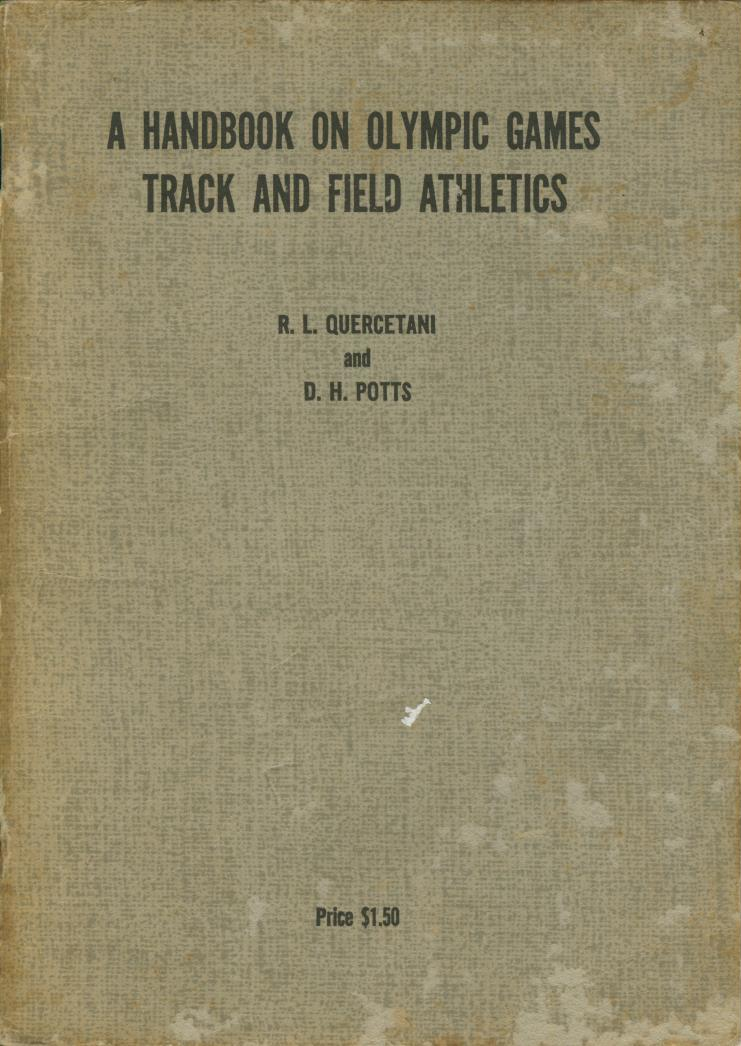 The seeds were sown by Quercetani and the USA's Donald Potts, who in 1947 had combined to compile 100-deep world all-time lists in all the standard men’s events with full date and venue details for each performance. The result of their collaboration was a self-financed 70-page booklet entitled A Handbook on Olympic Games Track and Field Athletics, which appeared in 1948.

That modest but hugely valuable publication proved to be a catalyst. The 1924 Olympic 100m champion Harold Abrahams, a prolific writer on the sport and himself a keen statistician, used the book to help with the seeding for the London Olympics of 1948.

Another highly impressed recipient of the booklet was Fulvio Regli from Switzerland, like Quercetani a brilliant linguist. Early in 1950 he wrote to Quercetani suggesting they helped form an international association of statisticians. Potts and others were brought into the discussions about pooling resources and knowledge and the outcome was that historic meeting in Brussels, organised by Belgian sports journalist André Greuze and held a few hours before the 5000m final.

The founding members of the ATFS were – in addition to Quercetani (chairman), Potts, Regli (secretary general) and Greuze (treasurer) – Norris McWhirter of future Guinness Book of Records fame from Britain, Bruno Bonomelli of Italy, Erich Kamper of Austria, Ekkehard zur Megede and Wolfgang Wünsche of Germany, André Senay of France and Björn-Johan Weckman of Finland. Potts and Wünsche were not actually at the meeting but were considered founding members all the same, while among the ATFS's first decisions was to choose Abrahams as honorary president.

On the occasion of the body's 50th anniversary in 2000, Quercetani reminisced: “The 11 'track nuts' who founded the ATFS had a double aim in mind: documenting the present and recovering the past, in order to commit to future memory the efforts of thousands of athletes, men and women, who have given lustre to the sport all over the world. Our aim was to promote such a work at both national and international levels.” 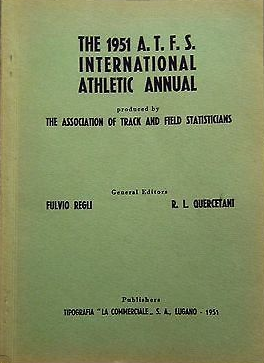 Once established, the group got down to work on the first ATFS Annual. With Quercetani and Regli as general editors, the 128-page booklet (1951 ATFS International Athletic Annual) was published in Lugano and featured 1950 world lists, world, European and national records, full results of the European Championships and national championship results (usually first three) from 24 European countries.

Notable by its absence was any mention of female athletics, but at least the 1952 annual included 17 pages devoted to 1951 and all-time women's lists in its 217 pages. Those year lists reflected the sadly limited range of events available to women in major competition at that time: just 100 yards, 100m, 200m, 800m, 80m hurdles, high jump, long jump, shot, discus, javelin and 4x100m relay, although a few marks at 400m were included in the all-time category. 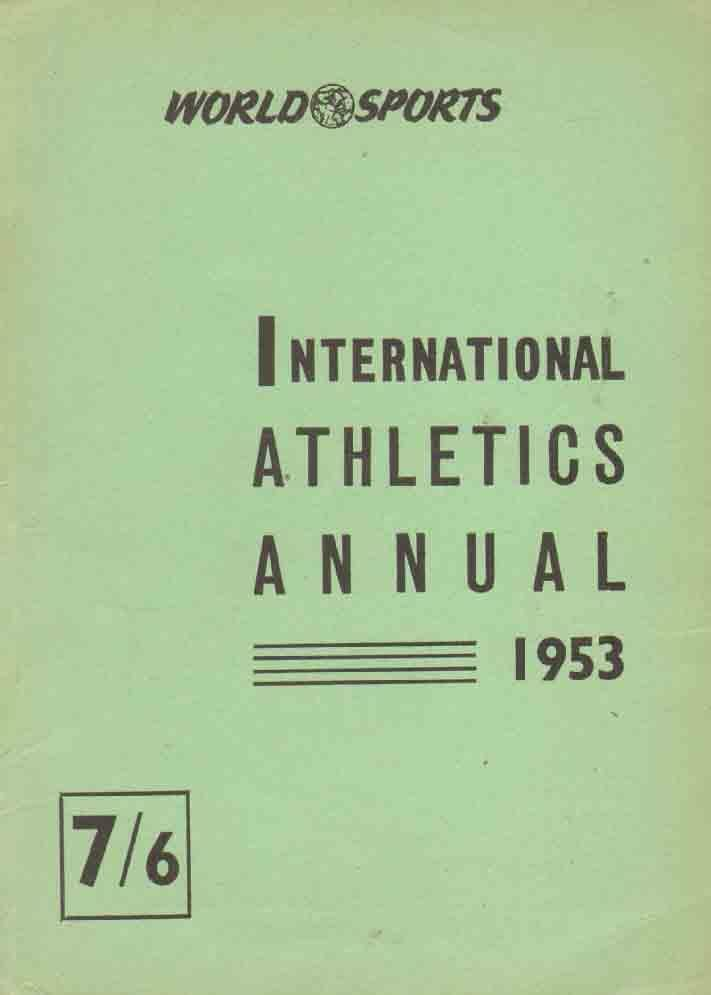 A major development was that the prestigious British magazine World Sports took over as publisher of the annual from the 1953 edition and would continue in that role up to and including the 1972 edition. The 1953 annual listed the names of current ATFS members: 61 from 33 nations, including Japan's 1928 Olympic triple jump champion Mikio Oda. Quercetani, surely the most distinguished of all athletics statisticians, became sole general editor from 1956 until 1970 when Sweden's Rooney Magnusson took over as general editor with World Sports' own Bob Phillips listed as editor. 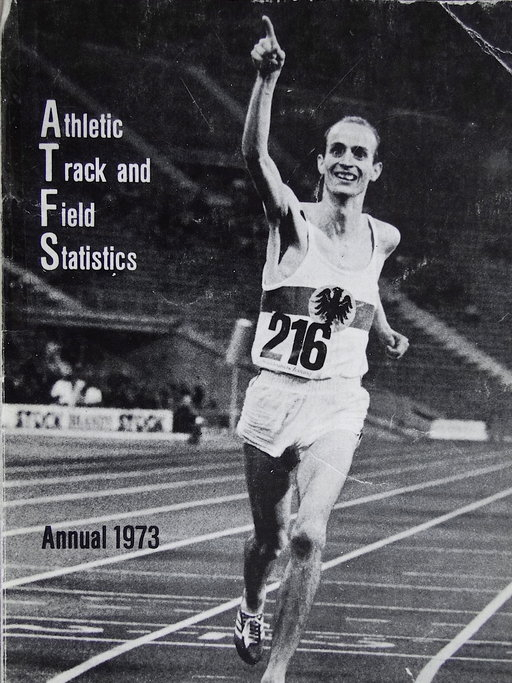 Under the title Athletic Track and Field Statistics, the German company of Bartels & Wernitz published the 1973 and 1974 annuals edited by Vladimir Visek from Czechoslovakia, while the next four editions were edited by Don Potts and published by Track & Field News (USA) but with one major flaw ... no coverage of the women's scene. That vital element was restored when between 1979 and 1984 the ATFS treasurer Palle Lassen from Denmark published the book, edited for five years by Nejat Kök from Turkey and for one year by Britain's Richard Hymans. 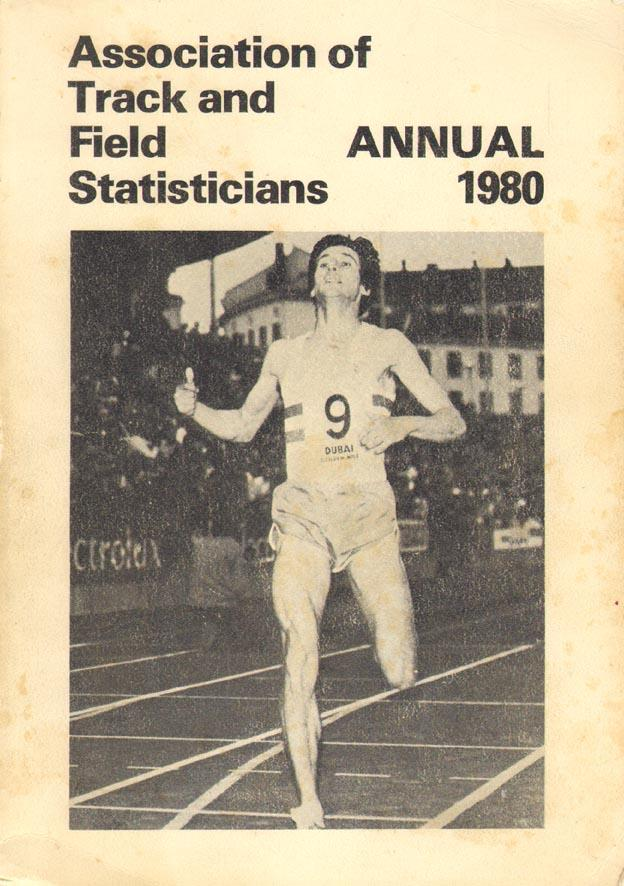 The 1980 edition featured a look back over 30 years of the ATFS's existence by RLQ, as Roberto Quercetani was known, and he proudly referred to the growth from 11 original members to 264 representing 57 countries. Succeeded first by Magnusson in 1968 and Potts in 1972, the association's president was now the eminent British statistician Bob Sparks, who held that position for 24 years, from 1976 to 2000. 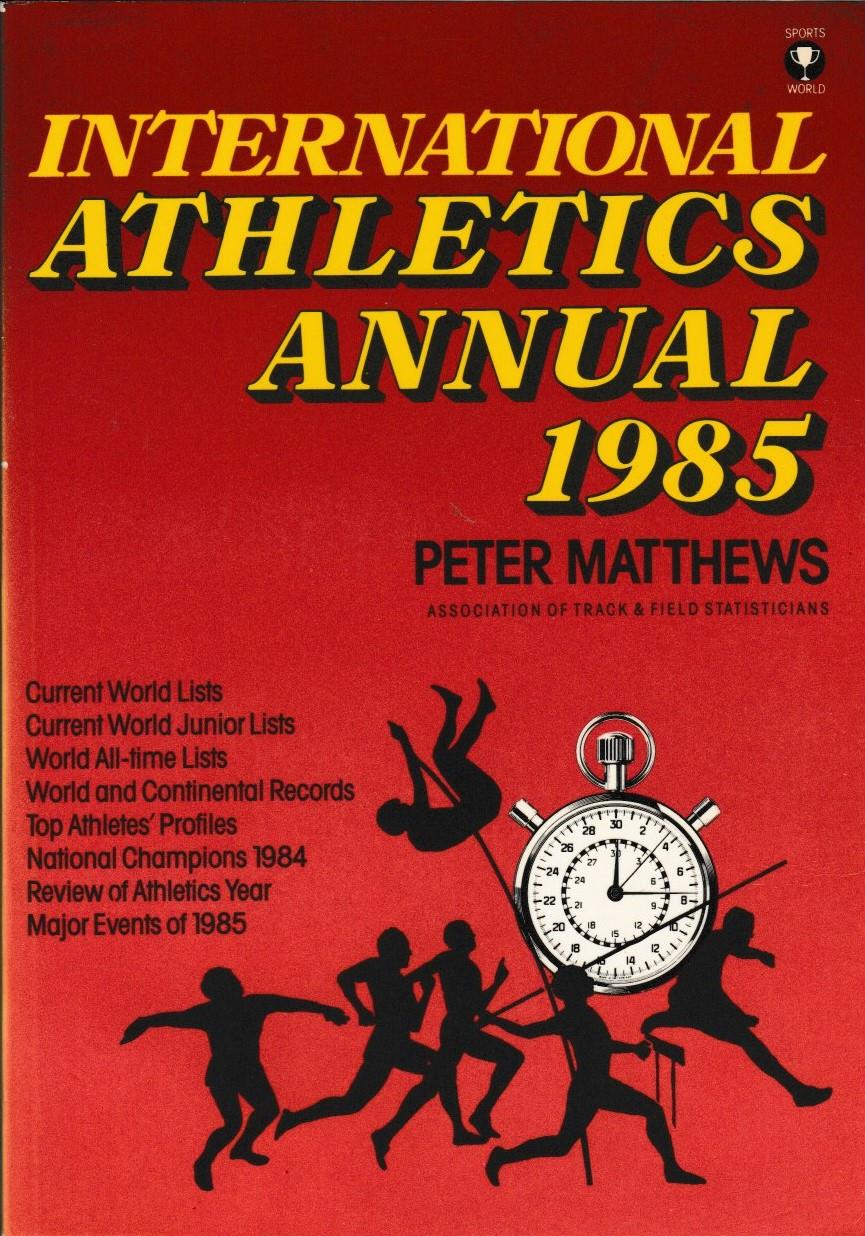 The International Athletics Annual as we know and appreciate it today was born in 1985. Vastly expanded to 535 pages, it was edited by Peter Matthews, a prolific writer and broadcaster on athletics, and he set new standards which he has maintained right to the present day 35 years later!

The most useful of his innovations was a section devoted to fact-filled mini biographies of hundreds of the world's top athletes. Obituaries made their debut too. Recent editions have run to 580 pages or more and the total of biographies compiled over the years now exceeds 5000!

All of us seduced by the facts and figures of our sport owe so much to the ATFS and those visionary founders of 70 years ago.

Mel Watman, an ATFS member since 1958 when he was aged 20, is co-editor and publisher of 'Athletics International'.

The latest edition of the ATFS annual, Athletics 2020, is available to purchase online. 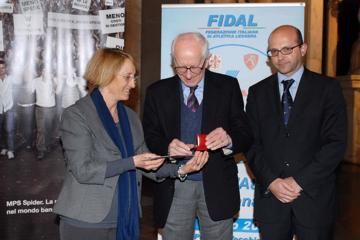