The Prater, one of the most famous city parks in the world, covers an area of 6,000,000m2 in the centre of the Austrian capital. Traversing the park is the Hauptallee, a flat 4.3-kilometre-long paved route, lined with chestnut trees, which is closed to traffic and is easily accessible.

This morning, the Mayor of Vienna Michael Ludwig received the Heritage Plaque in a ceremony at Vienna City Hall. The plaque will be displayed permanently next to the Prater Hauptallee, which has been the home of organised running races since 1 May 1822. 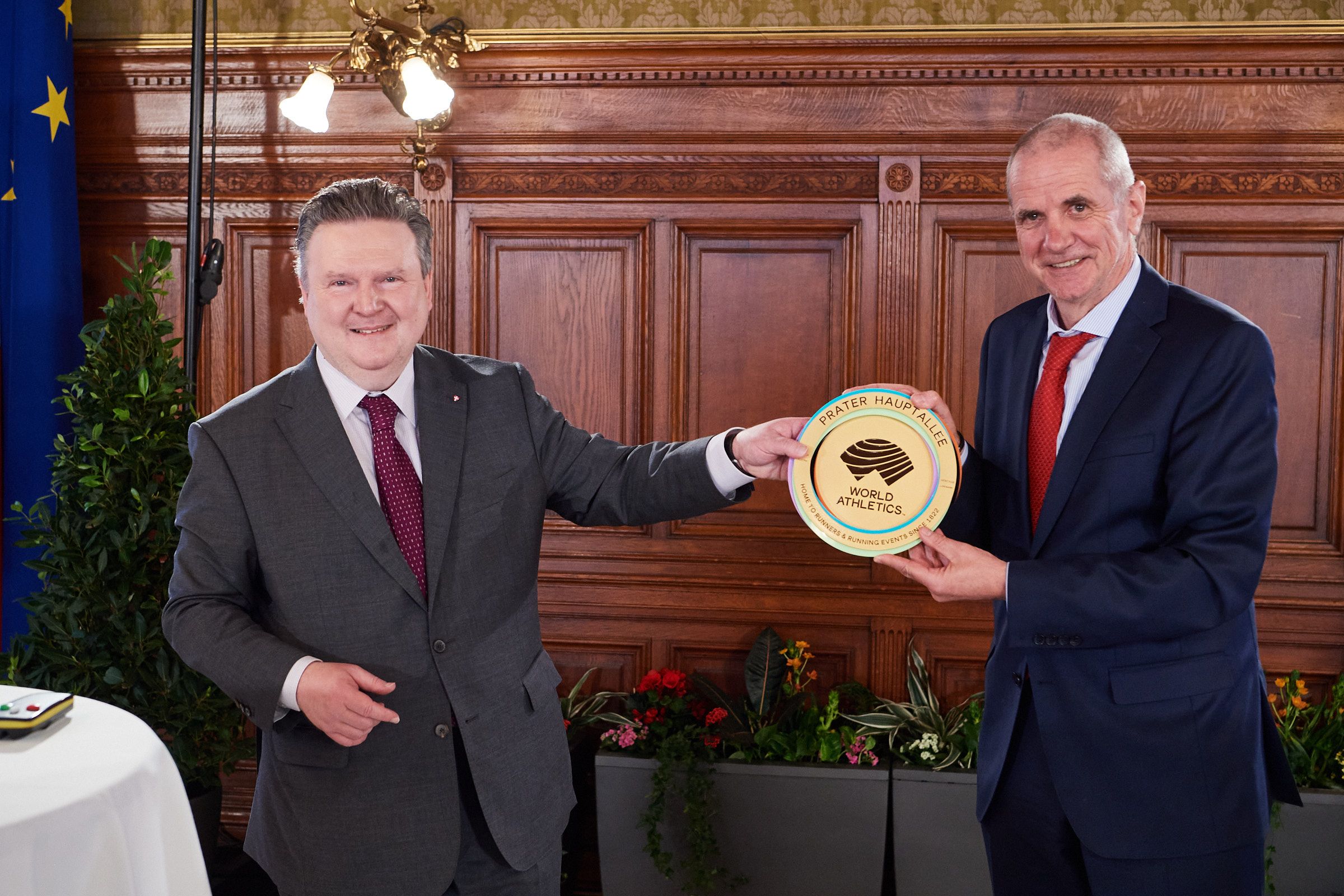 "The City of Vienna is proud to be the recipient of the World Athletics Heritage Plaque for the Prater Hauptallee," said Ludwig. "This international award makes us aware of what a globally outstanding place the Prater Hauptallee is for running and running events. Sports history and the present are linked in a large, urban green space. I thank the Vienna City Marathon for its initiative and hope that the World Athletics Heritage designation for the Hauptallee will motivate even more people than before to enjoy running and being active here."

The Prater Hauptallee is Austria's No.1 running location, the venue for about 30 running events a year. These include the Vienna City Marathon and the Austrian Women's Run.

The area made global history on 12 October 2019 when Eliud Kipchoge ran the world’s first sub-two-hour marathon. 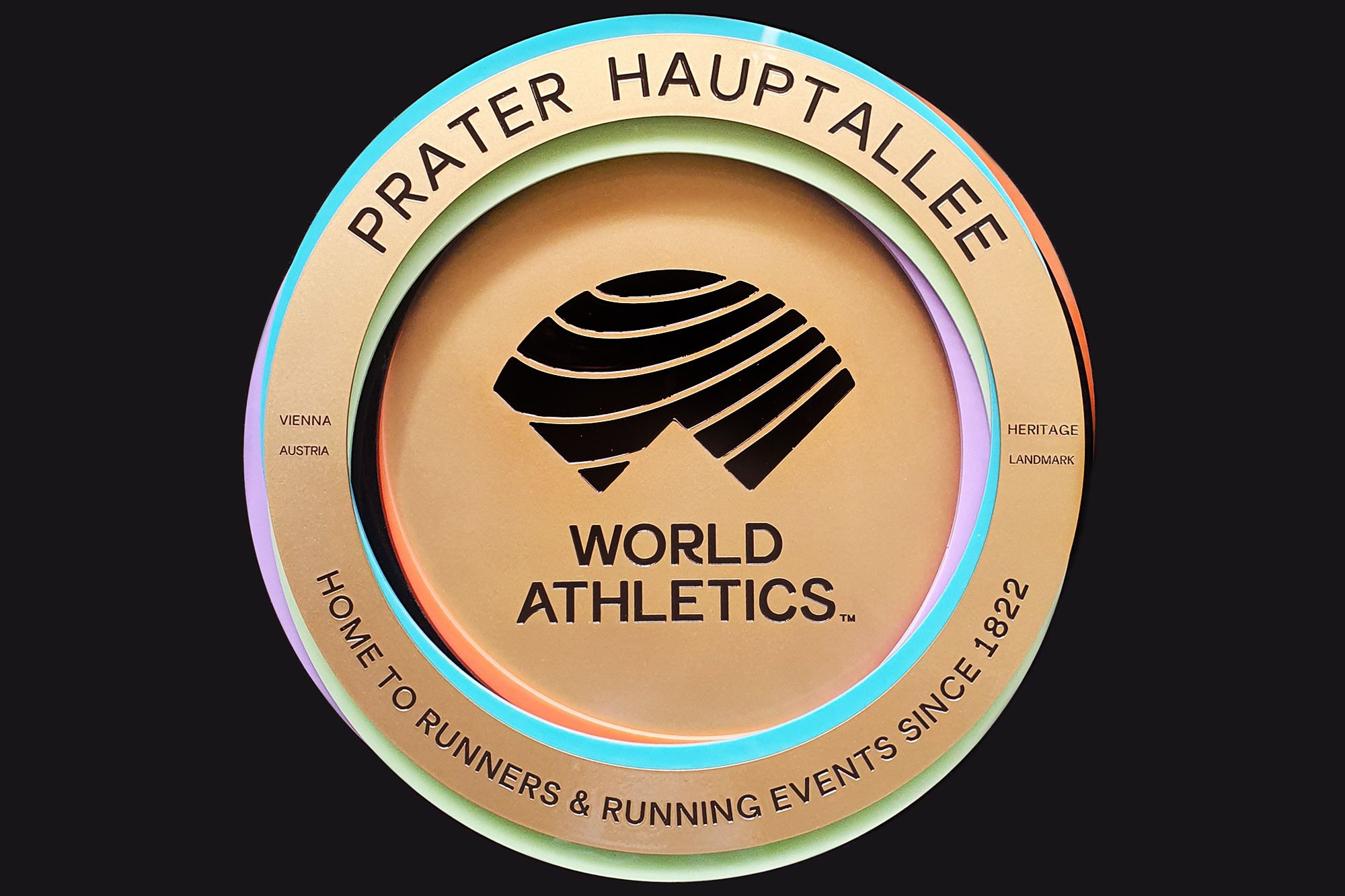 A brief history of running events on the Prater Hauptallee

‘Lauferfest’ (Runners' Festival)
Race between the professional runners (footmen) of the nobility in Vienna. A race of about 9-10km with tens of thousands of spectators was held on 1 May each year.

‘Quer durch Wien’ (Across Vienna)
The extraordinarily popular historic relay race ‘Quer durch Wien’, which was held from 1919 without interruptions until 1966, always had its finale along the Prater Hauptallee to sports ground of Wiener Athletiksport Club.

Frequent running events since 1977: including

Vienna City Marathon
Austria's largest sporting event with up to 42,000 participants. World Athletics Label. Founded in 1984. A quarter of the VCM route runs over the Prater Hauptallee.

Austrian Women's Run
First held in 1988, this event has been held in the Prater and on the Hauptallee since 1992, with a brief interruption. Up to 35,000 women take part over 5km and 10km.

Wien Energie Business Run
Annual running event for company teams in the Prater, held since 2001. Up to 30,000 participants.

INEOS 1:59 Challenge
On 12 October 2019, the Prater Hauptallee was the venue for the first marathon run within two hours. Eliud Kipchoge clocked 1:59:40.2 hours in front of 120,000 spectators in a specially prepared race. 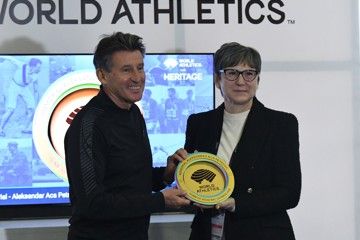 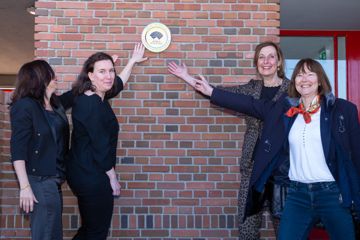