The exhibition, which is located in the Forum Nova Karolina Shopping Centre in the centre of the city, was launched on 5 June. It is open seven days a week for the next three months closing on Sunday 9 September, the last day of the IAAF Continental Cup Ostrava 2018 competition.

Mike Powell, the two-time world long jump champion, who is the IAAF Continental Cup Team Americas Ambassador, could not be here for the opening ceremony but made the trip ‘over the pond’ in the last weekend ahead of tomorrow’s Golden Spike IAAF World Challenge meeting in Ostrava.

This afternoon, Powell officially handed over to Valter Bocek, Chief Executive Officer of the IAAF Continental Cup Ostrava 2018, the USA team vest and competition numbers which he wore at the IAAF World Championships Tokyo 1991.

On 30 August 1991, in a fantastic head-to-head long jump duel with fellow American Carl Lewis, Powell’s fifth round 8.95m took the gold, breaking the world record which had been set by the legendary Bob Beamon in the Mexico Olympic Games almost 23 years earlier. In 2018, some 27 years since Toyko, Powell’s leap remains the world record.

“It’s gives me great pleasure to be here in Ostrava and to loan my Tokyo competition top and numbers for public display at the IAAF Heritage Exhibition to help tell the story of our sport’s wonderful history,” said Powell. “I look forward to returning to the city in September for the Continental Cup where I’ll act as captain for Team Americas. This is going to be fun!”

On show in the exhibition along with the bib is a signed copy of the 9 September 1991 edition of Sports Illustrated, the front cover of which has an image of Powell in-flight moments prior to setting the record. 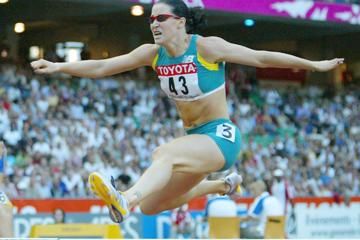 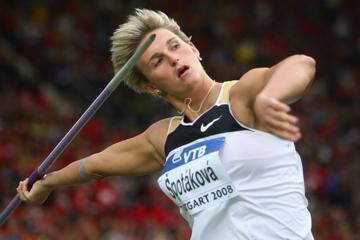 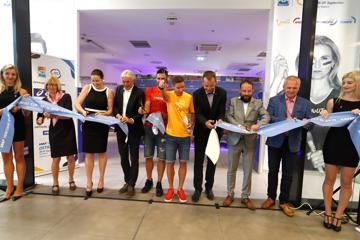 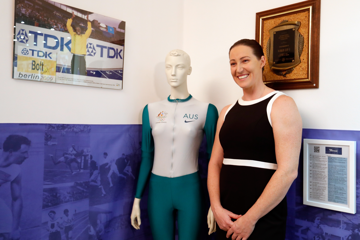