10 June 1981 remains a red-letter day in the long history of 800m running, for it was in Florence late that night that Sebastian Coe lowered his own world record from 1:42.33 to 1:41.73. Every world record is special, marking as it does an advance on anything previously achieved, but Coe's run was extra-special. That time would not be bettered for 16 long years, itself a record in the annals of the men's 800m event. 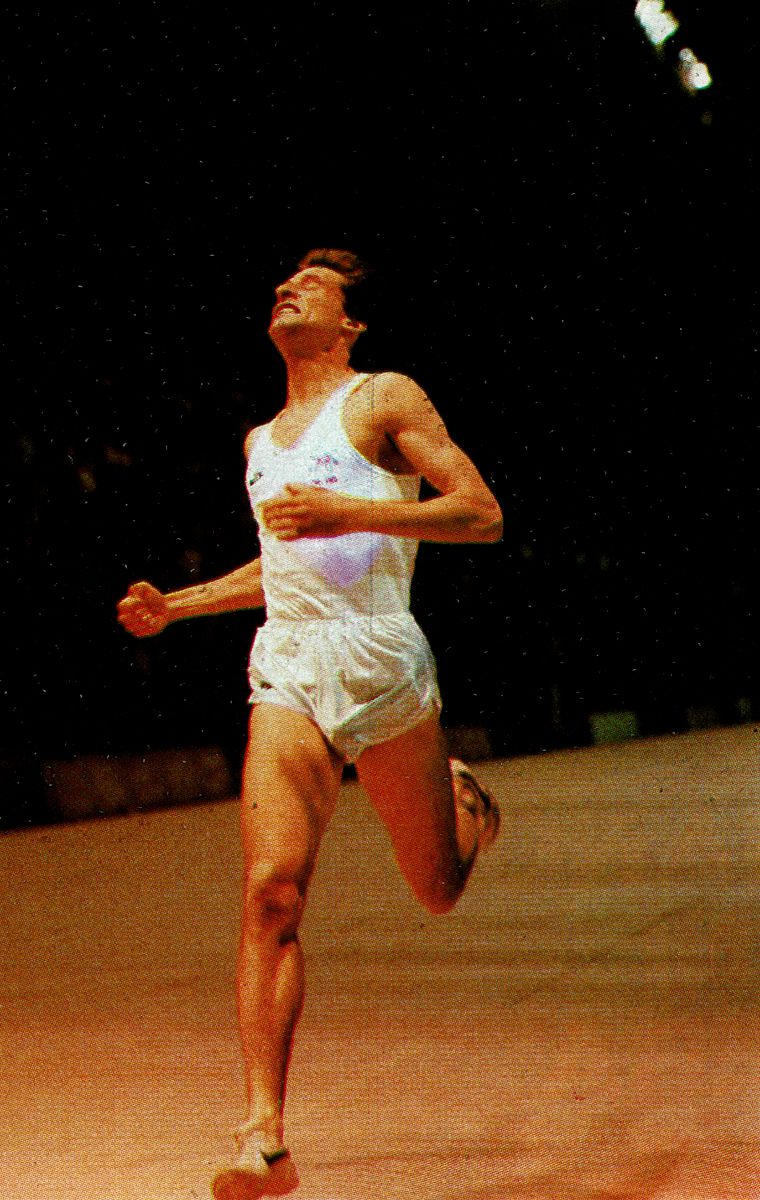 When strongly-built Alberto Juantorena won the 1976 Olympic title in a world record 1:43.50 it was widely thought that here was the man to revolutionise two-lap running. And yet, for all his speed (44.26 400m) and power, the Cuban succeeded only in clipping another few hundredths off the record with 1:43.44 at the 1977 Universiade. Instead it was the slight figure of Coe who has gone down in history as the athlete who, like Germany's Rudolf Harbig in 1939 and New Zealand's Peter Snell in 1962, pushed back the frontiers of 800m performance.

It was in 1979 that Britain's Coe established himself as one of the all-time greats of middle distance running when in the space of 41 days he shattered three world records. He started with 1:42.33 in Oslo on 5 July and was as shocked as everyone else by his time. After clocking his fastest 400m of 46.87 at the AAA Championships he returned to Oslo for the star-studded Dubai Golden Mile on 17 July. Despite being practically a novice at the distance with a best time of 3:57.67, he moved into the lead shortly before the three-quarter mark (2:53.4) and then proceeded to cover the final quarter in 55.6. He had run 3:48.95, again astonished when told he had broken New Zealander John Walker's world record of 3:49.4. As he related later: "When I looked back twice in the final straight it was fear, it was panic, not pain, that I was feeling. I certainly wasn't in the slightest distress at the finish."

Coe's athletic immortality was sealed in 1980 when he triumphed in the Olympic 1500m in Moscow to make up for his 'disastrous' run in the 800m (a mere silver medal behind Steve Ovett) after adding to his portfolio of world records by covering 1000m in 2:13.40 in his first ever race at the distance.

And so to 1981. With no major title to aim for, the emphasis was on achieving spectacular 'one-off' performances. Asked how he had prepared during the winter, Coe replied: "My training mileage is slightly down but there's been more accent on speedwork. I'm going back to basics, trying to improve my 400m speed." That approach hadn't diminished his endurance, though, for he opened his indoor season by winning the UK 3000m title in a personal best of 7:55.2. Two weeks later he smashed the world indoor 800m record with 1:46.0. "I knew I was fit, but not that fit," he enthused.

There was some confusion over Coe's final time. Because the photo-finish equipment failed to function properly it took several minutes before the record time of 1:41.73 was confirmed. As explained in World Athletics' Progression of World Athletics Records book: "The time was determined by analysis of three photo-cells positioned at three heights at the finish. All of the heights were below the torso, and the average of 1:41.726 was slower than the time would have been at chest level." The hand times were 1:41.6, 1:41.6 and 1:41.7.

Coe's immediate post-race response: "I'm very happy about the result, but it was terrible waiting the 10 minutes for the official result. It's getting under 1:42 that is the great thing for me. It was as hard a race as I have run for a long time. In the last 30 metres I was beginning to tie up but apart from that there was no problem."

Coe went through that 1981 season undefeated, collecting further world records at 1000m (2:12.18) and mile (3:48.53 and 3:47.33). Other glittering performances would follow, notably a second Olympic 1500m triumph in 1984, but as a testimony to the quality of that 800m exploit in Florence note that even now, 40 years on, only two men have gone faster: David Rudisha of Kenya and Wilson Kipketer of Denmark.

BACK
Pages related to this articleAthletes
Sebastian Coe