As he crossed the Kasarani Stadium finish line, Tadese Worku threw his arms in the air, delighted to be following in the footsteps of his idols.

The 2019 world U20 cross country silver medallist this time got the gold as he dominated the 3000m final at the World Athletics U20 Championships Nairobi 21 on Wednesday (18), leading an Ethiopian 1-2.

“I’m feeling good, I’m feeling very happy because I got the gold,” said Worku, speaking through an interpreter. “Congratulations to my country.”

The men’s 3000m was being held at the World U20 Championships for the first time and big pre-race favourite Worku was determined to make history by becoming the inaugural champion. Controlling the race, he was joined by Abdilmana and they ran together until Worku kicked to victory.

“I know myself, I prepared myself a lot in my country,” explained Worku, who saluted the stands on his way to the finish and had enough time to drop to the track in celebration and get back up again before bronze medallist Samuel reached the end of the race. “When I was running with my competitors, I tested myself, and then I tried to kick.”

His hope had been to also compete at the Tokyo Games but he was pleased to see his compatriot, role model and training partner Selemon Barega take the 10,000m title there.

“My role model is Barega,” Worku explained. “In the Olympics I saw him, I felt proud, and I followed his footsteps (to win in Nairobi). I prepared myself to be like him.” 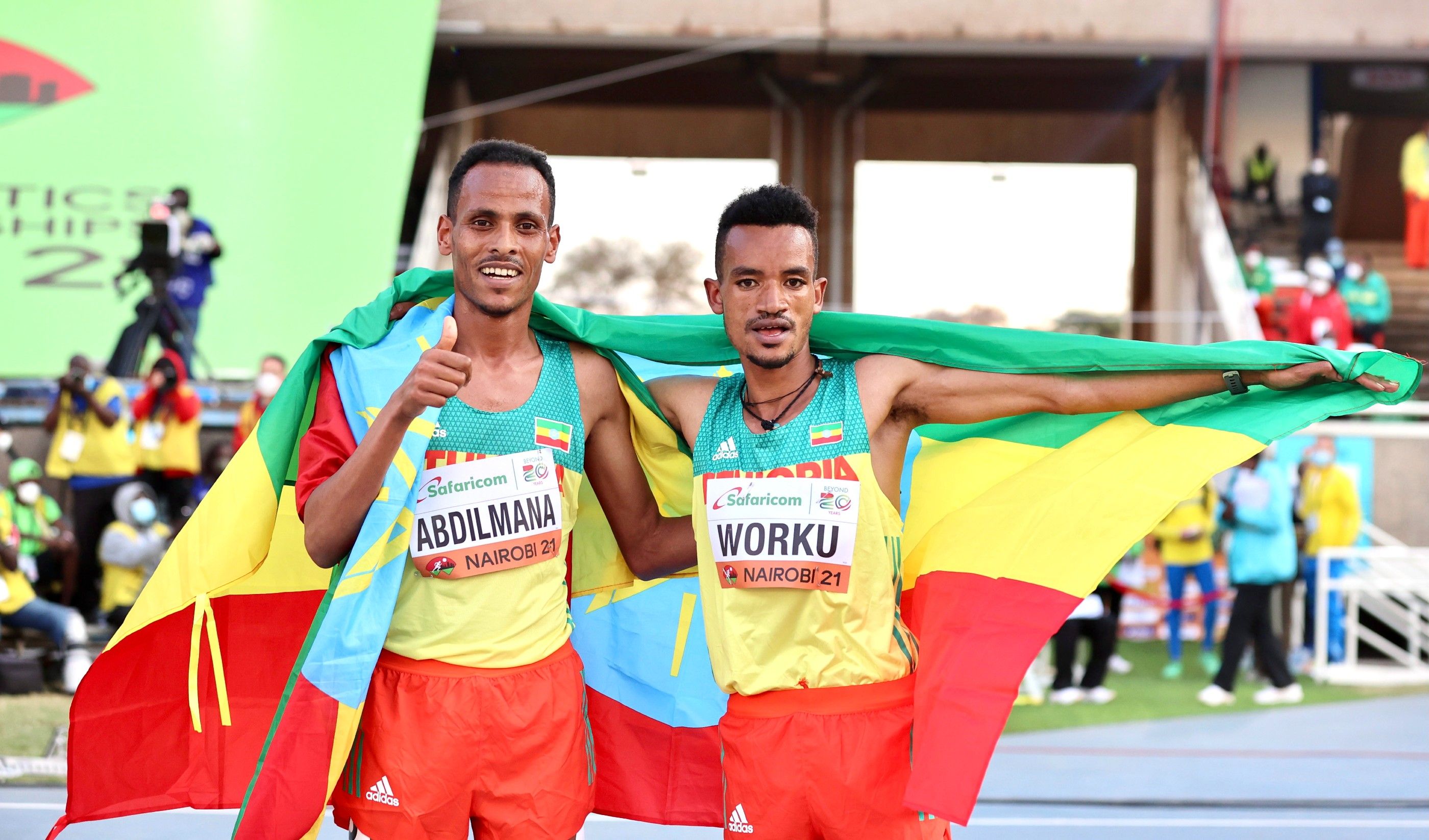 “I have been training with Teodros twice a day to get myself into better condition,” said Worku. “I was training in the centre of Addis Ababa and around Addis, in places like Sululta and others. Sometimes when we want to train in the city we train on the track at the academy.

“My training partners are legends of the Olympics and World Championships,” he added. "Muktar Edris, Selemon Barega. They are my friends and I have been training with them.”

And now Worku also has a global gold medal, just like them.

BACK
Pages related to this articleAthletes
Tadese WORKU