Tokyo Plus One (© Getty Images)

Today was originally set to be the eve of the athletics competition at the Tokyo 2020 Olympic Games. Now, of course, athletes have 12 more months to wait before track and field action gets underway in the Japanese capital exactly one year from today.

For some, the extra year may feel like a lifetime of waiting. For others it can’t come around soon enough. And for a select few, it has given them something of a lifeline.

The likes of David Rudisha and Wayde van Niekerk were among the biggest stars of the last Olympic Games in Rio, winning the 800m and 400m respectively. But in recent years, most of their time has been spent away from the track and rehabbing their way back from injury.

“The year has really saved me,” said Rudisha, who was rounding into form at the start of the year but was then forced to undergo ankle surgery at the end of May. “It took a lot of time to get fit and it would have been difficult to qualify in June for the Olympics. The ankle fracture will now throw me back, but I hope that by September I will be able to start building up again. That would then give me a normal preparation period leading into an Olympic year.” 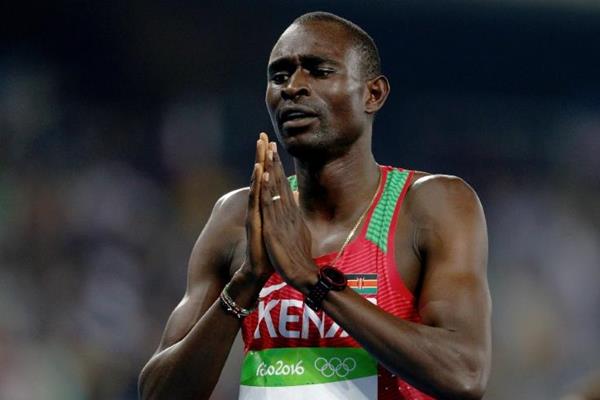 Van Niekerk is a bit further along in his comeback, having clocked 10.10 and 20.31 over 100m and 200m earlier this year. But the South African sprinter knows the extra year will be hugely beneficial as he aims to get back into the form that carried him to a world 400m record of 43.03 in Rio.

“There’s time to work on specific areas that need your attention,” he says. “You can find positives wherever you look for them, you just need to sit back and see where you need to work.”

Van Niekerk will still be in his twenties by the time the Tokyo Olympics take place in 2021, but for athletes the other side of 30 – or, in some cases, aged 40 and above – trying to stay in peak form could pose a challenge. It is one they’re willing to tackle, though.

“The age is here, but I’m optimistic now,” said javelin world record-holder and two-time Olympic champion Barbora Spotakova, who will turn 40 next June. “At first I was disappointed [about the Tokyo 2020 Olympics], but otherwise I told myself that I have a new coach now and it’s our first season together. Next season will be better.”

Spain’s Jesus Angel Garcia, meanwhile, celebrated his 50th birthday last October, just three weeks after finishing eighth in the 50km race walk at the World Athletics Championships Doha 2019. When the Tokyo Olympics takes place in 2021, he will be just a few months shy of his 52nd birthday. He’s determined to make it to his eighth Games – a record tally for athletics.

“Performing well in Doha in such difficult conditions makes me feel optimistic ahead of the Olympic Games,” said Garcia. “That is pretty much a motivation to start a new career in my 50s. I began my career in Barcelona 1992. And even if I’ll be forced to end it, I want this to happen in Tokyo in the 50km race walk.

“I will continue fighting to be able to retire in Tokyo,” he recently told Mundo Deportivo. “I do not want the coronavirus to force me off from that end point.” 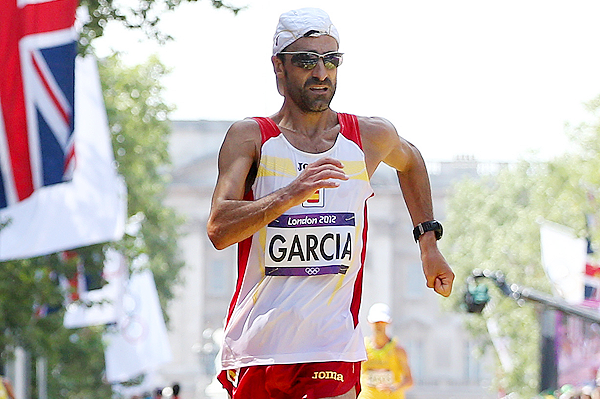 “I know one year doesn’t sound much, but for me, because of my age, wanting to start a family and because of my injuries, I felt overwhelmed,” she said.

“I talked to my family and decided I didn’t want to be done in a season like this. There are goals and aspirations I haven’t accomplished yet. I wanted to give it one more year to see what I can do. Over the last couple of years the high jumpers have really come close. I didn’t want it to end with a year like this.

“I think having this year to go back to the basics has actually been really good for me,” she added. “I missed so much strength training when I hurt my back a couple of years ago. This year has given me much more time to focus on the prehab and rehab to get strong again and I felt no stress because I don’t have anything to prove.”

Fellow high jumper Mutaz Barshim admits there’s a lack of incentive to train at the moment. But the world champion also realises the ‘down year’ may be good for his injury-prone body.

“If there’s no target, then it’s difficult to find the motivation to train,” he said in an Instagram live chat. “High jump takes so much pressure on the body. Sometimes I want to jump but I am not able to sometimes because my body needs time to recover.”

Multiple world and Olympic champion Valerie Adams gave birth to her second child in March 2019 and returned to action earlier this year, competing at four domestic competitions. Although she threw beyond the Olympic qualifying mark in all of those outings, another year of training could see the 35-year-old return to 20-metre-plus form.

“This mama is still pumped to continue the journey to Tokyo 2020 – the 2021 edition,” she recently posted on her Facebook page. 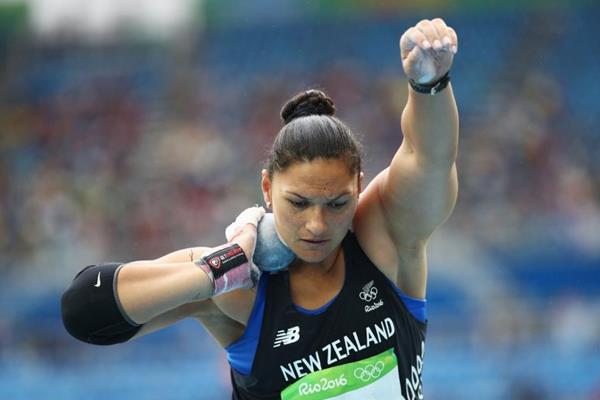 Perhaps inspired by athletes such as Adams who have rebounded well after childbirth, German sprint hurdler Cindy Roleder realised that the extra year before Tokyo could offer her a chance to start a family and still get back into racing form.

“When it was decided the Olympics would be postponed, my husband and I really began doing the maths,” she said. “For me, the wish to have children had been on my mind for a while, but my plan had always been to complete this Olympic cycle. Of course, things now went differently to what I had planned for, but for some reason my desire to have a child suddenly outweighed my hopes of having an Olympics in this uncertain year. We decided to try for a baby and luckily it worked right away.

“The expected due date is between Christmas and New Year,” added the 2015 world silver medallist. “If everything goes well, the baby is doing well, I’m doing well, then I will definitely aim for Tokyo and attempt to be competitive by then again. I’ve certainly been following other mothers in the sport. A prime example in my event is Nia Ali, with not one, but two children – two little children – who came back stronger than ever and that really motivated me in believing that I could achieve that, too. Why shouldn’t it be possible?”

An extra year will also be beneficial to the up-and-coming generation. Athletes such as US sprinter Sha’Carri Richardson, Dutch 400m hurdler Femke Bol, French all-round talent Sasha Zhoya and pole vault world record-holder Mondo Duplantis – all aged 20 or younger – have produced some stunning performances over the past year or two. With another year of training under their belt, they could be fitter, faster and stronger in 2021.

“Obviously I was very disappointed when the news came about the postponing of the Olympics,” said Bol, who recently clocked a Dutch 400m hurdles record of 53.79 in what’s just her second season in the event. “But I feel it gives me a chance to train harder, improve my technique and get more experienced in the 400m hurdles.” 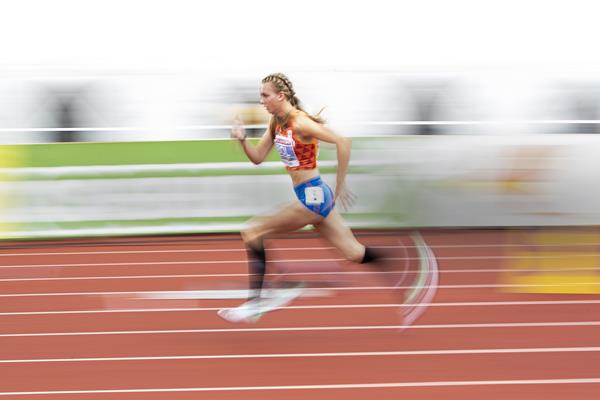 Zhoya, meanwhile, hadn’t thought about contending for a place on France’s Olympic team when the Games were due to be held in 2020, but it could be something he targets next year.

“When Tokyo was originally set to take place in 2020, as I would have only just come out of the U18 category, I knew my chances of getting the qualifying time would be extremely low,” said the 18-year-old, who set a world U20 60m hurdles record of 7.34 during the indoor season. “But with the Games being pushed back, for me it means a whole year to be in elite competition and puts Tokyo 2021 on my radar a little more than before. My priority, though, for 2021 is still the World U20 Championships in Nairobi.”

The Olympic Games were firmly on Mondo Duplantis’s radar at the start of the year. The Swedish pole vaulter began 2020 in tremendous form, twice breaking the world record. Undefeated in all eight of his competitions so far this year, he would have headed to Tokyo as one of the biggest gold medal favourites. But even he is able to see the bigger picture.

"It's been an unexpected season in so many ways,” he said. “People have it so much worse than we do as athletes, so I'm not going to complain. Next year is going to be great and I don't see why I can't get into even better form next year.” 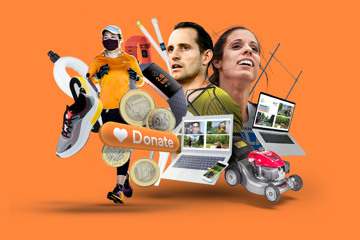 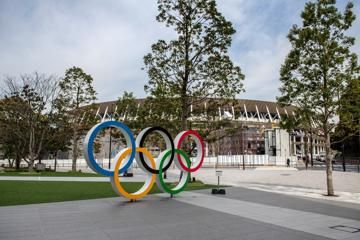