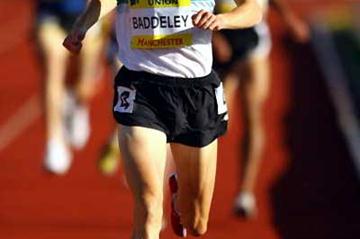 England Athletics, one of the four home countries associations within UK Athletics, the IAAF Member Federation, is aiming to stage its first ever senior national track and field championships next summer.

A significant step will also see organisers align itself with tradition by resurrecting the name of the world renowned Amateur Athletics Association (AAA) Championships, which ceased after the reform of athletics in the UK in 2006.

England Athletics feels this move is a necessity in that, as with the other three home countries within the UK Athletics framework, they should host an annual event. It now intends organising a two day competition next year and is in talks to establish a memorandum of understanding for Newcastle-based sports company Nova International to market and promote the event.

Dates and the venue for the championships are still in the planning stages although they are expected to take place towards the end of the summer season after the World Championships in August.

Andy Baddeley, an Olympic 1500m finalist in August and Becky Lyne the European 800m bronze medallist who both claimed victory at the AAA's swansong in Manchester two years ago, have welcomed the return of the domestic championship to the calendar.

Baddeley said: "I think it's a really good idea. The criticisms we athletes have is that we don't have the racing experience for major championships. This would help immensely."

The history of athletics is one of my great interests and I keep in touch with my first coach Dave Jeffs who felt passionately about the AAA's. When I came second he said to me wouldn't it be great if one day I could win the title? He was as thrilled as I was when I did."

Lyne recalling her victory said: "Definitely - It was a great feeling as I did it against some of the best runners in the country and to win meant a lot as it wasn't a hollow victory. I also won the junior title so to do the same as a senior fulfilled another ambition."