European heptathlon champion Anouk Vetter is one of five Dutch combined eventers who will be heading to the Hypo Meeting, part of the IAAF Combined Events Challenge, in Gotzis on 27-28 May.

The 24-year-old enjoyed a big breakthrough last year, setting a Dutch record of 6626 to win the European title before going on the place 10th at the Olympic Games in Rio. This will be her fourth appearance in Götzis, her best result to date being a sixth-place finish in 2015 with what was then a PB of 6458.

She will be joined in the Austrian town by compatriots Nadine Broersen, the 2014 world indoor champion, and 2014 world U20 bronze medallist Nadine Visser, who set a PB of 6467 in Götzis in 2015. Sweden’s Bianca Salming, who finished fourth at last year’s World U20 Championships, will be making her Hypo-Meeting debut.

There will also be a strong Dutch presence in the decathlon. 2013 European indoor champion Eelco Sintnicolaas set a Dutch record of 8506 when finishing second in Götzis in 2012. After a difficult 2016 season, the 30-year-old will be aiming to return to top form in what will be his seventh Hypo-Meeting appearance.

Pieter Braun, the European under-23 champion who set a PB of 8197 in Götzis two years ago, completes the Dutch entries for the Hypo-Meeting. 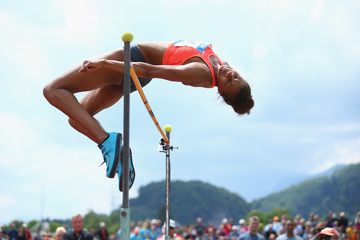