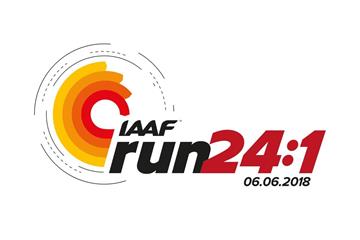 Adams to serve as official starter for IAAF Run 24:1 campaign on 6 June

Athletics legend Valerie Adams will serve as the official starter for IAAF Run 24:1, a series of 24 one-mile runs that will be contested around the world to celebrate Global Running Day on 6 June.

The IAAF Run 24:1 initiative, which will be held in two dozen cities across 15 time zones, will commence in Auckland, New Zealand, where Adams, the two-time Olympic and four-time world champion in the shot put, has been named City Captain for the event.

"Did you know that more people run in the world than do any other sport?" Adams, the Vice-chair of the IAAF Athletes Commission said. "Running is the basis of all sports. And I would like to invite you to join me in the one-mile run in Auckland, part of the IAAF Run 24:1 series."

From Auckland, the initiative will cross Oceania to Australia and enter Asia in Tokyo, spanning across the globe before concluding with the day's final race in Vancouver on Canada's Pacific coast and in the process uniting tens of thousands of runners in 23 countries in this "simultaneous" worldwide celebration of running.

The IAAF will provide around-the-clock coverage on the event's dedicated website, run24-1.org, with a live stream and related stories from each of the 24 races, as well as across all of its social media platforms.

For those wishing to take part, registration via the IAAF Run 24:1 website is now open.