Dwight Phillips at the 2007 World Championships in Osaka (© Getty Images)

USA’s Dwight Phillips has donated a pair of spikes to the IAAF Heritage Collection which is currently on public display in Qatar ahead of the IAAF World Athletics Championships Doha 2019.

Phillips, the 2004 Olympic and four-time world long jump champion, has given the shoes which he wore when leaping to bronze at the 2007 IAAF World Championships in Osaka.

The spikes were symbolically handed over to the collection in Doha via the safe hands of Qatar’s best young long jumper, 18-year-old Rasheed Abdullah Al-Suwaidi, who trains in Aspire under the guidance of coach Al Walid Abdullah.

“I’m really pleased that my Osaka spikes will now sit in the IAAF Heritage Collection alongside the kit of Jesse Owens, Carl Lewis and Mike Powell to name but a few.

“I hope the spikes will be an added attraction for fans and help motivate young athletes like Rasheed to aim high in their careers,” confirmed Phillips, who also took gold at the 2003 IAAF World Indoor Championships.

Display at the IAAF Heritage Exhibition in Doha

The spikes will be on show until the 7 October in the IAAF Heritage World Athletics Championships Exhibition which was opened last month by IAAF President Sebastian Coe and Dahlan Al Hamad, IAAF Vice President and Director General of the IAAF World Athletics Championships Doha 2019 local organising committee. The exhibition is situated in the City Center Doha, the largest shopping mall in Qatar. 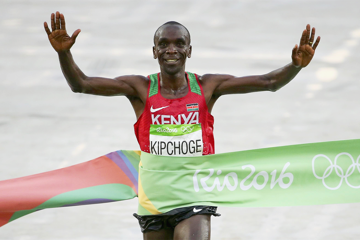 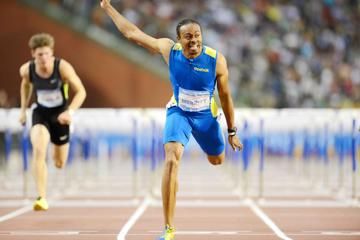 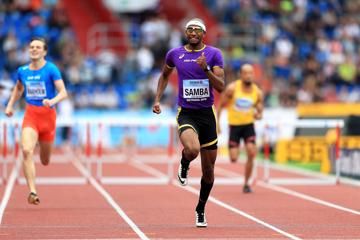 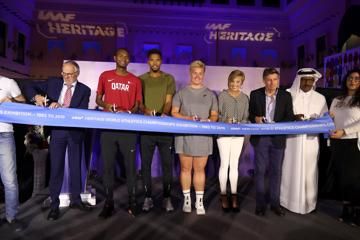