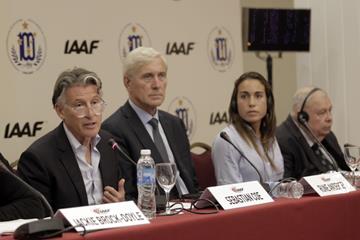 Following the endorsement of Nairobi as the host of the 2020 IAAF World U20 Championships at its meeting in Buenos Aires yesterday, the IAAF Council has made a number of other key decisions on subjects including the new host city bidding rules, transfer of allegiance, the anti-doping obligations of member federations and the Russian Taskforce.

These are detailed below.

Under the new bidding rules, the Council was informed of the discussions with European cities and approved the recommendation that Budapest be declared the preferred European city to host the IAAF World Championships in 2023.

The process now is for a full technical, financial and risk evaluation to be undertaken with the results presented to the Council in December. At that stage a final decision will be made.

The IAAF Council agreed to reinstate transfer of allegiance under new rules, with immediate effect.

In February last year, the Council froze the transfer of allegiance rule so it had time to develop a solution to the growing problem of athlete trafficking.

The new rules, which will be sent to member federations in the next few days and posted on the IAAF website, enshrine the following key principles that were approved by Council in March.

- a minimum three-year waiting period before an athlete may transfer to represent another member;

- establishment of a review panel to make determinations on the credibility of applications;

- the provision of evidence that countries are offering full citizenship and associated rights;

- the provision that an athlete can transfer only once; and

- that no transfers take place before the age of 20.

As there are area championships approaching in the next few weeks, the transfer of allegiance Review Panel will endeavour to process those that have been held in the system as quickly as possible.

Athletes and member federations will be required to complete new paperwork and sign a declaration before their case is reviewed by the panel. No athlete is able to confirm they have transferred to another territory or country until the review panel has made a final decision.

The IAAF Council has approved new regulations which will spell out the obligations of its member federations in the fight against doping.

Previously, the obligations under the anti-doping code were focused primarily on individuals rather than member federations. The Athletics Integrity Unit recommended the new regulations to the IAAF as a crucial step in protecting the integrity of the sport.

The IAAF will divide member federations into three different categories which will have different obligations based on their level of success in athletics and the risk of doping.

The current watch list of four member federations (Kenya, Ethiopia, Belarus, Ukraine) will be folded into Category A, which will include those member federations most at risk of doping. The national team athletes from these federations will have to undergo at least three out-of-competition doping tests in the ten months before a World Championships or Olympic Games.

Category B will include the other federations who are competitive at international level.

Category C will include federations with very few international-level athletes.

Category A and B federations will be required to ensure athlete drug-testing plans are submitted to the IAAF before each World Championships or Olympic Games.

Under this system, the AIU will have responsibility for monitoring and reporting breaches, but the IAAF Council will determine any sanctions.

The Council noted significant progress by the Russian Federation in meeting the outstanding requirements, and in some cases going above and beyond what was required, but has decided that the Russian federation’s suspension will remain in force until its next meeting in December.

Chair of the Russia Taskforce, Rune Andersen, outlined in his report to Council the three main requirements still outstanding:

- Payment of the costs incurred by the IAAF as a result of the Russian crisis, including the costs of the Taskforce and the costs of the various CAS cases. RusAF has made a written commitment to pay all of those costs once they are finalised.

- Reinstatement of RUSADA by WADA, which depends upon:

- The Russian authorities acknowledging the findings of the McLaren and Schmid Commissions that officials from the Russian Ministry of Sport orchestrated the doping conspiracy and cover-up described in their reports; and

- The Russian authorities providing access to the data from testing of samples at the Moscow lab from 2011 to 2015, so that the IAAF and other sports concerned can determine whether the suspicious findings reported in the Moscow lab’s LIMS database should or should not be pursued as adverse analytical findings.

The Taskforce explained that it understood WADA was communicating with the Russian authorities to try to resolve these points before the meeting of the WADA ExCo in September 2018, where it hopes there will be a breakthrough.

The Council also received progress reports on the new world ranking system, which it intends to introduce next year; the re-structuring of the global calendar to allow clear periods for our road racing and indoor and outdoor seasons, ending with the World Championships; and plans to revamp the Diamond League which the Council agreed was vital to the sport remaining relevant to athletes and fans.

Commenting on the 214th IAAF Council Meeting, President Sebastian Coe said: “This has been a busy two days with a number of important decisions taken. However, as always on these occasions, we were also able to discuss some of the issues that cause concerns with athletes and fans.

“We discussed the need to address the issue of large numbers of athletes at the Diamond League wearing identical kit, which causes confusion for spectators and broadcasters. This has to change and a group has been set up to drive this change.

“We also discussed the need to amend and improve governance and control of athlete representatives to better protect and support athletes. We must hold athlete representatives to the same rigor and governance that we hold athletes and ourselves. The current regulations will be reviewed with new more centrally controlled regulations presented to the next Council Meeting in December.”

The Council also agreed that authorised neutral athletes may be selected by European Athletics to be part of their team for the IAAF Continental Cup in Ostrava in September given performances at the European Championships in Berlin will be used to select the team.