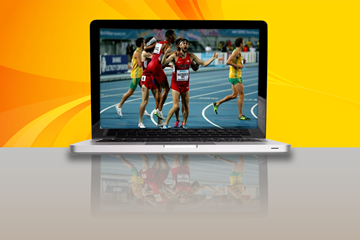 Where to watch the IAAF/BTC World Relays Bahamas 2017

The IAAF continues to work tirelessly to bring its events to athletics fans across the globe who this weekend have the opportunity to watch the very best relay teams in the world in action.

The third edition of the IAAF/BTC World Relays Bahamas 2017, Saturday 22 / Sunday 23 April, will see 35 teams competing for US$1.26 million in prize money, the Golden Baton trophy and qualification spots for men’s and women’s 4x100m and 4x400m at the IAAF World Championships London 2017.

Action from Nassau’s Thomas A Robinson Stadium will be available to watch across all the IAAF’s continental Areas via a combination of coverage on the channels of several broadcasters and a geo-blocked live stream which will be available in more than 110 countries* .

Team up with your friends, family or training partner and build a team of four. During the live stream on Saturday and Sunday, we will ask you in the chat who you think will win a relay. The first to give the right answer will see each member of their team winning an alarm clock offered by our partner SEIKO. 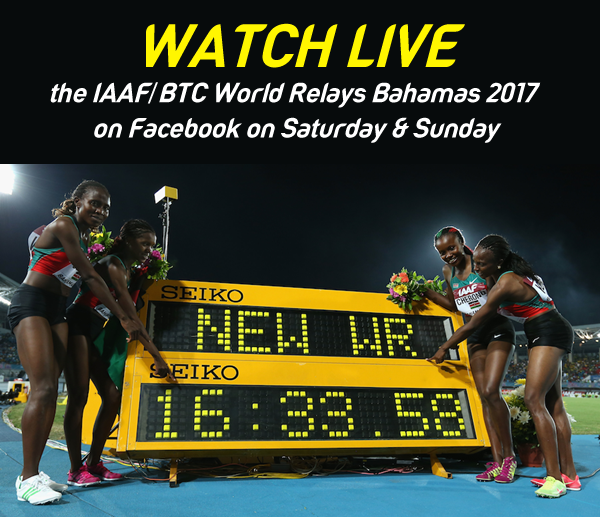 * We will be updating those lists as further broadcasting intentions are confirmed.