Today marks 30 days to go until the IAAF World U18 Championships Nairobi 2017, the 10th edition of the biennial event which this year takes place in the Kenyan capital.

It will also be the final edition of the championships as the IAAF will move its focus for the under-18 age group on to continental championships.

Nevertheless, the IAAF World U18 Championships has proved to be a crucial stepping stone in the development of many of our sport's stars.

All have since gone on to win at the Olympic Games or IAAF World Championships, and in some cases both.

This group subsequently became household names in their own countries and gained wider recognition beyond their national boundaries with not only specialist athletics fans, but often with the general public as well.

Winners from the following two championships are also now in their early 30s and many have already made a big impact as well.

US sprinter Allyson Felix and New Zealand shot putter Valerie Adams were among the winners in 2001 while Jamaican sprint superstar Usain Bolt lit up the 2003 edition.

Bolt had the same effect on his rivals back then that he had on his opponents at the past four IAAF World Championships and three Olympic Games, winning the 2003 world youth 200m title by more than half a second in a championship record of 20.40.

“The World Youths were a big part of my education as an athlete,” said Bolt. “They were in Canada and it was the first time I'd raced outside of the Caribbean. I remember I went there feeling confident about what I could do on the track, but it was all those other things, like food and a being in a strange city, that made me think 'It's a really big world out there’,”

One thing is certain: the IAAF World U18 Championships provides a vision of the future personalities and top performers of the sport.

The geographical spread of the origins of the past winners also gives a sense of the global appeal of the championships and the sport's importance to developing generations around the world. This was the intention of former IAAF President Primo Nebiolo, the moving force behind the establishment of the championships.

“I personally campaigned hard for this new addition to the World Athletics Series because we must fight harder than ever to gain the attention of young people today,” said Nebiolo in 1999, just ahead of the first championships.

“The IAAF World Youth Championships is not just another athletics competition; it is an opportunity for youngsters to gain valuable experience, to improve personal bests and to build friendly relationships with their rivals from every corner of the world,” he added.

Even though 1999 is the date in the history books marking the first time that the IAAF World Youth Championships – as it was then known – was held, its genesis can be traced back to several years before.

Nebiolo, who witnessed first-hand his brainchild coming to fruition before sadly passing away later that year, had campaigned since the mid-1990s for such a championship at a younger age group below the IAAF World Junior Championships, which had been going strong since 1986.

“The IAAF is one of the few international sports federations which does not organise world-level competition for athletes younger than juniors,” he said in 1996, inspired in particular by the international football tournaments for younger age-group players.

The IAAF Council in March 1997 put forward a proposal to the IAAF Congress that was being held later that year, before the IAAF World Championships in Athens, for such a championship to be established. Congress then gave its seal of approval to an event for under-18 athletes.

In March 1998, the bid by Bydgoszcz to become the first host was accepted by the IAAF Council.

Completing the gestation cycle, just after 17:30 on Friday 16 July 1999, Ladji Doucouré  took just 13.26 to go over 10 barriers and win the boys’ 110m hurdles gold medal and be crowned the first ever world youth champion.

“Whatever, I have done since then, winning that gold medal will always have a special place in my heart,” said the Frenchman.

The success of the championships can be gauged by the fact that it started off as a three-day affair, with 1055 boys and girls from 131 of the IAAF member federations competing.

The championships have now grown to be a five-day event with record numbers being set of 1407 athletes in action at the 2013 edition and 177 nations taking part in 2005. 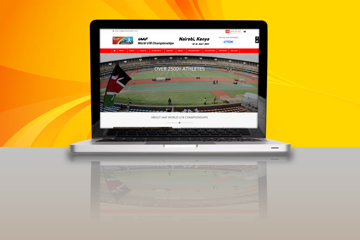 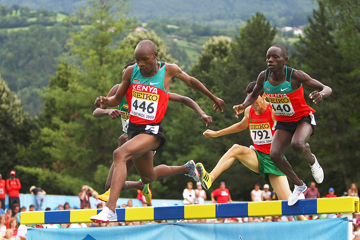 Kenya set to add to past successes at IAAF Wo... 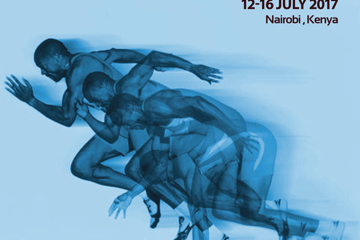 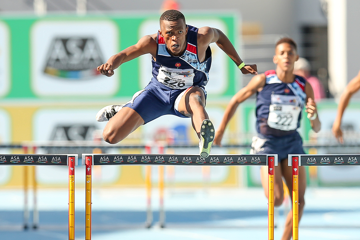