The athletics track at the Olympic Games (© AFP / Getty Images)

With exactly two years to go until the athletics action gets underway in the Japanese capital, the IAAF has published the qualification system for the Olympic Games Tokyo 2020.

The qualification system was approved at the IAAF Council meeting in Buenos Aires last week and includes details of the entry numbers for each discipline and the qualification timeline.

Athletes can qualify in one of two ways:

Entry standards will be approved and published later this year, but will be set for the sole purpose of qualifying athletes with exceptional performances unable to qualify through the IAAF world rankings pathway.

The Olympic Games Tokyo 2020 will open on 24 July with the athletics programme starting on 31 July.

Earlier this month, the International Olympic Committee (IOC) Executive Board approved the competition schedule for the Olympic Games Tokyo 2020, outlining the start and finish times of each session. The more detailed competition schedule, identifying the individual times of specific events, will be announced by the spring of 2019.

The Tokyo Organising Committee of the Olympic and Paralympic Games (Tokyo 2020) also recently announced an outline of ticket prices for the Games. There are a wide range of prices aimed at allowing as many people as possible to enjoy Olympic events, including millions of tickets at affordable prices, with half of all tickets priced at JPY 8,000 or less. Fans will be able to apply for tickets from the spring of 2019. 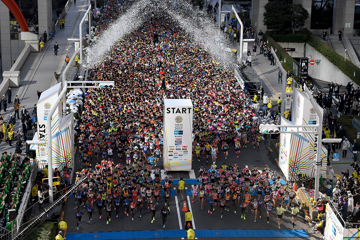