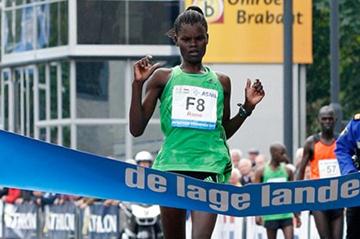 Former winners return to Lagos in attempt to break records

Two past winners of the Access Lagos City Marathon will return to the Nigerian city on Saturday (10) in an attempt to rewrite the record books for the IAAF Bronze Label road race.

Kenya’s Rodah Jepkorir set a Nigerian all-comers’ record of 2:37:52 when she won last year, breaking the 2:38:36 set by Ethiopia’s Halima Hassen Kayo one year prior. Both women will be back in Lagos on Saturday and will face a strong field.

Georgina Rono is the fastest woman in the field. Although her PB of 2:21:39 dates back to the 2012 Frankfurt Marathon, her 2:28:52 clocking from last year still makes her one of the fastest entrants based on recent form.

Ethiopian duo Tigist Girma and Bekelech Daba Bedada are also expected to challenge for the top spot. Girma set a PB of 2:29:05 in Beirut last year, while Bedada finished third at the recent Saitama Marathon in 2:30:06, just 16 seconds shy of the PB she set in Nagoya in 2016.

With a best of 2:05:16, Levy Matebo Omari is one of the fastest entrants. Although his PB was set seven years ago, the 28-year-old Kenyan has maintained a consistent level of performance and most of his recent marathons have been in the 2:10 range. Depending on the conditions, the course and the competition, he might not even have to run as fast as that to win on Saturday.

But there are other entrants capable of running that kind of time, though. Shadrack Kipkosgei, for example, set a PB of 2:10:39 in Seville just last year. Fellow Kenyan Dominic Kimweitch Kangor, a 2:09:36 performer at his best, came within a couple of minutes of his PB in 2017. And Ethiopia’s Ketema Bekele Negasa was in PB form just a few months ago, clocking a lifetime best of 2:11:07 to finish second in Cape Town.

Ethiopia’s 2013 world bronze medallist Tadese Tola is also on the entry list. A 2:04:49 performer at his best, the 30-year-old hasn’t replicated that kind of form in the past two years. His fastest – and only completed – marathon last year was a 2:16:44 clocking in Toronto.