The IAAF World Indoor Tour heads to the Spanish capital on Thursday (8) for the Madrid Indoor Meeting, the third stop of the series after exciting meetings in Karlsruhe and Dusseldorf.

Some of the more in-form athletes will assault the world leading performances in their respective events and the local crowd will be delighted to witness some of the top Spaniards fighting for victory against high quality fields.

Tomas Stanek highlighted the Dusseldorf meeting with a huge 22.17m heave, a massive PB for the 26-year-old Czech thrower to extend his leadership on this season’s list.

The European indoor silver medallist will have to tackle Konrad Bukowiecki, the man who finished ahead of Stanek in Belgrade last year. The Polish prodigy boasts a season’s best of 21.23m while Croatia’s Stipe Zunic set a PB of 21.13m in Dusseldorf. USA’s two-time world indoor champion Ryan Whiting is rounding into form with each competition this year and improved to 20.23m in Dusseldorf.

Genzebe Dibaba showed in Karlsruhe that she is in top form as she came relatively close to her world indoor 1500m record of 3:55.17 by clocking 3:57.45. But after falling short in her world indoor 1000m record bid in the altitude of Madrid last year, the Ethiopian has decided not to chase records at this year’s meeting.

Instead, her goal in the 1500m in Madrid will be to simply win against a quality field that includes Germany’s European indoor silver medallist Konstanze Klosterhalfen, who finished runner-up to Dibaba in Karlsruhe in a PB of 4:04:00. 2014 world indoor silver medallist Axumawit Embaye of Ethiopia and Poland’s European champion Angelika Cichocka should also be a factor.

Two-time world champion Maria Lasitskene is enjoying a fantastic indoor season. The 25-year-old has won all five of her outings so far, topped by a world-leading 2.04m in Volgograd. Her main opponents in Madrid will be Bulgaria’s Olympic silver medallist Mirela Demireva, world U20 champion Michaela Hruba of the Czech Republic, Britain’s world and Olympic finalist Morgan Lake and Germany’s 2016 World Indoor Tour winner Marie-Laurence Jungfleisch.

The men’s 400m should be one of the main highlights, largely thanks to the presence of two-time world indoor and three-time European indoor champion Pavel Maslak.

The Czech star has still to make his debut over the distance this indoor campaign but clocked 32.52 for 300m a fortnight ago in Ostrava and so he seems ready to run fast on Thursday. The 26-year-old will have to be at his best as in-form Spaniard Óscar Husillos will also be in attendance.

Watch out too for 2012 Olympic silver medallist Lugelin Santos, also fresh from a 33.16 300m effort in Ostrava. Last year, the 25-year-old from the Dominican Republic ran superbly in Madrid (45.80 for second) and should be a factor tomorrow alongside Slovenia’s Luka Janezic, holder of a 46.02 season’s best.

The shortest event on the programme, the men’s 60m, presents an interesting clash between Yunier Pérez and Michael Rodgers. In Dusseldorf on Tuesday night, just four thousandths separated the duo with Perez being given second place ahead of the US sprinter, both clocking 6.52. A victory from Perez would be enough to propel him to the top of the World Indoor Tour standings. Britain’s 2014 world indoor champion Richard Kilty is also in the field.

De Arriba to push Kszczot to the limit

The men’s 800m looks set to be just as thrilling as once again an in-form Spaniard takes on a multiple European indoor champion.

Poland’s Adam Kszczot, a three-time European indoor champion at 800m, is fresh from a 1:46.47 win in Dusseldorf after a successful 2017 campaign which included earning the world silver medal in London and a third European indoor title in Belgrade earlier in the year.

Spain’s Álvaro de Arriba, who clocked 1:45.43 in his hometown of Salamanca last Saturday, grabbed the European indoor bronze medal behind Kszczot last year. He will be joined by compatriots Saúl Ordóñez, who finished third in Karlsruhe in a massive PB of 1:46.96, European indoor fourth-place finisher Daniel Andújar and outdoor Spanish record-holder Kevin López.

Other notable entrants are Burundi’s world indoor silver medallist Antoine Gakeme, who is based in Spain, and 2013 world champion Mohamed Aman of Ethiopia. Both will be making their season debuts.

Pedro Pablo Pichardo is the marquee athlete in the men’s triple jump. A member of the exclusive 18-metre club, the Portugal-based Cuban’s main contenders will be 2008 Olympic champion Nelson Évora, who will be looking for an improvement on his season’s best of 16.38m, Cuba’s Alexis Copello and Brazil’s Almir Dos Santos, the only entrant having leapt beyond 17 metres this winter.

In the women’s event, Israel’s 2015 world silver medallist Hanna Minenko will make her season’s debut against a field that includes Greece’s world indoor bronze medallist Paraskevi Papahristou and Spain’s 2012 world U20 champion Ana Peleteiro, both of whom have already jumped beyond 14.20m this year. 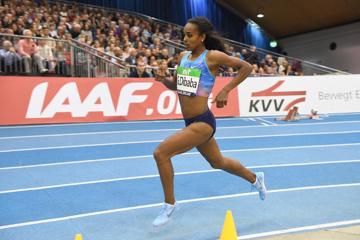 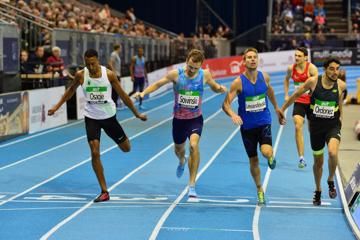 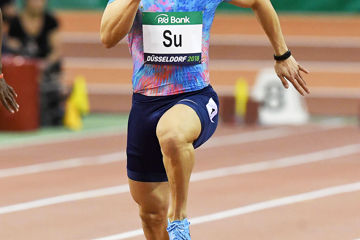