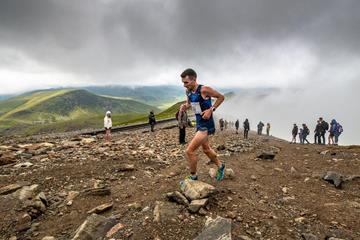 The World Mountain Running Association World Cup continues with the Drei Zinnen Alpine Run on Saturday (14), the sixth of seven stops in the 2019 series.

The Drei Zinnen, which takes place in the heart of Italy's Dolomite region near Sexten (Sesto), features a 16.5km course with an altitude gain of 1350m.

With just two races left, the men’s cup title is now firmly in the hands of Andrew Douglas. The Scotsman maintained an impressive runaway win this season winning the first four tests and finishing sixth at the Sierre Zinal race last month. Douglas will just need to start in the next two races to receive the 50-point bonus reserved for those who have run all the events, which would only be an extra guarantee to fend off any challengers.

The great attention is behind Douglas to see who can reach the podium positions, a tough challenge with several athletes still in the running.

Italy's twin Dematteis brothers, Martin and Bernard, Eritreans Petro Mamu and Filimon Abraham, Zak Hannah of Ireland, Slovenia's Timotej Becan and Italy's Francesco Puppi all have a chance to enter the top three. It's a fascinating scenario shaping up where anyone of them can do it, but to accomplish will require a top finish on Saturday.

In the women's ranking, everything is pointing towards the crowning of a new World Cup winner. Irishwoman Sarah McCormack will just need to finish in the points at one of the next two races to ensure her of the victory. It's been a solid achievement for McCormack who brought a universal approach to mountain running this year, showing that with her ability to be competitive on all terrains and distances and competing regularly at World Cup races it would put her in a commanding position.

The Drei Zinnen Alpine Run will be the final test this season for other top athletes such as Briton Sarah Tunstall and Czech Lucy Marsanova who are looking for victory in Sexten. For Scottish runner Louise Mercer, a good placing could bring her closer to the overall World Cup podium.