Few events exemplify recent history in the men’s relays better than the 4x200m at the IAAF World relays, which at the first two editions has seen formidable US quartets fall to a litany of errors as Jamaica took the title with ease, their reliable exchanges the key difference on both occasions.

At the inaugural edition in 2014, Ameer Webb set off far too early for the US, leaving Curtis Mitchell with no one to hand the baton to until he had exited the zone. They were disqualified for the same infringement a year later as Mitchell lined up in the wrong spot, causing a botched exchange with Isiah Young and an eventual dropped baton.

­This time around, the US team’s primary goal will be to get the baton around safely – perhaps an even trickier task in the 4x200m, given the unusual entry speed of the incoming athletes – and then make good on their talent, which no one could deny is of the highest calibre.

Young, Webb, Justin Gatlin, Noah Lyles, Jarrion Lawson, Marvin Bracy – their squad is a who’s who of sprinting, but the question, as always, will be whether they can execute a clean race, because there’s no denying they can take their first title if they do.

Jamaica, however, will be typically hard to dislodge as champions, boasting the talents of Nickel Ashmeade, Warren Weir, Rasheed Dwyer, Nigel Ellis, Oshane Bailey and Chadic Hinds in their squad.

With Olympic 200m silver medallist Andre De Grasse set to also double up this weekend, Canada is worthy of utmost respect. France finished second at the last edition in 2015, but may struggle to reach the podium again after the late withdrawal of Olympic bronze medallist Christophe Lemaitre.

Adam Gemili, who finished fourth in the Olympic 200m final, will lead the British quartet, and he will be joined by a trio from the provisional squad which includes Chijindu Ujah, Richard Kilty, Daniel Talbot, Zharnel Hughes and Ojie Edoburun.

BACK
Pages related to this articleDisciplines
4x200 Metres Relay 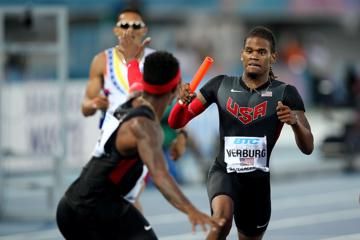 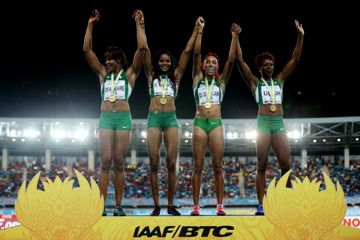 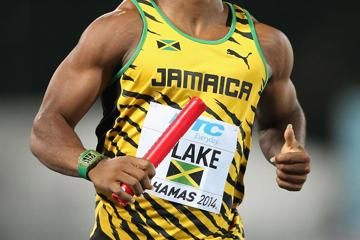