Here we take a look ahead to the women's distances and race walks.

South Africa’s Prudence Sekgodiso catapulted herself into contention for the world U20 title with a breakthrough performance in Heusden, Belgium, last month, the 19-year-old clocking 2:01.40. That makes her the fastest in the field this year, though she will face stiff competition from Switzerland’s Valentina Rosamilia who took bronze at the European U20 Championships last month, the 18-year-old holding a best of 2:02.38.

Ethiopia’s Mebriht Mekonen is also sure to feature, the 16-year-old a name for the future given she ran 2:03.61 already this year, along with her compatriot Ayal Dagnachew, who has run 2:05.53. The host nation’s charge is led by Sheila Chepkosgei, the Kenyan holding a best of 2:03.76 this year.

Ukraine’s Svitlana Zhulzhyk, Spain’s Marina Martinez, Greece’s Elli Eftychia Deligianni, Belgium’s Annelies Nijssen and Mexico’s Lorena Randel Batres are others to keep an eye on – all five have run below 2:05 this season.

Ethiopia has won this title at the past three editions of the World U20 Championships and in Diribe Welteji, they have an athlete who looks capable of making it four in a row. The 19-year-old is the standout athlete by some distance, at least on paper. She won the world U20 800m title in 2018 and clocked a superb 3:58.93 at the Ethiopian Olympic Trials in Hengelo back in June. She finished 12th in her heat at the Olympics in Tokyo but looks a class apart if she is back to her best since.

Ethiopia went 1-2 at the 2016 and 2014 editions of the World U20 Championships and could do so again here with Welteji backed up by Hiwot Mehari, a 4:08.32 performer this year. Kenya’s charge is led by Purity Chepkirui, who clocked 4:10.39 this year, while her teammate Winnie Jemutai should also be capable of rewriting her PB of 4:17.55 on home turf. The quickest European is Spain’s Mireya Arnedillo, who ran 4:12.24 this year, while Romania’s Maria-Talida Sfargiu, a 4:14.22 runner, should also feature.

Two athletes have dipped below the nine-minute barrier in the women’s 3000m field, both of them Kenyan, so there’s a good chance the hosts will have a gold to celebrate here via either Teresia Muthoni Gateri or Zenah Chemutai Yego. Gateri is the quickest with the 8:51.69 she ran in Nairobi in early July and she also has good 5000m form in the book this year, clocking 15:06.76. Yego has run 8:55.75 this year.

Their biggest challenge will likely come from their East African rivals, Uganda, who are represented here by Prisca Chesang, a 9:04.15 performer this season. South Africa’s Carmie Prinsloo shouldn’t be far away from the medals, along with Finland’s Ilona Mononen, Burundi’s Jeanine Kezimana and Poland’s Olimpia Breza, who have all gone below 9:20 this year.

Ethiopia has traditionally had a strong hold in this event but they surrendered a winning streak at the last edition in 2018 as Kenya’s Beatrice Chebet took gold. However, it will come as a surprise if they don’t reclaim the title here, with Mizan Alem and Medina Eisa looking the class of the field. Alem clocked a world U20 lead of 14:46.20 to finish eighth at the Ethiopian Olympic Trials in Hengelo in June, while Eisa wasn’t far behind that day, finishing 10th in 14:59.53.

Their biggest challenge will likely come from Kenyan duo Zenah Cheptoo and Maurine Cherotich, along with Ugandan Olympian Prisca Chesang, who’s run 15:05.39 this year. Cheptoo ran 15:46.2 at the Kenyan U20 Trials, which was won by Cherotich in 15:44.0. The European challenge is led by Spain’s Carla Dominguez and Poland’s Oliwia Wawrzyniak.

The growing strength of Ethiopian steeplechasing should once again be on full display here as Zerfe Wondemagegn heads the field, the 18-year-old holding a best of 9:16.41, which she ran to finish eighth in the Olympic final earlier this month.

She will take some stopping if showing up in the same form though Kenyan duo Jackline Chepkoech and Faith Cherotich should keep her on her toes, Chepkoech winning their national U20 trials in 9:32.99 to Cherotich’s 9:33.02. Hungary’s Greta Varga will lead the European charge, the 17-year-old a silver medallist at the European U20 Championships last month who has a best of 9:50.63.

Ethiopia’s Emebet Kebede and Morocco’s Soukaina Elhaji should also be in the shake-up for minor medals.

A strong field of 36 athletes will face a tough test in the thin air of Nairobi during the women’s 10,000m race walk, with authorised neutral athletes Anastasiya Kolchina and Yelena Sborets leading the field on personal bests.

Kolchina is just 16 but is clearly a huge talent, clocking a world U18 lead of 44:41 when winning the Russian title in Cheboksary in May. Her biggest challenge may come from Sborets, who finished third in 45:22 that same day.

Czech Republic’s Eliska Martinkova was a silver medallist at the recent European U20 Championships and the 19-year-old will be hoping for a similar showing here, her PB of 45:46 putting her quite close to the two favourites on paper.

Ukraine’s Valeriya Sholomitska has clocked 46:09 this year, while Yekaterina Petrova, an authorised neutral athlete, has clocked 46:43.85. French duo Maele Bire-Heslouis and Elvina Carre also should be in contention, with respective bests of 47:05 and 47:13 this year, along with Portugal’s Adriana Ornelas who has clocked 47:01. 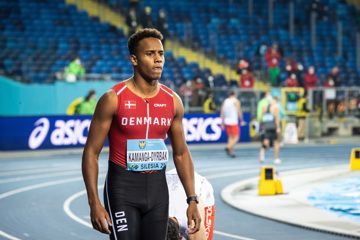 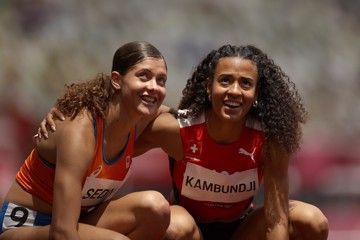 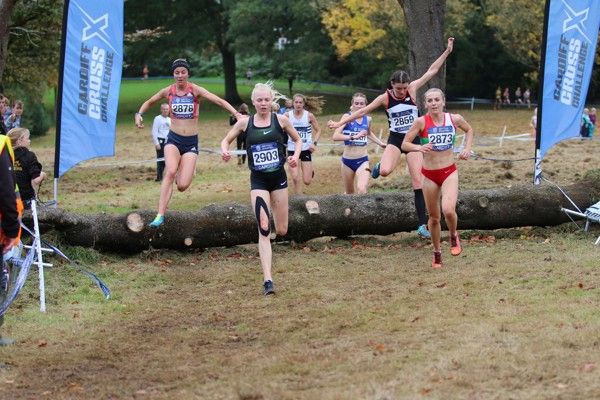