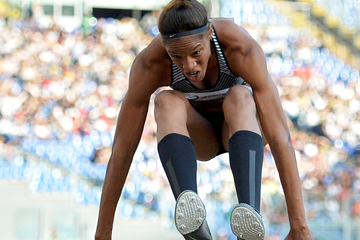 The 21-year-old from Venezuela opened with 14.46m and followed it with 14.45m. She then improved with each of her four remaining attempts.

It was the third-best result of her career, following her lifetime best of 15.02m in Madrid last year and the 14.98m she jumped to take the silver medal at the Rio 2016 Olympic Games.

It also showed Rojas was back to her best, having cutting short her indoor season after picking up an injury in Dusseldorf.

“We are just starting the season and I think we have done it in a big way,” said Rojas, who will compete at the IAAF Diamond League meeting in Rome next week. “I am 100% recovered from the injury I suffered in the winter; that says a lot about me.”

Along with Rojas’s and Guliyev’s marks, seven other meeting records were set in Andujar. The 2000m steeplechase might be a rarely contested event, but Benjamin Kigen’s winning time of 5:18.67 is the fastest time in the world for 10 years and just eight seconds shy of the world record, taking the Kenyan to 14th on the world all-time list.

What makes Kigen’s performance all the more noteworthy is the fact it was just his second steeplechase race to date and his first competition outside of Kenya. Last month he clocked 8:26.6 at altitude in Nairobi in the 3000m steeplechase to finish a close second to 2012 Olympic bronze medallist Abel Mutai.