A decade after winning the short course title at the IAAF World Cross Country Championships in Fukuoka, Ethiopia’s Gelete Burka began her potential path to Kampala next March with an unopposed victory at the Cross de la Constitucion in Aranda de Duero on Saturday (3).

The world silver medallist, who finished eighth over 10,000m at the 2016 Olympics this summer and arrived fresh from a half marathon PB of 1:09:32 in New Delhi, covered the 7.91km course in 27:20 to defeat Kenya’s Peninah Jerop by 22 seconds with Tania Carrerero the top Spanish finisher in third in 28:15.

After finishing second in Soria and Alcobendas in back-to-back weekends, Eritrean teenager Aron Kifle scored his first victory of the cross-country season in the senior men’s 9.985km.

The world U20 10,000m silver medallist ran to a comfortable successful defence of his title to ensure the sixth Eritrean victory in this race since 2010. The 18-year-old clocked 27:59 to defeat compatriot and Olympic steeplechase finalist Yemane Haileselassie by 32 seconds with Kenya’s Daniel Rotich a distant third in 28:56.

Marathon specialist Javier Guerra was the top Spanish finisher in fifth in 29:04.

At the Cross Ciutat de Granollers on Sunday (4), sub-27-minute 10,000m performer Titus Mbishei claimed victory in the senior men’s 10km in 31:08 ahead of Emmanuel Bor (31:13) and Morocco’s Mohamed Zarhouni (31:55) but there was a Moroccan winner in the women’s senior 8km courtesy of Salima Charki.

Moroccan runners also dominated the senior men’s 8.995km at the Cross du Heron in Villeneuve d’Ascq on Sunday with Abdelali Razyn defeating Hicham Briki by four seconds, 28:38 to 28:42, while Lea Plumecocq won the senior women’s 5.715km in 20:25 by nearly a minute ahead of Kenya’s Millicent Gathoni in 21:14.

Kipsang takes the spoils in Iten

Emmanuel Kipsang defeated a strong field to claim victory over 10km at the fourth leg of the Athletics Kenya Cross Country series in Iten on Saturday (3).

“I had trained well for the race and I took advantage of the weather to lead from the start,” Kipsang told local reporters after the event.

There was a surprise in the women’s race with Emmaculate Jebet taking the win in 31:09 ahead of Nelly Jeptoo (31:15) and Gladys Kimaina (31:19). Florence Kiplagat finished off the pace in 11th in her first race since retaining her Chicago Marathon title in October while Olympic steeplechase champion Ruth Jebet did not finish.

Jepkemoi and Jepkurui are both eligible for the U20 race at the next two editions of the World Cross Country Championships as well as the IAAF World U18 Championships Nairobi 2017.

Steven Mills with assistance from Kip Evans for the IAAF 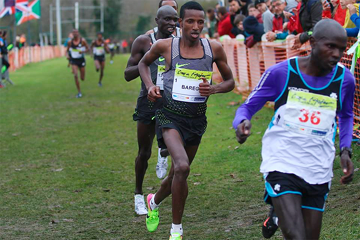 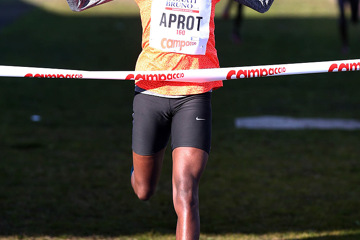