In his final month in the U20 ranks, 19-year-old Mathew Kimeli showed he is more than ready to make the transition into the seniors after winning the senior men’s 10km at the fourth Athletics Kenya Cross Country meeting in Iten on Saturday (9).

One of Colm O’Connell’s newest proteges, Kimeli came to prominence during the track season when he finished a close second to Mo Farah in the 10,000m at the Golden Spike meeting in Ostrava in a 27:14.43 PB just four days after competing at the Kenyan Trials where he just missed out on a place on the team for the IAAF World Championships in sixth.

The teenager transferred that form on to the roads with some fast times in the autumn, including a 27:11 PB at the Birell Prague Grand Prix, and he is now showing what he can do at cross country.

Kimeli is yet to represent Kenya internationally but he could challenge for a place on the team for the African Cross Country Championships in Chlef, Algeria, in March after winning at the Iten Grounds in 28:57 ahead of Erick Kiptanui (29:07) and Daniel Kipchumba (29:10).

In the senior women’s race, Gloria Kite claimed victory in 33:11 ahead of Agnes Jebet (33:19) with 9:03 steeplechaser Norah Jeruto a distant third in 34:03. Kite told the local press she is aiming to make the Kenyan team over 1500m or 5000m at the Commonwealth Games next April.

Jebet, who was second in the senior race, is only 17. She arrived too late to compete in the U20 race but performed excellently against the seniors.

In the U20 races, Rhonex Kipruto and Mercy Chepkorir claimed decisive victories over 8km in 22:42 and 6km in 19:55 respectively.

Sarah Pagano claimed a dominant win in the individual 6km at the USATF Club Cross Country Championships in Lexington, Kentucky, on Saturday in 19:40 but her team Boston Athletic Association missed out on the team title despite fielding three finishers in the top seven.

Led by Chelsea Blaase in second in 19:49, Hanson-Brooks Distance Project athletes packed well with their second and third counters finishing third and fourth respectively. Their five scoring counters posted a winning tally of 55, five points ahead of Boston Athletic Association.

There was more success for Hanson-Brooks Distance Project in the men’s race as Ian La Mere claimed the individual 10km in 29:10 by two seconds ahead of Emmanuel Bor in 29:12 but with their five scoring counters all finishing inside the top-11 Tinman Elite claimed the team title with 41 points.

Two days later, Nahimana won again at the Cross Castellano-Manchego in Quintanar on Sunday (10) in 27:47 by one second from Cristina Espejo.

In the senior men’s race in Cantimpalos, European 5000m champion Ilias Fifa claimed the win in 29:23 ahead of Ayoud Mokhtar in 29:24 while Morocco’s Said Aitadi won in Quintanar ahead of Kenya’s Silas Nwetich (30:06), who had to settle for second after winning in Granollers last weekend.

Some of the greats of distance running have triumphed in Quintanar over the years, include Haile Gebrselassie (1994), Gete Wami (1997), Fernando Ribeiro (1998) and Zersenay Tadese (2005).

BACK
Pages related to this articleAthletes
Mathew KIMELI 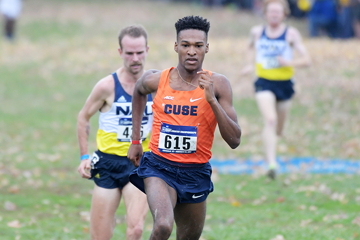 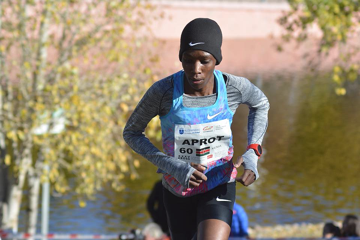