Solène Ndama tallied a world leading 4672 points to win the pentathlon at the French Indoor Championships in Miramas on Saturday (16).

Known mostly as a hurdler – she was the European U20 100m hurdles champion in 2017 and clocked 12.77 at the European Championships last year – the 20-year-old from Bordeaux put her versatility on display, opening with 8.03 in the 60m hurdles to equal her personal best and topping 1.72m in the high jump before a 14.47m effort in the shot put, more than a metre better than her previous best.

World leads for Klosterhalfen and Schwanitz in Leipzig

Christina Schwanitz, the 2015 world champion, won the shot put with 19.54m to wrestle the world lead from Maggie Ewen of the US, her sixth victory in seven starts this season.

On the men's side, two-time world champion David Storl improved his season's best to 21.32m to secure his 15th national title.

Pamela Dutkiewicz took the 60m hurdles in 7.90, well ahead of Cindy Roleder (8.00) to collect her fourth victory in as many races this season.

Lisa Ryzih won the pole vault at 4.60m on Saturday, while Malaika Mihambo and Imke Onnen rounded out the field event action on Sunday winning, respectively, the long jump at 6.72m and the high jump at 1.96m.

After securing the win with a second attempt clearance at 5.72m, Lisek sailed clear over 5.83m with his first to easily beat back Pawel Wojciechowski who topped out at 5.60m.

Maryna Bekh-Romanchuk of Ukraine, the European silver medallist in the long jump last year, jumped 6.76m to highlight the Balkan Indoor Championships in Istanbul on Saturday (16). 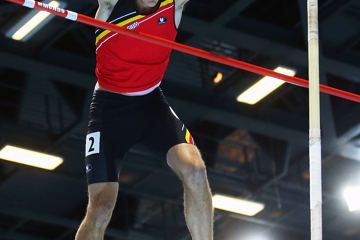 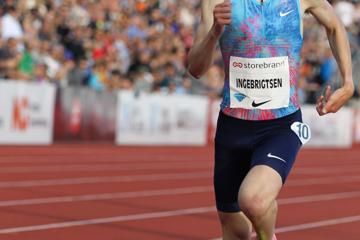