This was the third time in four years that Kenyans recorded a double, with Cheprot and Njeru proving worthy champions on the day.

Cheprot was making his debut in Okpekpe, and took victory in 29:48 ahead of Uganda’s Ismail Juma (30:12) and Kenya’s Timothy Toroiti.

Cheprot took control of the race shortly after the 5km mark, which was passed in 14:57. From the start of the race, the 22-year-old Kenyan showed admirable composure, running near the front but saving his energy for the latter half.

At the 8km mark, Cheprot finally changed gears and began to pull away, though was chased immediately by Juma, Toroiti and Kenya’s Morris Muene Gachaga, who was considered by many to be the pre-race favourite.

However Gachaga soon began to fade from contention, and could only manage fifth place in the end.

Having conquered the hills and occasionally sandy paths of the race route, it was Cheprot who came home in front in 29:48, clear of Juma, who held off Toroiti to take second.

“I’m really happy to have won the race,” said Cheprot, who admitted afterwards that his winning time was unspectacular. “This is my first time in Nigeria and I am a winner. The weather was quite humid today and that contributed to the slow time, but in all it was not too bad.”

For Cheprot, who has a best of 27:41 for 10km, the race proved another step forward on what has been an impressive year to date. He finished sixth in the Ras Al Khaimah Half Marathon in February and at the IAAF World Half Marathon Championships in Cardiff in March. His next race will be in Ottawa, Canada.

Before adding the triumph in Okpekpe, Nejru have two wins to her name in Spain this year, including in Madrid last month. However the time ran by Njeru in Okpekpe is a far cry from her personal best of 32:10, set in Manchester back in 2014.

Second-placed Esther Chemtai was all joy with her improvement at this event, having finished in a distant sixth position in the 2014 edition.

Gudeta of Ethiopia denied Kenya a clean sweep in the women’s race with her third-place finish, the 18-year old making a breakthrough to reach the podium after a fourth-place finish last year.

Meanwhile, the first Nigerians to cross the line were Adamu Shehu in the men’s race with a time of 32:15, while Deborah Pam was best of the home contingent in the women’s race in 38:18. Pam became Nigerian champion for the fourth successive year.

With conditions on the day proving unsuitable for fast times, the course records of 28:35 and 32:41 – set in 2014 by Ethiopians Teshome Mekonnen and Wude Ayalew – will continue to stand until the 2017 edition. 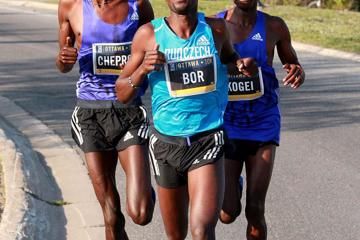 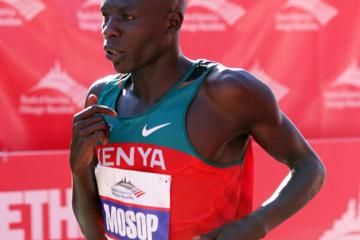 Mosop the star attraction for the Yellow Rive... 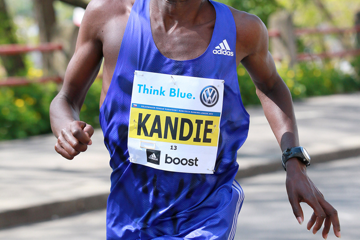 Olympic qualifiers the target for many at the... 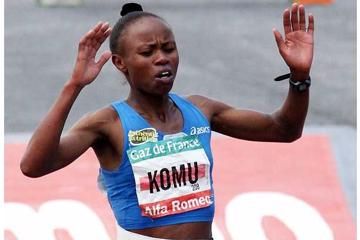 Korir and Komu set for star billing at Geneva...