Competing in his eighth competition of the season, Romani opened his appearance at the Arena Caixa with a 20.43m effort before his record toss of 21.82m in the second round.

"My goal is to continue to work hard, be consistent and continue to push to get closer to 22 metres," explained the 26-year-old Romani, who was fifth at the 2016 Olympic Games with his previous national record of 21.02m.

His coach, Cuban Justo Navarro, is very confident. "His progress is steady, he can throw even further."

The previous South American record belonged to Argentina's Germán Lauro with 21.26m from 2013.

The packed stadium of the Arena Caixa saw a great display from Poland’s Anita Wlodarczyk who kicked off her IAAF Hammer Throw Challenge campaign. The double Olympic and world champion and world record-holder showed her quality with three throws beyond 75 metres, topped with a 78.00m winning effort.

“I am very happy with the result, which was somewhat what we were expecting at this time of the season,” Wlodarczyk said after extending her unbeaten streak to 34. “I expect to reach my top form at the World Championships in August."

Braz upset in his return to Brazil

Brazil's Olympic pole vault champion Thiago Braz da Silva couldn't celebrate his return to action on home soil after his triumph last year in Rio de Janeiro. Braz, the South American record-holder with 6.03m, could only manage 5.40m and second place in São Bernardo do Campo. His compatriot Augusto Dutra da Silva, a finalist at the 2013 World Championships, was the winner with 5.60m, while Argentina's Germán Chiaraviglio was third with 5.30m.

"We are making some changes to my training, so we have many things to adjust, however we are confident that my results will be consistent soon," said the Olympic champion.

In the men's triple jump, Brazilian Mateus de Sá, bronze medalist at the 2014 World Junior Championships, took the victory with 16.87m to gain the qualifying mark for the IAAF World Championships London 2017. 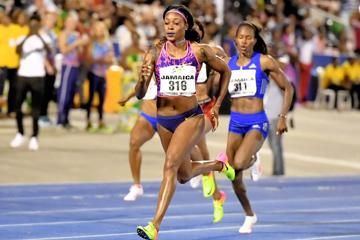 Thompson and McMaster impress in Kingston... 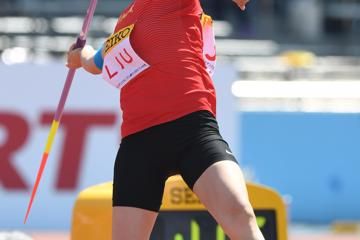