A US quartet clocked 1:35.20 in the women's sprint medley relay to highlight the 124th edition of the Penn Relays which concluded on Saturday (28) before 47,756 fans at Philadelphia's Franklin Stadium.

Leading from handoff to home stretch, Destinee Brown (100m) and Aaliyah Brown (100m), Kimberlyn Duncan (200m) covered the first lap, with anchor Raevyn Rogers clocking a 50.48 split over the final circuit to break the previous mark of 1:35.59 set in 2017 by by Morolake Akinosun, English Gardner, Dezerea Bryant and Miki Barber.

The US-Jamaica sprint rivalry has formed the backbone for most of the battles at the associated USA vs. the World races. The same held true in is, the 19th edition of that series, with the two countries splitting the 4x100m relay races before USA quartets swept the 4x400m relays.

Jura Levy made up a small deficit on the anchor leg of the 4x1 to lead Jamaica to a narrow 43.14 win over the USA Red squad, which clocked 43.18.

As ever, the massive event proved popular, with organisers reporting a three-day total attendance of 108,755.

Bob Ramsak and USATF for the IAAF 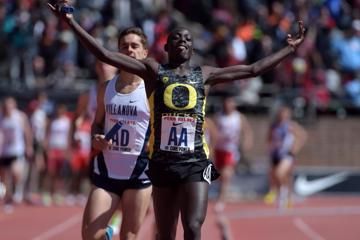 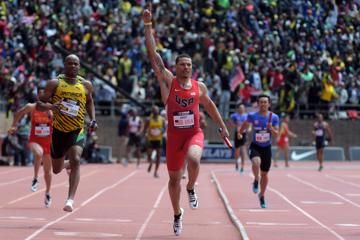 USA men show off slick baton passing at the P... 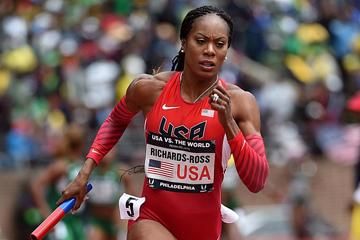 Emotional victory for Richards-Ross as USA do... 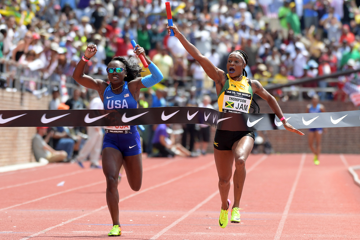