Breyton Poole produced the performance of his life on Saturday, with the diminutive South African athlete smashing his personal best by six centimetres to clinch the gold medal in the boys' high jump final in the morning session, on day four of the IAAF World U18 Championships Nairobi 2017.

Entering the competition with a world U18 lead of 2.18m, Poole secured the title after clearing 2.16m.

Standing at just 1.72m, a full head shorter than his opponents, he kept the crowd entertained by attempting four more heights. He cleared 2.20m with his second attempt, 2.22m with his first jump and 2.24m with his third.

After raising the bar to 2.27m, in an attempt to equal the championship record set by China's Huang Haiqiang in Marrakech in 2005, his competition eventually came to an end.

“I was patient from the beginning and this made me more confident as the event went on,” Poole said. “I feel great having set two best heights in the same competition.”

Chima Ihenetu of Germany earned the silver medal with a best attempt of 2.16m, adding eight centimetres to his career record, and Vladyslav Lavskyy of Ukraine took bronze on count back with a personal best of 2.11m.

Yao took the lead with about two kilometres remaining and strode clear to take a convincing victory in a world U18 lead of 41:12.01, while neutral athlete Salavat Ilkaev secured the silver medal in 41:24.17.

Ndigiti, who put up a dogged fight after going out hard from the start, held on for bronze in 41:25.78.

In the girls' 5000m race walk, Glenda Morejan became only the second athlete from Ecuador to win a world U18 title.

Taking a sensible tactical approach, she covered the distance in 22:32:30 to win gold in a hard-fought contest.

"I am very happy to win the gold medal," Morejon said.

"It was very emotional for me because my parents are watching me from home. I thank them for their support."

Meryem Bekmez of Turkey was half a stride behind, crossing the line in 22:39.79, and neutral athlete Elvira Khasanova grabbed the bronze medal in 22:35.72.

Meanwhile, in the opening round of the girls' javelin qualifying, firm favourite Marisleisys Duarthe of Cuba was the best of the qualifiers for Sunday's final.

Duarthe, who set the world U18 best of 65.44m in Havana in May, delivered a 57.29m heave as one of six athletes to achieve the 53.00m automatic qualifying standard.

Back on the track, Cyrena Samba-Mayela of France, the fastest U18 girl in the world this year over the 100m hurdles, bettered her own world lead to qualify fastest for the final.

She clocked 12.98, a European U18 best and just 0.04 outside the world U18 best held by Jamaica's Yanique Thompson, leading the way as a total of 10 athletes improved their personal bests in the heats.

The battle for the medals will be held on Sunday.

Host nation Kenya were quickest in the mixed 4x400m heats, clocking 3:24.76 to progress as the favourites for the final. 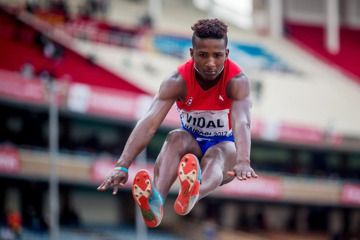 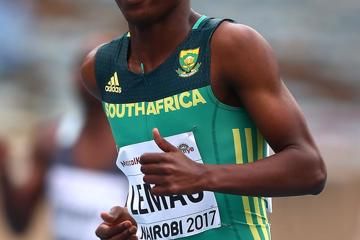 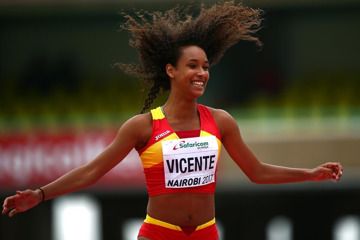 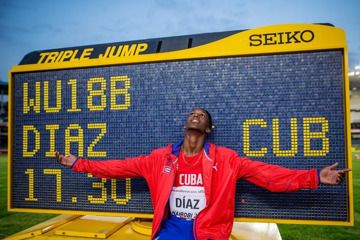