Aries Merritt: I love hurdling because

World 110m hurdles record holder Aries Merritt has enjoyed a long and distinguished career in the sport. Here the 2012 Olympic 110m hurdles champion talks about his devotion to the hurdles.

The first time I ever saw a hurdles race was when Allen Johnson won the 1996 Olympic 110m hurdles final. I was so taken by the experience I turned around to my mum and said, ‘that’s what I want to do when I grow up’. I have to point out, that at that stage I did not specifically want to be a hurdler but more I wanted to run at the Olympics Games. I started my track career as a 100m, 200m, and 400m sprinter but after coach spotted me jumping a random fence by accident I ended up becoming a hurdler at high school.

I will never forget my first competitive hurdles race. I had just learned to three-step between hurdles and although I ended up winning the race in 17.5 it was technically the most awful effort, but I did what I had to do!

By my second year of hurdles I ran 14.5 and that acted as a motivation moving forward for me to win a college scholarship and eventually become a professional athlete and see the world.

It is an event that can quickly knock you down. The skill is to be able to pick yourself up again. Then again life is about overcoming hurdles and I have overcome many in my career, including recovering from injury and undergoing a kidney transplant, in my desire to become Olympic champion or world medallist.

For anyone else wanting to give the hurdles a shot I would say you don’t have to be Usain Bolt to be effective. Speed certainly helps in the hurdles but you don’t need to be the fastest athlete to succeed. What is more important is that you have an understanding of the event and the basic concepts of hurdling and as more people have understood the event over time the quicker people are running the hurdles.

I am personally very fortunate for the opportunities hurdles has given me. It has allowed me to see many beautiful things across the world and broadened my mind and I am very grateful for that. 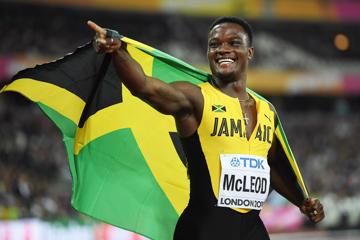 Omar McLeod: I love hurdling because…... 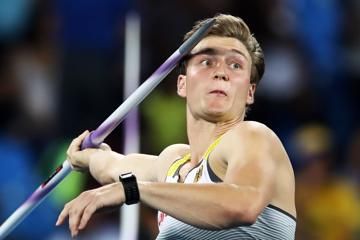 Thomas Rohler: I love javelin because…... 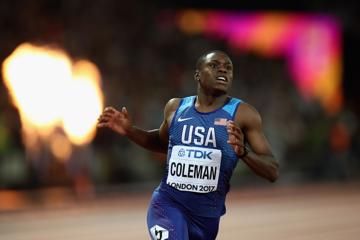 Christian Coleman: I love sprinting because..... 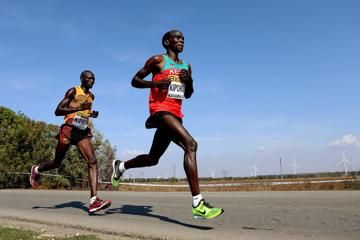 Eliud Kipchoge: I love running because… ...