Fast-talking world 110m hurdles champion David Oliver is next up to answer our work, rest and play questions.

We chat to the US athlete who landed a bronze medal in the 60m hurdles at the 2010 World Indoor Championships.

DO: Having a favourite training session is like asking "what is your favourite dental procedure?" Of course, I'm joking, but it is very rare that someone would have a favourite given how tough training is. But I like anything that involves going over hurdles.

DO: The least favourite would be anything that involves me running more than 200m

DO: Getting to travel all over the world, the ability to be a positive influence on the next generation, and having a lot of fans that appreciate the hard work that I put in day in and day out.

DO: My all-time favourite training partner is Aubrey Herring. We trained together from 2007 until he retired in 2010. He may not have been the best hurdler or the fastest, but he is easily the most knowledgeable guy when it comes to the event and understanding the technical elements. He watches every single meet and to this day he is still the first person I call after every race. He will make an awesome coach one day.

Where is your favourite training venue?

DO: The only training venue I've ever had is ESPN Wide World of Sports in Orlando, Florida. I've had the same coach my whole career (Brooks Johnson) and the same training facility and I don't foresee any of those things changing.

DO: I love some smooth R&B to chill out to and relax.

DO: Wake up late, lie on the couch and do nothing. Maybe hit the movies.

DO: I don't ever find myself with too much stress, so I'm not very sure. I have a very relaxed lifestyle.

If you could pick any other athlete in the world to relax with, who would it be?

DO: I would pick Zlatan Ibrahimovic (the Swedish footballer). He looks like he knows how to relax and have a good time!

What TV shows do you like to relax to?

DO: Anything sports related. I watch a few shows like Scandal, Boardwalk Empire, Homeland, Person of Interest and anything regarding the ancient Roman Empire.

You have a huge interest in both American football and soccer. Do you think US footballers or soccer players make the best sprint hurdlers?

DO: There are so many different positions in American football that the athletes are all different shapes and sizes. I think wide receivers or defensive backs would be fine sprint hurdlers. There are quite a few hurdlers who competed at university who now play in the NFL (National Football League). European footballers are kind of small, except for a few.

Who are your all-time favourite players in American football/soccer?

Which track and field athlete other than you would make the best US footballer/soccer player?

DO: For American football, I would pick (world indoor shot put champion) Ryan Whiting. He would make a good defensive tackle. In the shot put ring, you can see he is deceptively quick. He is also very explosive and strong and he would cause a lot of disruption in the backfield.

For European football, maybe Christian Taylor (Olympic triple jump champion). I'm sure being over there (Taylor is from the US but trains and lives in the UK), he’s maybe kicked around the ball once or twice. It would be scary for defenders to see him coming down the wing and in attack. I have seen him drop some serious sprint times with my own two eyes, I don't think people understand how fast he is. You know his coordination is on point as well because he is a dominant triple and long jumper.

You have the choice of a ticket to the Super Bowl or the Champions League Final; which do you choose?

DO: Wow, I've never been to either one, and I want to go to each one day. I love the Champions League, but the American in me would never go against the Super Bowl! 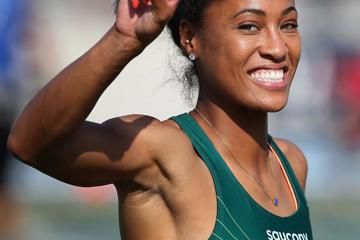 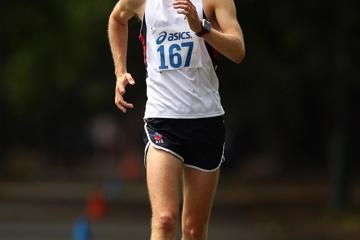 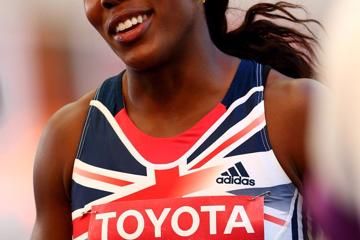 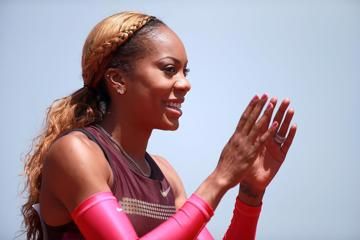