Four-time world champion Dwight Phillips is one of the all-time long jump greats. Yet it wasn’t until he learned to delve deep and discover more about the sport that he began to enjoy the success for which he is best remembered.

"My greatest challenge was becoming a student of the sport. When I started out in track, I competed off talent alone. I wasn’t really educated in my event. I wasn’t familiar with the nuances of long jumping and consequently I finished seventh and eighth in my first two major championships finals – the 2000 Sydney Olympics and the 2001 IAAF World Championships in Edmonton.

"I sustained a hamstring injury after Edmonton and as I didn’t have a sponsorship contract at the time, I considered walking away from the sport. I was offered a job in pharmaceutical sales worth $85,000 a year. The choice was clear. Do I take this job or try and follow my dreams and change my approach to the sport and become more informed? I took the latter option.

"In the fall of 2001 leading into 2002, I could see changes. I became more informed and my movements improved. I became more patient, a lot stronger. I didn’t have to rely on my coach as much. I became much more educated in my event. I studied endless videos of Ralph Boston, Lynn Davies, Carl Lewis and Mike Powell – all the great jumpers of the past. My fiancée at the time used to say she was sick and tired of me watching the videos, but I knew it would help me become a better athlete.

"I can remember one definitive competition when I knew I was on the right track. I was up against the Cuban great Ivan Pedroso, who was the world and Olympic champion at the time and whom I’d considered unbeatable up to this point. But in Padova, Italy in 2002, I managed to beat him by jumping 8.36m. I thought, ‘if I can beat the world and Olympic champion, that’s a big feat’. It gave me a lot of confidence.

"The next step was to succeed on the major championship scene and that happened at the 2003 World Indoor Championships in Birmingham. Throughout my time at college, I became known as the king of finishing second. People would call me that and I would laugh, but internally it was very frustrating because it was the truth. In Birmingham, I led from round two with 8.23m until Yago Lamela of Spain passed me with 8.28m in the final round. I tweaked my hamstring in round five, so I had to make a decision. Do I accept second place or rise to the occasion? I chose to break the trend of second places and went on to win the competition by one centimetre. That gave me the confidence and belief I could be the best in the future." 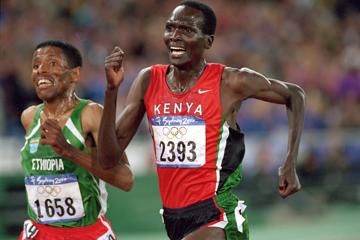 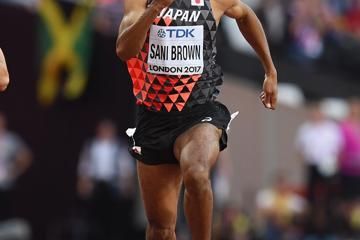 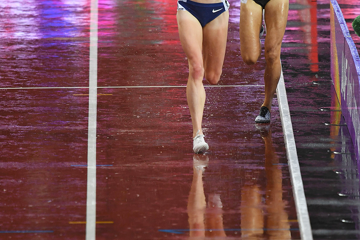 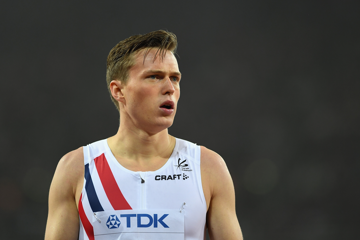