Advice to my younger self: Jenn Suhr

USA’s 2012 Olympic pole vault champion Jenn Suhr, who is set to compete at this weekend’s IAAF Diamond League meeting in Paris, passes on some advice to her teenage self.

You’re such a shy, self-conscious girl. Being a lanky 5ft 9ins at the age of 13 has led you to worry about whether you fit in. It’s part of that awkward teenage phase.

You are also not one for being the centre of attention. I know you enjoy basketball, but there is nothing worse for you than playing matches in public with everybody watching.

Your self-conscious nature has also made you afraid to try new things. Remember at high school when the person who could do the most pull-ups was selected to try out for the pole vault? Well, you became too nervous at the possibility of failing, so opted instead for the hurdles.

Remember: don’t be worried if things don’t work out. You don’t have to be perfect. Everyone has to start somewhere.

Your conservative ways even spill over into what foods you eat. Stop with those cheese, lettuce and dressing salads – becoming a creature of habit will only restrict you from trying new experiences.

Please try to let the self-consciousness go, smile and don’t worry about what people are thinking or saying.

It may take time, but your future coach and husband, Rick, will help you overcome these fears. As a coach he will also bring out that competitive streak out in you which will allow you to focus better during competitions rather than fixating on any self-consciousness you may feel.

Jenn, you are still young, so have not yet built great resilience in your personality, but that will develop. Coming from a blue-collar disciplined home where you are expected to carry out chores every morning will help you in future.

Discovering the pole vault and a coach who recognises your potential will make you believe in yourself. You will constantly feed off each other, build momentum and learn that when you fall off the horse it is best to push harder and bounce back.

Your pole vault journey will not be easy. There may be financial struggles and other sacrifices (don’t worry if you have to quit studying psychology to work in a gas station and make pizzas – it will all work out). The pressure will be intense, but you will learn how to fight. By not giving in, you will discover that you can jump higher and this will form the cornerstone of your success.

But the best piece of advice I can pass on is the value of friendships. It will take you time to discover that sometimes people will be around you only because they need you for something. After some of your greatest successes, everyone will act like your best friend, but I can tell you those texts won’t come after your losses. It is a hard lesson to learn and it cuts deep, so make sure you know who your true friends are as they will be the people who stick around when the going gets tough. 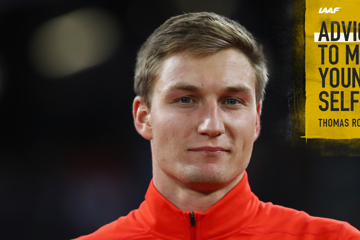 Advice to my younger self: Thomas Rohler 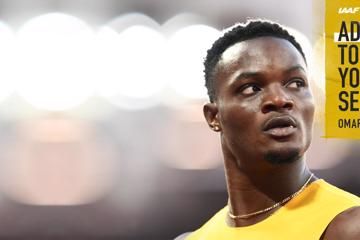 Advice to my younger self: Omar McLeod 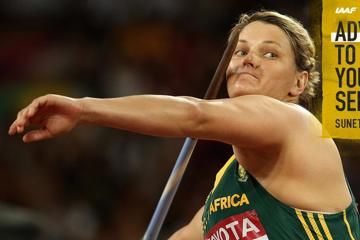 Advice to my younger self: Sunette Viljoen 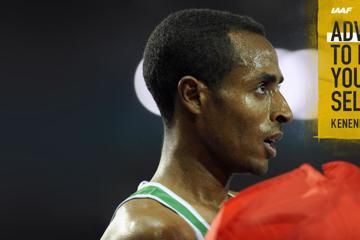 Advice to my younger self: Kenenisa Bekele