Jamaican 400m hurdler Ristananna Tracey unsurprisingly plumps for her bronze medal-winning success at the IAAF World Championships London 2017 for her high moment and recalls a year of personal loss coupled with track pain for her low moment.

“My training had gone well with my coach, Maurice Wilson, leading into the 2017 season but about a month before the Jamaican Trials, I started to feel pain in both my back and quad and I also struggled with shin splints. I managed to finish second at the trials but then the injury problems worsened. I was in so much pain I started to run awful times (she ran 56.23 for seventh in Lausanne DL and 55.61 for ninth in London DL) -- times that would not have been quick enough to reach the World Championship semi-finals.

“The problem was diagnosed as a pinched nerve in the back and this was also what was causing the quad pain and shin splints. I underwent four days of treatment in Germany, but was given hope by the doctor who said to me as I left, ‘run as if you are running from the devil.’ I thought, if he is optimistic I can run at the World Championships, then I I’ll be fine. I went to the Jamaican training camp and trained at 50 per cent for the first week and found by the last week of the camp I was training at 100 per cent and hitting some challenging times set by my coach.

"Everything started to fall into place and I went to London with hope in my mind. I took each round step by step and managed to win both my heat and semi-final. I remember feeling very nervous ahead of the final because I was drawn in lane seven and I had many of my main rivals behind me. My coach told me that the American Kori Carter (who was in the outside lane nine) will probably run hard but that I should concentrate on my own race. I think I carried out his orders!

"Down the back stretch I couldn’t really see where I was in the race. As the race progressed, I just remember talking to myself saying ‘Go on Rista, keep pumping until you reach the finish line.’ To cross the line third, in bronze, was a great feeling, particularly after the struggles I had endured so close to the championships. At different times that season, I had felt like giving up and I had called my mum to say ,’I can’t do this. I just want to come home.’ But she kept on believing in me and asked me to leave everything to God.

“Standing on that medal podium, I felt very privileged to be given the opportunity to compete and it felt extremely special to be my country’s only individual female medallist at the World Championships.”

"Motivated by my grandmother’s words I enjoyed some great successes that year. Aged just 19 I set an Area Junior record of 54.58 to finish second at the Jamaican Trials and qualified for the World Championships in Daegu. However, in the countdown to the Worlds I suffered an accident after my trail foot hooked around a hurdle on the curve. I fell awkwardly and sustained a broken wrist. My coach at that time understood If I did not want to compete but I was determined to make it to the start line because I didn’t know back then if I would be given the chance to compete at a World Championships again. In Daegu, I competed with a fibreglass cast and reached the semi-finals, recording the second quickest time of my life up to that point (55.55). I performed with pride but I will always remember 2011 as a hard year for me as I lost my grandmother and later suffered that broken wrist.” 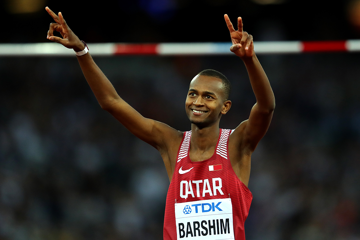 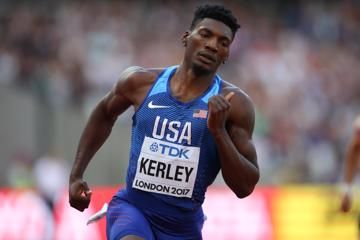 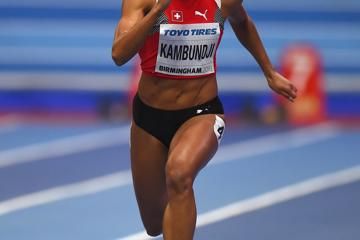 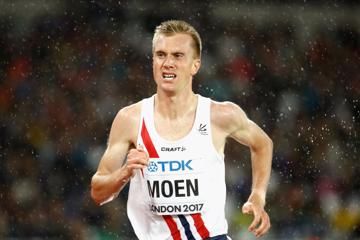