Advice to my younger self: Ryan Crouser

In this letter to his younger self, US shot putter Ryan Crouser reveals how a passion for learning and an interest in a range of sports was crucial in his development from talented teenager to Olympic champion.

You are doing just fine. You may not be aware, but you already have many of the pieces in place for your future success.

Your parents have instilled in you the importance of being curious and to never stop learning. This is something you have fully taken on board.

Remember how you used to love dinosaurs and as a toddler and you could rattle off the names of many different types of dinosaur? Your passion for learning has continued in the classroom.

You are a straight A student with a fondness for maths and the sciences. Continue to study hard. Your academic pedigree will open up as many doors in the future as your athletics career. You will go on to become a valedictorian at high school and later complete a masters in finance in one year – the same year that you will strike Olympic gold in Rio – even though many thought achieving both at the same time was impossible.

As a 12-year-old boy keen on outdoor pursuits and playing many sports, keep on doing what you’re doing. You are a real all-rounder competing in shot and discus but also sprints and long jump. You are a pretty decent sprinter and will go on to win the state triple jump title (Oregon) as a high school freshman. Just continue to have fun with friends and not get too caught up in performances. Just remember, you are not going to break any world records at the age of 12.

Ryan, you are also a passionate American footballer and basketball player and playing several sports will form the foundation of your future success. You are right not to specialise in a sport too early.

Track and field produces a lot of repetitive movements whereas playing basketball is more reactive and teaches a broad array of body movements. This background, Ryan, will prove very helpful when you eventually specialise as a thrower because you will have a much better understanding of what your body can and can’t do.

Occasionally, you are prone to be a little hard on yourself. But here is the rub: striving for excellence is one of your strengths but it is okay to sometimes miss out on your goals.

Remember that time you were super-excited to compete in your first meet of the year as a seventh grade student? And when you didn’t throw so well, instead of letting out a normal yell, your voice cracked and went into a super-high pitch? That may have been a little embarrassing and you were upset for about a week with the way you performed (finishing second), but don’t worry. Chill out. In the bigger picture, it will make absolutely no difference.

All is good, Ryan. Just keep on having fun playing a bunch of sports and continue to work hard academically and everything will turn out just fine. 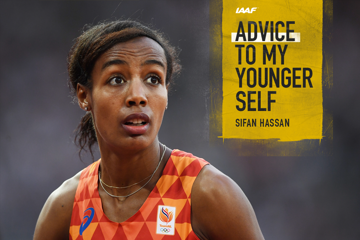 Advice to my younger self: Sifan Hassan... 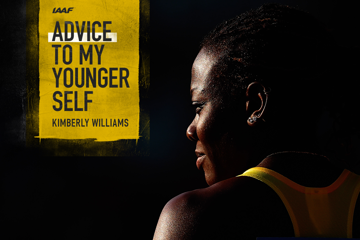 Advice to my younger self: Kimberly Williams... 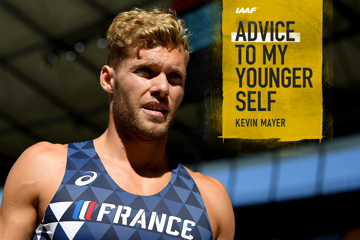 Advice to my younger self: Kevin Mayer... 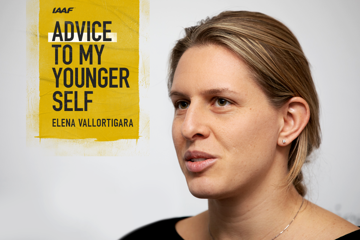 Advice to my younger self: Elena Vallortigara... 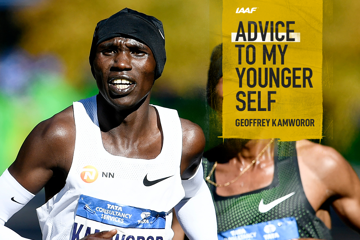 Advice to my younger self: Geoffrey Kamworor...