In August, World Athletics invited fans to take to social media to cast their vote for the moment that best exemplified fair play during the World Athletics Championships Oregon22. Following six days of voting, the social media scores were combined with the jury votes to determine the following three finalists:

Holly Bradshaw injured herself after her pole snapped during the pole vault warm-up session and fellow competitor Katie Nageotte ran over to immediately support her.

Knowing she would no longer be able to contend for a place in the final, Bradshaw withdrew from the competition, thus allowing another athlete to advance. Bradshaw received a lot of abuse on social media for withdrawing, but Nageotte again offered support by taking to Twitter in defence of her competitor.

Ukrainian high jumpers Yaroslava Mahuchikh and Andriy Protsenko showed incredible strength and resilience, managing to win silver and bronze medals respectively, despite the huge challenges they are facing due to the current situation in Ukraine.

Taking on a mentoring role within the heptathlon field, Katarina Johnson-Thompson showed her support to a devastated Sophie Weissenberg after the German athlete recorded three fouls in the long jump.

Johnson-Thompson, having had a similar experience at the 2015 World Championships, would have known exactly how Weissenberg was feeling in that moment. She also was heard encouraging her Polish competitor Adrianna Sulek, telling her that she would become a superstar of the sport.

World Athletics President Sebastian Coe said: "Fair play is an intrinsic value of sport and I am extremely proud that, once again, our athletes are being recognised for a Fair Play Award. Their actions, on and off the field, demonstrate both the integrity of our athletes and their profound commitment towards one of the core values of our sport: competing in the spirit of fair play.

"Each of these athletes is setting the example for the next generation and represents the very best of our sport. I would like to personally commend them for the incredible sportsmanship they displayed at the World Championships."

Secretary General of CIFP Sunil Sabharwal, who was in Eugene during the World Championships, added: “I was delighted to witness so many incredible acts of kindness at these championships by athletes from all over the world. Also, for the first time, we have had acts that are reflecting the importance of mental health matters, a topic increasingly important in elite sports. CIFP is delighted to highlight these positive examples, and we thank World Athletics for a long-standing partnership.”

The CIFP was established more than 50 years ago to promote the principles of fair play in sport: fair competition, respect, friendship, team spirit, equality and sport without doping. It honours those who respect the written and unwritten rules of sport, which include integrity, solidarity, tolerance, care, excellence and joy, and who set an example for others, on and off the field. At the World Championships alone, nine awards have been handed out since 2003.

The jury members at this year’s World Championships included members of the CIFP and the following athletes and members of World Athletics: 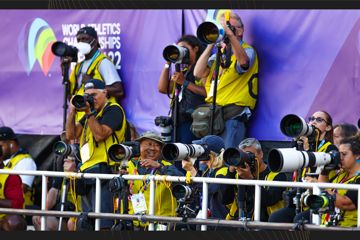