Keely Hodgkinson started the year as she meant to go on. In her very first race of 2021, the then 18-year-old ran 1:59.03 in Vienna to improve the almost 17-year-old world U20 indoor 800m record by exactly two seconds. She would later describe it as a “perfect” race, but she was far from done.

Five weeks later, and just four days after she turned 19, the Briton had further cause for celebration as she became the youngest ever winner of the women's 800m at the European Indoor Championships. Clocking 2:03.88 after a tactical race in Torun, Poland, she beat local favourites Joanna Jozwik and Angelika Cichocka to take the title.

“I didn’t really think about the pressure,” she said after her victory. “I am only 19 and I’m still learning and there’s still things that I’m going to learn.”

As the year went on, her athletics education continued with further top marks. She started her season with the first sub-two-minute outdoor 800m of her career, breaking the European U20 record with a winning time of 1:58.89 at the World Athletics Continental Tour Gold meeting in Ostrava.

Hodgkinson then retained her national title to secure her place on the British team for Tokyo and once there her star rose even higher. After running 2:01.59 to finish second in her heat, she won her semifinal in 1:59.12 and three days later she joined the USA’s Athing Mu in achieving a teenage Olympic top two. Running 1:55.88 behind the winning 1:55.21 recorded by her fellow Rising Star nominee Mu – who had improved the world indoor U20 800m record to 1:58.40 the month after Hodgkinson’s mark – the Briton broke double 2004 Olympic gold medallist Kelly Holmes’ 26-year-old national record of 1:56.21 to secure silver.

“I am quite in shock about that time,” said Hodgkinson, with the result also again improving the European U20 800m record. “From European Indoors to breaking some records to now the biggest stage on the world, still a junior, is absolutely crazy.”

But her year still wasn’t over.

After finishing fifth in Eugene and second in Brussels, running respective times of 1:58.30 and 1:58.16 – two of nine sub-2:00 800m times she achieved throughout the year – Hodgkinson lined up in Zurich for the Wanda Diamond League final.

Surging down the home straight and away from Jamaica’s Natoya Goule and the USA’s Kate Grace, who came through for second, Hodgkinson crossed the finish line of the Letzigrund stadium with 1:57.98 on the clock to claim the Diamond Trophy and cap an impressive breakthrough year.

“A dreamy season ended as Diamond League champion,” she wrote on social media. “See you next year!”

Breaking a world record at any point of a career is a remarkable achievement. Doing so during the very first year in an event is something else.

But that’s exactly what the USA's Sean Burrell managed when he clocked 47.85 to win at the NCAA Championships in Eugene in June. Just two months after his first ever 400m hurdles race, the 19-year-old became the only U20 athlete to have ever dipped under 48 seconds in the discipline, improving the world U20 record of 48.02 which had been set by Danny Harris in 1984.

Running in lane eight, the LSU freshman was narrowly ahead as he came off the final bend but he quickly left his rivals behind as he powered over the final couple of barriers and then roared with delight when he saw his time on the Hayward Field clock.

“Everybody kept telling me to use what I know, use my speed,” the former 200m and 400m specialist told ESPN. “I came into the hurdles this year because we already had two 400m guys and I would have just been the third. I had a background of the (sprint) hurdles a little bit, so I came into it with my speed and a little bit of technique, and the times just kept dropping.”

It was his seventh PB in as many competitions, with Burrell – nicknamed ‘squirrel’ – having started out with a time of 50.83 when making his 400m hurdles debut at the Battle on the Bayou meeting in Baton Rouge at the beginning of April. From there he ran 50.64 in Tuscaloosa and improved to 50.15 and 49.12 in Baton Rouge later in the month, before clocking 48.92 at College Station and 48.86 in Jacksonville in May.

So he has certainly made a name for himself this year. But why the nickname? “When I was younger, that was the name they gave me. I look like one, a fast one,” explained Burrell, who also clocked 45.57 for the 400m flat indoors in 2021, a time which places him sixth on the world U20 indoor all-time list.

An incredibly fast, record-breaking one, as it turns out.

“Be proud of everything you do and never give up,” he said, when asked for a message to his supporters. “When somebody tells you you can’t do something, keep going, keep pushing. The sky is the limit. And be a squirrel, because it’s always good to be a squirrel.” 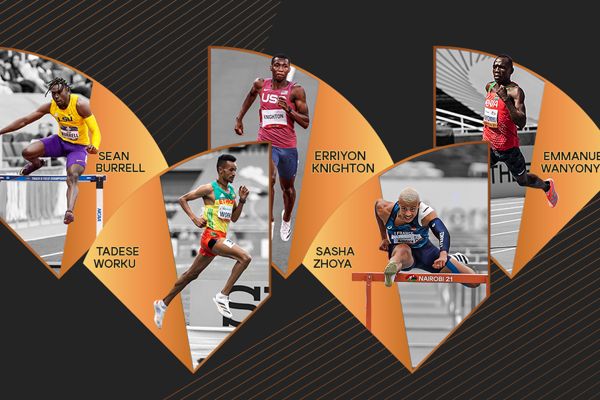 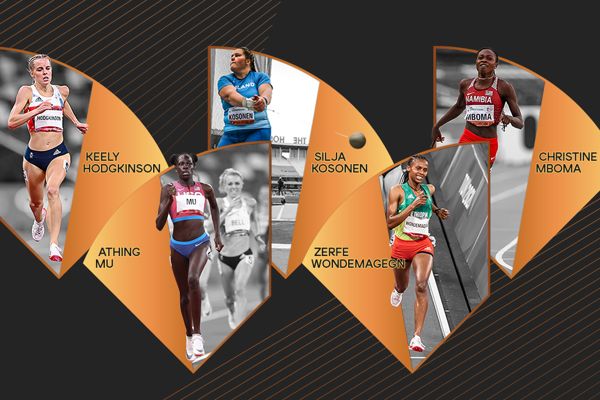 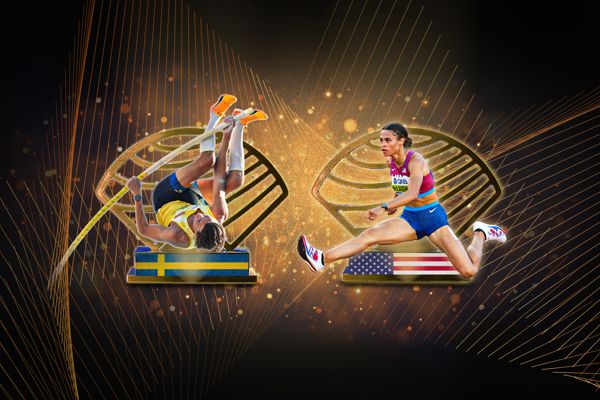