Rafer Johnson in action at the 1960 Olympic Games (© Getty / Hulton)

World Athletics is deeply saddened to hear that 1960 Olympic decathlon champion Rafer Johnson – widely regarded as one of the all-time greats in the combined events – died on Wednesday (2) at the age of 86.

Between his Olympic silver medal in 1956 and his triumph in 1960, Johnson was undefeated in the decathlon. Having been the USA’s flag bearer at the 1960 Olympics, the first African-American elected to that honour, Johnson went on to light the Olympic cauldron at the 1984 Games in Los Angeles.

In an eventful life, Johnson enjoyed an acting career in Hollywood, co-founded the California Special Olympics in 1969, and was one of three men to tackle Robert F Kennedy’s assassin moments after the fatal shooting in 1968.

Born in Texas in 1934, Johnson and his family moved to California when he was nine years old. The Johnsons were the only black family in the town of Kingsburg and they would spend hours every week picking cotton to earn a meagre living.

Johnson played baseball, basketball and American football to a high standard in his youth, but athletics – and specifically the decathlon – became his main focus at the age of 16 when his then coach, Murl Dodson, drove Johnson to the 1952 US Olympic Trials to watch Bob Mathias compete. According to a 2010 article in Sports Illustrated, Johnson turned to his coach at the end of the competition and said: “I could have beaten most of those guys.”

Within a few years, Johnson started to live up to his promise. In 1955, aged only 20 and contesting just the fourth decathlon of his career, he won the Pan-American Games title in Mexico City, beating double Olympic pole vault champion Bob Richards in the process.

A few months later, Johnson returned to his hometown of Kingsburg and broke the world record with a score of 7985, adding 98 points to the mark Mathias had set when he retained his Olympic title in 1952.

Johnson started the 1956 season in outstanding form. He set PBs of 13.8 in the 110m hurdles and 7.76m in the long jump, marks that would place him in the top six on the world lists for that season. He also won the decathlon at the US Olympic Trials, beating 1952 Olympic silver medallist Milt Campbell, and placed third in the long jump, earning a place on the Olympic team in that discipline too.

But in the weeks leading up to the Olympic Games in Melbourne, Johnson picked up a knee injury and tore a stomach muscle. It forced him to withdraw from the long jump, but he didn’t want to surrender his place in the decathlon. Campbell ultimately won by a comfortable 350-point margin with a score of 7937, just 48 points shy of Johnson’s world record.

“I lost to a good man,” said Johnson, who would never lose another decathlon.

He missed the 1957 season through injury but returned to top form in 1958. Soviet rival Vasilly Kuznetsov broke Johnson’s world record at the start of the 1958 season, but Johnson reclaimed it on Kuznetsov’s home soil in Moscow at the first USA-USSR dual meet. Johnson’s score of 8302 added almost 300 points to Kuznetsov’s world record. At the end of 1958, Sports Illustrated named Johnson the Sportsman of the Year.

Johnson was sidelined again in 1959, this time with a serious back injury sustained as a result of a car accident. During that season, Kuznetsov regained the world record with 8357 while Johnson was in a race against time to be fit for the 1960 Olympic Games.

Johnson rehabbed well and returned to action in 1960. But it soon became clear that Kuznetsov would not be Johnson’s only big threat at the Olympic Games in Rome later that year. Taiwanese decathlete CK Yang, Johnson’s friend and former teammate at the University of California, Los Angeles (UCLA), was in the form of his life and was Johnson’s closest rival at the US Trials that year.

Johnson emerged victorious with a world record of 8683, while Yang finished second with a score of 8426, the second-best mark in history at that time and a performance which made him one of the medal favourites heading into the Olympics.

Yang won the first two decathlon disciplines in Rome but Johnson moved ahead after the shot put, throwing a Games record of 15.82m. Johnson held a slender 55-point lead at the end of the first day, but Yang went ahead again after the 110m hurdles on day two. Johnson reclaimed the lead in the discus, but the contest remained extremely close. By the time they lined up for the 1500m, Johnson’s lead was down to 67 points – roughly equivalent to about 10 seconds in decathlon 1500m terms. Yang, however, was a superior 1500m runner and his PB was 15 seconds faster than Johnson’s.

Johnson doggedly stuck to his friend and rival in the final decathlon discipline.  Yang attempted a few surges, but Johnson would not be dropped. He eventually crossed the line just one second behind Yang in a PB of 4:49.7, enough to take gold by 58 points with an Olympic record of 8392.

“Ours was the purest of rivalries,” Johnson wrote in his autobiography, The Best That I Can Be. “We each wanted the other guy to do well, but we wanted even more to win.”

At the conclusion of the competition in Rome, Johnson announced his retirement from competitive athletics. He turned down opportunities to compete in other sports and instead focused on acting, landing supporting roles in several movies including the Elvis Presley film Wild in the Country and the James Bond film Licence to Kill.

Johnson met Robert F Kennedy at an awards dinner in the early 1960s and the pair soon became good friends. Johnson became part of Kennedy’s presidential rally in 1968 and travelled around the country alongside NFL player Roosevelt Grier. On 5 June 1958, Johnson and Kennedy were on their way out of the Ambassador Hotel in LA when a gunman opened fire and shot Kennedy. Johnson, Grier and journalist George Plimpton tackled the gunman, Sirhan Sirhan, to the ground. Kennedy died in hospital the following day.

In 1969 Johnson co-founded the California Special Olympics and held a competition at the Los Angeles Memorial Coliseum. A decade later, Los Angeles Mayor Tom Bradley invited Johnson to join the board of the committee tasked with bringing the 1984 Olympics to the city.

Johnson, aged 49 at the time, was asked to light the Olympic cauldron during the opening ceremony for the 1984 Games in LA. It became one of the most iconic moments of the Games.

Following his stints as flag bearer in 1960 and cauldron lighter in 1984, Johnson was involved in the international Olympic torch relay for the 1996 and 2004 Summer Games as well as the 2002 Winter Games. More recently, he was involved in LA’s successful bid to host the 2028 Olympic Games.

Johnson leaves behind his wife Betsy and children Jennifer and Joshua. Joshua was an accomplished javelin thrower and set a PB of 76.16m in 2003, while Jennifer represented the USA in beach volleyball at the 2000 Olympic Games.

While Johnson was an all-round sports fan throughout his life, track and field remained his main passion.

“There was something pure and innocent about the sport,” he said. “You ran, you jumped, you threw things, just as young men had done since the dawn of civilisation.”

BACK
Pages related to this articleAthletes
Rafer Johnson 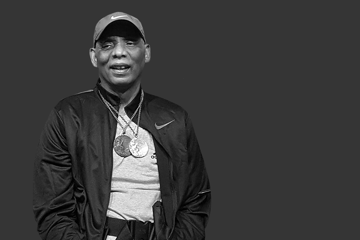 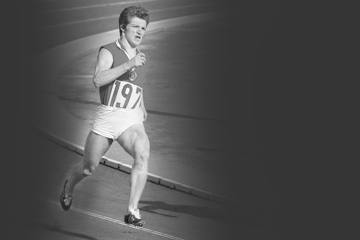