Poland’s finest ready to take on international stars in Bydgoszcz

With exactly one month to go until the first athletics events of the Tokyo 2020 Games, Olympic countdown will be well and truly on for the third edition of the Irena Szewińska Memorial in Bydgoszcz on Wednesday 30 June.

Of course, there will be a glittering array of international medallists and established stars on the track at the meeting paying tribute to one of Poland’s finest ever sprinters. But it is on the infield where the biggest markers for next month’s Games may well be laid, where organisers behind this World Athletics Continental Tour Gold meeting have laid on a field of dreams for the returning crowds.

Look no further than the men’s hammer where four-time world champion Pawel Fajdek and Olympic bronze and European gold medallist Wojciech Nowicki will lead the home challenge. Following the recent red hot form from Rudy Winkler, who set a new North American record of 82.71m at the US Olympic trials, the duo will be looking to send a message to their Olympic rival. World silver medallist Valeriy Pronkin, Brazil’s Diego Del Real and Ukrainian youngster Kokhan Mykhaylo add more spice to an already tasty brew.

Not to be outdone, the women’s hammer also looks like a clash to savour, starring two domestic goddesses. Fresh from winning last weekend’s Polish Championships in Poznan, 2017 world bronze medallist Malwina Kopron should start as marginal favourite over event legend Anita Wlodarczyk off the back of injury and surgery. But the double Olympic champion and quadruple world champion is a resolute competitor, and her fires may have been ignited after seeing that USA’s Deanna Price became the second woman ever to throw beyond 80 metres at the US Olympic Trials last week. 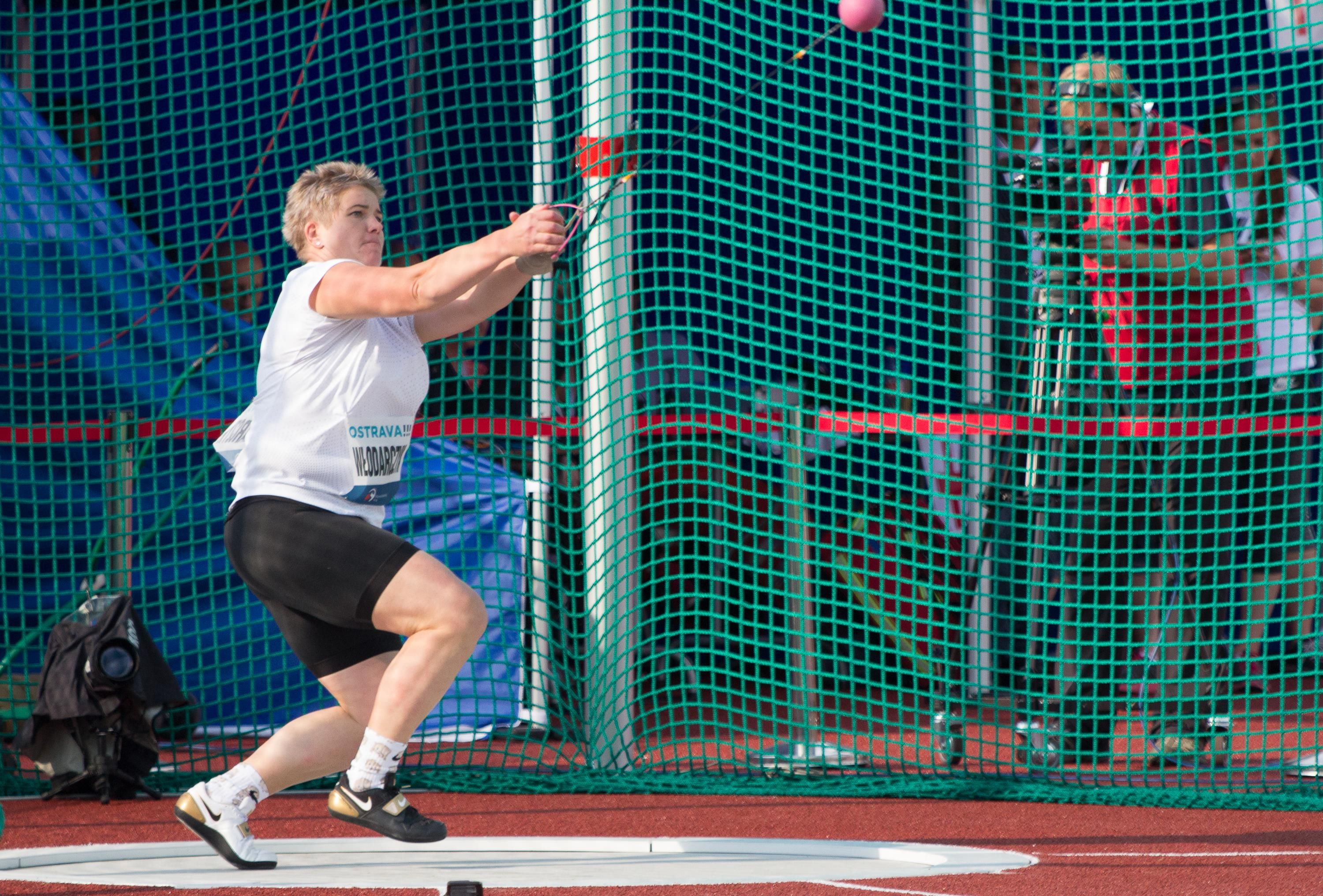 Staying in the field, USA’s Chris Nilsen is venturing outside his home country to compete overseas for the first time this outdoor season. Fresh from winning the US Trials with 5.90m, he faces up to some stern international opposition, including home favourites Piotr Lisek and Pawel Wojciechowski. Lisek is a three-time World Championship medallist, while 2011 world champion Wojciechowski is competing in his hometown.

Olympic champion Thiago Braz will be seeking a return to his gold medal winning form of five years ago and Asian champion Ernest Obiena of the Philippines brings further international flavour to a strong field. Braz set a season’s best of 5.80m in Leverkusen last weekend, tying with Obiena.

On the track, there will be some intrigue around the women’s 400m, an event in which Poland has excelled in recent years. European champion Justyna Swiety-Ersetic spearheads the home hopes, but in Namibian youngster Christine Mboma she faces an athlete in searing form. The 18-year-old has clocked 49.22 over a single lap this season.

In the distance races, there will be much interest in the first outdoor race of the season for world silver medallist Lamecha Girma in the men’s 3000m steeplechase. The Ethiopian was in fine form during the indoor season earlier this year, clocking PBs of 3:35.60 for 1500m and 7:27.98 for 3000m. Compatriot Chala Beyo, the 2016 African champion, could be Girma’s toughest opponent. 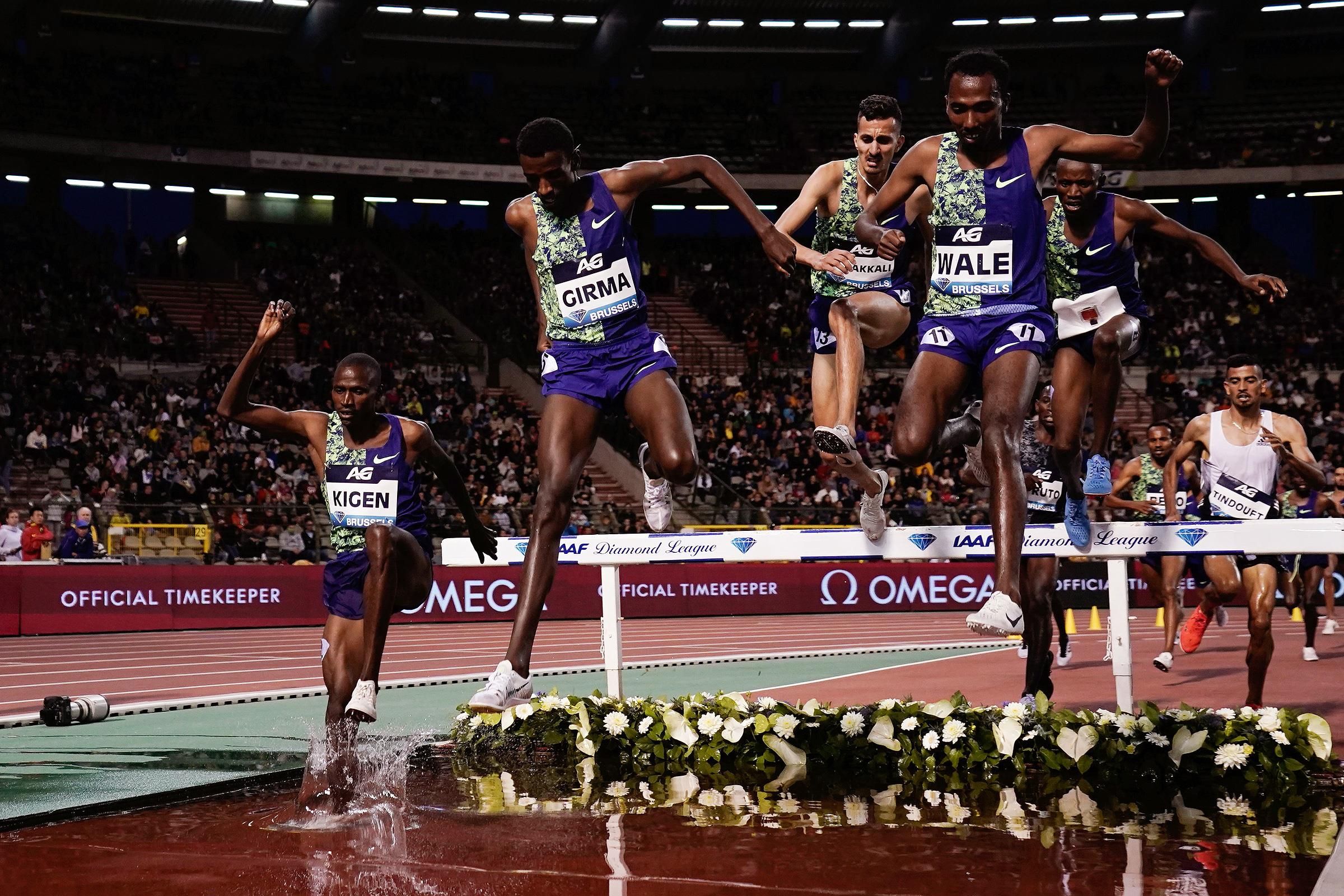 There will also be huge sentimental support for Adam Kszczot in the men’s 800m as he tries to rekindle the form that has twice taken him to World Championships silver and World Indoor gold. Kenya’s Cornelius Tuwei, who won in Turku at the start of the month, and Britain’s Jamie Webb have both been knocking on the door of 1:44 this year and will start as the favourites.

In the women’s 1500m Morocco’s Rababe Arafi will be looking to build on her second-place finish at the Wanda Diamond League meeting in Gateshead with another solid outing. Ethiopia’s Tigist Ketema and 2013 world 5000m silver medallist Mercy Cherono of Kenya will also toe the start line.

In the 100m, experienced US sprinter Michael Rodgers will likely be to the fore in the men’s event, as will Michelle-Lee Ahye of Trinidad and Tobago in the women’s race. Over the barriers, Olympic silver medallist Orlando Ortega of Spain and European champion Elvira Herman of Belarus head the line ups in the men’s and women’s sprint hurdles respectively.