Fittingly, for an event named in memory of one of the world’s best distance runners, the women’s race at the Agnes Tirop Cross Country Classic is expected to be the highlight of the World Athletics Cross Country Tour Gold meeting in Eldoret on Saturday (12).

Before Tirop’s tragic death in October last year, Kenya was already preparing to host a World Athletics Cross Country Tour event in Eldoret. But during Tirop’s funeral on 23 October – the day she would have turned 26 – Athletics Kenya announced that the cross-country event will be named after their star athlete.

Tirop will be remembered and celebrated this weekend for her great achievements in athletics. In 2015, aged just 19 at the time, she won the senior world cross-country title in Guiyang, then went on to earn bronze medals over 10,000m at the 2017 and 2019 World Championships. Just one month before her death, she set a women-only world 10km record of 30:01.

Many of Tirop’s friends, rivals and former teammates will be in action in Eldoret this weekend.

Senbere Teferi, the silver medallist behind Tirop at the 2015 World Cross, is among the entries for the women's race. At the same event in Herzogenaurach where Tirop set a world 10km record last October, Teferi set a world 5km record of 14:29. Teferi has finished fourth in both of her recent cross-country outings, in Seville and Elgoibar, so will be keen to make it on to the podium in Eldoret.

"I was preparing for another event, but I came here when I heard it was for Agnes," said Teferi. "She was my close friend, I ran with her many times and I loved her. I came here for her."

The top-performing athletes from the recent Kenyan Cross Country Championships, held on this same course last month, will also be looking to produce another strong performance on home soil.

Joyce Jepkemoi, who emerged as the surprise winner in the senior women’s race at the Kenyan Cross Country Championships, will be hoping to confirm that she is indeed the best cross country runner in Kenya at the moment. World 5000m silver medallist Margaret Chelimo Kipkemboi, who finished second behind Jepkemoi in Eldoret last month, is also entered.

National 5000m champion Nicholas Kimeli, who finished fourth over 5000m at the Tokyo Olympics at fourth at the recent Kenyan Cross Country Championships, is entered for the men's race, as is 2018 world U20 5000m champion Edward Zakayo, who finished just behind Kimeli in Eldoret last month.

Following feedback from competitors at the Kenyan Cross Country Championships, a number of adjustments have been made to the course. The muddy section that many runners had found tough – and lost their shoes in – has been compacted to create room for shallower mud. 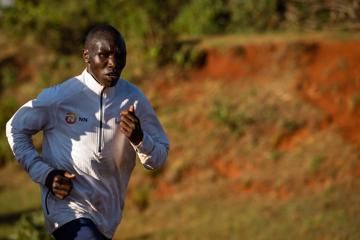 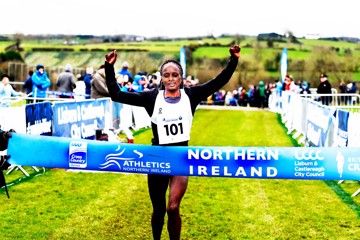