Despite struggling with the pandemic's impact, as many events are, the fields for the Cross Internacional Juan Muguerza – a World Athletics Cross Country Tour Gold meeting – in the Spanish town of Elgoibar on Sunday (9) are of the usual high calibre.

At a press conference on Wednesday, organiser Zigor Diez announced the names of the athletes in contention at the 78th edition of the event, including Kenya's Beatrice Chepkoech, Beatrice Chebet and Nicholas Kimeli.

Don’t bet against the Beatrices

One of the standout athletes on show in the women’s 7.7km race will be world 3000m steeplechase champion Chepkoech, the world record-holder for the event who finished seventh at the Tokyo Olympics.

The Kenyan star placed third in Elgoibar three years ago and should make the podium again on Sunday, although the seventh-place finisher at the 2019 World Cross Country Championships has not competed since the Olympic final and there is a question mark over her current form.

Her stiffest opponent might be her compatriot Beatrice Chebet, the world U20 cross country champion. The 21-year-old was the runner-up in 2020 in Elgoibar and has shown great consistency this season, with a second place finish in Atapuerca and respective third spots in Italica last November and Campaccio yesterday. Chebet lowered her lifetime bests to 8:27.49 for 3000m and 14:34.55 for 5000m on the track last season, while Edinah Jebitok, fresh from a fine runner-up finish in Madrid last week timed at 30:44, could complete a Kenyan clean sweep of medals.

Trying to avoid the Kenyan dominance will be the Ethiopian pair of Fantaye Belayneh and Senbere Teferi. The 21-year-old Belayneh is a 14:44.51 5000m performer who placed fourth just behind Chebet at the Campaccio event yesterday, while Teferi is a renowned 5000m specialist who ran 14:15.24 last summer. More recently, she finished fourth at the Italica cross country event.

Meanwhile, the Ugandan duo of Prisca Chesang and Esther Chebet should also be in the fight for top-five places. Chesang landed 5000m bronze at the World U20 Championships in Nairobi and Chebet finished sixth in Atapuerca and seventh at the Italica meeting last November.

The 10.8km men’s race is headed by Kenya’s Kimeli. The 23-year-old narrowly missed the Olympic 5000m bronze medal in Tokyo and should be the man to beat. The emerging Kimeli, who finished eighth at the World Athletics Championships in Doha, boasts lifetime bests of 12:51.78 for 5000m and 26:58.97 for 10,000m on the track. His last apperance came at a 10km road race in Herzogenaurach where he finished fourth in a PB of 27:22.

Another Tokyo fourth-place finisher in contention will be Ethiopia’s 3000m steeplechaser Getnet Wale. The 21-year-old was also fourth at the Doha World Championships and holds an impressive 7:24.98 performance over the 3000m indoors.

Loyal to its custom of signing up promising athletes who later become outstanding distance runners, as was the case for Kenya's respective 2008 and 2019 winners Leonard Komon and Rhonex Kipruto, organisers have also announced two rising stars in Ethiopia’s Addisu Yihune and Kenya’s Amos Serem. The former was the world’s quickest U20 athlete last year thanks to a 12:58.99 clocking, although he had to settle for fourth at the Nairobi World U20 Championships.

Meanwhile, Serem grabbed the gold medal in Nairobi in the 3000m steeplechase. The 19-year-old holds a 8:20.26 career best over the distance but he managed that performance at the 1795m altitude of Nairobi. The pair are in top form as they proved at the Campaccio permit yesterday, when Yihune took top spot and Serem finished third. Uganda’s 16-year-old Rodgers Kibet, seventh at the Nairobi World U20 Championships over 5000m, completes the African squad.

Some of the finest Spanish cross country specialists will also be on show, led by Nassim Hassaous who was seventh at the European Cross Country Championships in Dublin. The 27-year-old is fresh from a third place timed at 28:05 in the San Silvestre Vallecana one week ago.

He will be joined by Adel Mechaal, Raul Celada and Yago Rojo. Mechaal finished fifth at the Tokyo Olympics over 1500m, while Celada came 15th in Dublin last month. More recently, he clocked 28:34 in the aforementioned Madrid New Year’s Eve race, where Rojo defeated him in 28:27.

In addition to the elite events, there will be a strong U20 race with representatives from England, Belgium and Portugal in the fight for the Mamo Wolde prize, an award created in 2003 in memory of Ethiopia’s legendary two-time Olympic marathon champion. He is fondly remembered in Elgoibar after winning in 1963, 1964, 1967 and 1968.

In total, 25 world cross country champions and 14 Olympic gold medallists have taken part in the contest over the years. Such is the quality of the event that even greats such as Haile Gebrselassie, Selemon Barega and Linet Masai did not manage to win when they competed here.

On Saturday morning, the World Athletics Heritage Plaque will be displayed. It was awarded to the event in late 2019 in recognition of its historic status and contribution to the sport.

Weather forecasters predict a rainy race day with temperatures ranging between 11-13°C at the time of the event. 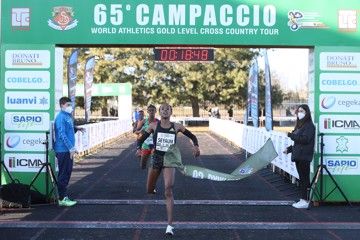 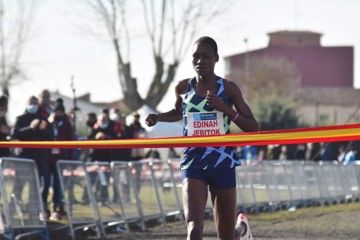 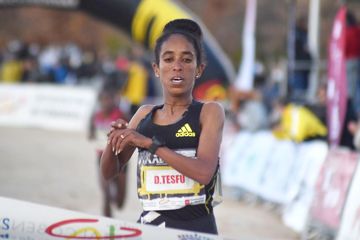