Chase Ealey, Auriol Dongmo and Jessica Schilder will renew their rivalry when the global medallists clash at the Init Indoor Meeting, a World Athletics Indoor Tour Gold event, in Karlsruhe on 27 January.

They each claimed a place on the podium at the World Athletics Indoor Championships Belgrade 22 ­– Portugal’s Dongmo launching herself to gold, USA’s Ealey securing silver and Schilder of the Netherlands claiming bronze – before Ealey went on to win the world title outdoors in Oregon.

Now they meet again as they look for a strong start to their 2023 seasons.

Dongmo threw 20.43m – the best women’s indoor mark since 2014 – to win the world indoor title ahead of Ealey, who recorded 20.21m to make it the first indoor season since 2014 during which two athletes had surpassed 20 metres.

Ealey then had an unbeaten outdoor campaign, winning the world title as well as the Diamond Trophy and improving her PB to 20.51m.

After becoming a world indoor medallist, Schilder gained a global medal of the same colour outdoors. The European champion finished ahead of Canada’s Commonwealth and NACAC champion Sarah Mitton in Oregon and Sweden’s Fanny Roos in Belgrade, and both of those athletes also form part of the field in Karlsruhe.

The full field for Karlsruhe has been announced, the line-up being completed by Germany’s Sara Gambetta, Katharina Maisch and Julia Ritter.

They join a number of stars already confirmed for the meeting, including Dina Asher-Smith and Ewa Swoboda in the women’s 60m and Thiago Braz in the men’s pole vault.

For further information on the Indoor Meeting Karlsruhe, visit the event website.

BACK
Pages related to this articleDisciplines
Shot Put 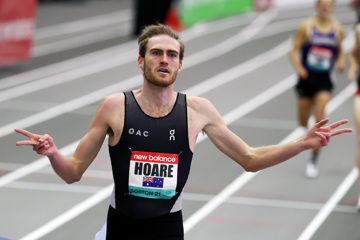 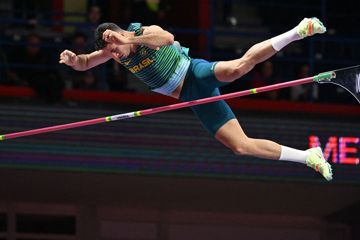 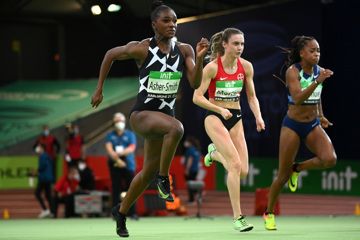