Nilsen and Sutej soar as records fall in Rouen

Nilsen’s mark equals the world lead set by world record-holder and Olympic champion Mondo Duplantis in Birmingham last month and moves him to joint fifth on the world indoor all-time list. Only Duplantis with his world record of 6.18m, Renaud Lavillenie, Sergey Bubka and Steve Hooker have ever soared higher indoors.

It sets up an exciting head-to-head between Olympic silver medallist Nilsen and Duplantis at the World Athletics Indoor Championships Belgrade 22, while four other men have also cleared 5.91m or higher this season and two of those athletes achieved the feat in Rouen on Saturday.

Ernest Obiena of Philippines improved his national indoor record, while Brazil’s 2016 Olympic champion Thiago Braz managed his best indoor clearance in six years, just two centimetres off his own South American indoor record. After clearing 5.91m they both attempted 6.01m, a height Nilsen – who is due to compete in Paris on Sunday – achieved on his second attempt before his first-time clearance of 6.05m.

In a strong contest, USA’s Jacob Wooten and France’s Valentin Lavillenie cleared 5.81m, while his brother Renaud – the former world record-holder – had a best clearance of 5.51m.

For Olympic fifth-place finisher Sutej, that 4.80m performance puts her equal third on this season’s top list. An outright PB, it adds four centimetres to her previous best achieved outdoors in September and will see her head to Belgrade as a medal favourite.

Sutej had the competition won with her first-time clearance of 4.71m and then went over 4.80m on her third attempt. She went on to have three tries at 4.85m.

One day later, Nilsen was back in action at the Meeting de Paris Indoor, also a World Athletics Indoor Tour Silver meeting, where he continued his win streak with a 5.88m clearance. He managed that meeting record height on his first attempt to triumph and then had three attempts at six metres.

The top three all dipped under eight seconds in a close women's 60m hurdles final, led by France's Cyrena Samba-Mayela with 7.92. Finland's Reetta Hurske equalled her PB of 7.93 in second and Ditaji Kambundji improved the 30-year-old Swiss record by 0.01 to 7.94 in third. Wilhem Belocian won the men's hurdles ahead of his French compatriot Aurel Manga – 7.53 to 7.57.

Kambundji's world 200m bronze medal-winning sister Mujinga was in action in the 60m and she won in a meeting record of 7.06, just 0.03 off her own national record, while the men's race was claimed by USA's Mike Rodgers in 6.61. 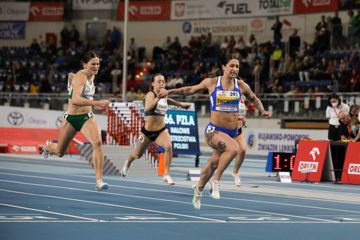 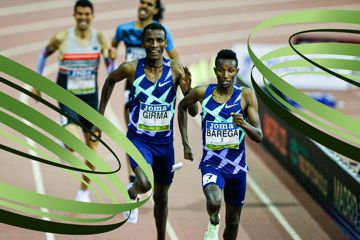 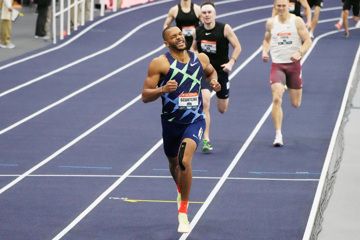