Ebenyo clocked a PB of 26:58 to move to seventh on the world all-time list, while Jeruto ran 30:35 for a three-second victory ahead of Karoline Bjerkeli Grovdal.

Jeruto had claimed podium places on her three previous appearances in Valencia but the 26-year-old had never been the victor. The 2011 world U18 2000m steeplechase champion confirmed her role of hot favourite and dominated the race from the gun.

The first casualty was Bahta, who began to lose ground just before the fifth kilometre, which was reached in 15:18 to dash any hope of the world record being broken. Grovdal’s split of 15:19 was also outside Paula Radcliffe's European record pace.

The toughest section of the competition came between the fifth and seventh kilometres, because of an annoying headwind. Despite that barrier, Jeruto clearly pulled away from the lead pack, always following the pacemaker. Way back, Chepkurui was a lonesome second ahead of Genaneh, herself clear of Grovdal.

Over the closing kilometres the big questions were how close to 30 minutes Jeruto could be, and whether Grovdal would approach the European record. The 31-year-old Norwegian first moved into third place and by the eighth kilometre she had joined Chepkurui in second place, while Jeruto’s successive 3:05 kilometres meant she was off the pace needed to break 30:00.

After leaving Chepkurui behind with some 1500m remaining, Grovdal never threatened Jeruto’s win but she drastically closed the gap. Jeruto ran home in 30:35, three seconds ahead of Grovdal, whose 30:38 was her second-quickest ever time behind the 30:32 run she achieved in 2020, while Chepkurui completed a classy podium in 30:48.

Ebenyo breezes under the 27-minute barrier

The men’s start took place 15 minutes after the women’s and kicked off at the scheduled 2:42/km cadence in the hunt for a sub-27:00 clocking. In the absence of an official pacemaker, it was Ethiopia’s Chimdessa Debele Gudeta who took full command of the race, with only Kenya’s Ebenyo for company. 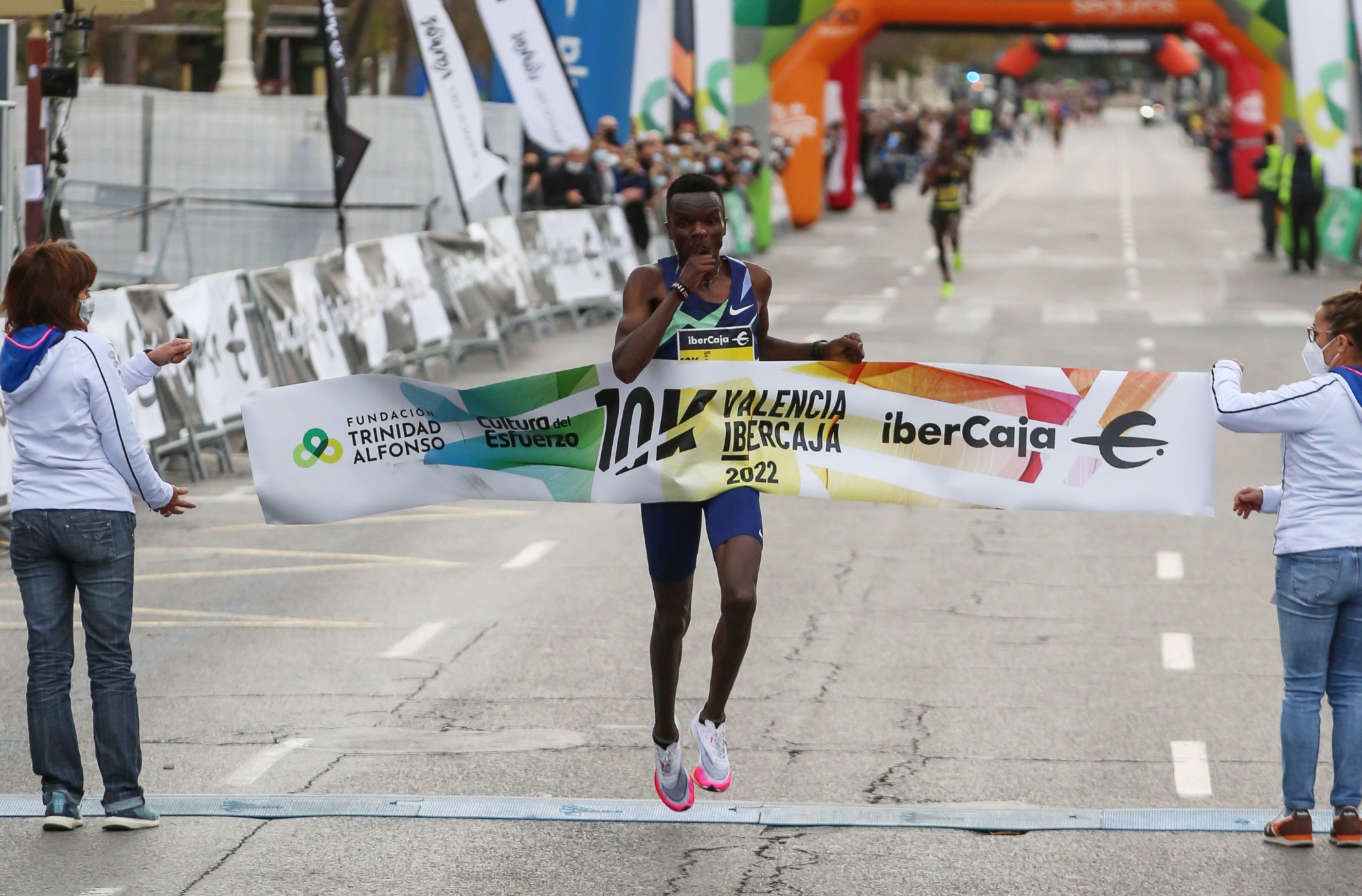 The leading duo went through the half way point in a promising 13:30, perfectly on schedule for the targeted time. By then, Jacob Krop travelled in third place, five seconds off the leaders, but also five seconds clear of his fellow Kenyan Boniface Kibiwott, while Great Britain’s European U23 10,000m bronze medallist Emile Cairess was the first European thanks to a 13:51 split. At that point he was four seconds ahead of Switzerland’s European record-holder Julien Wanders.

During the sixth kilometre, Ebenyo began to take a turn at the helm, and with some 20 minutes on the clock the 26-year-old Kenyan opened a gap on Gudeta, which grew over the following kilometres. Despite his lead, Ebenyo managed to maintain his 2:42 pace like a Swiss clock to reach the 9km checkpoint in 24:16, with a seven-second advantage over Gudeta.

The 2020 San Silvestre Vallecana winner covered the closing kilometre like a man on a mission to finally cross the finish line in a huge lifetime best of 26:58.

Fast-finishing Cairess almost pipped Kibiwott on the line, with both athletes being given 27:44 – a 30-second improvement on his previous best for the Briton. 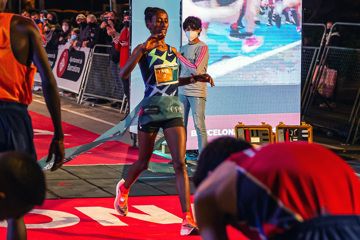 Taye and Aregawi break world 5km records in B... 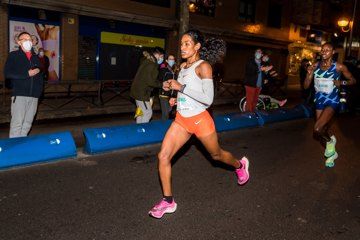 Azimeraw and Katir end year on a high in Madr... 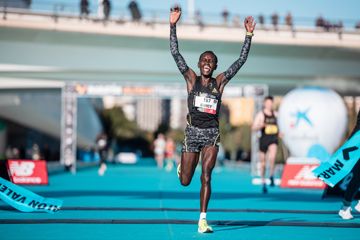 Jelagat and Cherono victorious in Valencia...