Form played out on the final day of athletics at the Youth Olympic Games on Tuesday (16), as nine of the 11 stage one winners wrapped up gold medals in Buenos Aires’ final session of athletics.

The only change in overall leaders came in the men’s pole vault, where Thierry Baptiste – third after the first stage – set a Games record and personal best 5.32m with his final effort at the height.

“That was huge for me,” said Baptiste. “It’s been a long, hard season, so to get a personal best, a gold medal and to see my name up there is incredible.”

Japan's Kazuki Furusawa also cleared a lifetime best mark (5.22m) to ensure he remained in second place overall and collect the silver. Authorised Neutral Athlete Dmitry Kachanov had an off day. He had set the Games record of 5.20m in the first stage, but could only get over 5.12m today and won bronze.

The other switch up came in the men’s javelin, as Finnish thrower Topias Laine dealt with the headwind impressively to record a personal best of 78.85m and move from third position to the top of the podium. Argentina’s Gustavo Agustin Osorio was only fifth on the day with 74.25m, just holding the silver medal position over Czech Florian Martin, who produced a personal best of 76.24m. The gap between silver and bronze was just 4cm.

The future looks bright for Qatari athletics, with less than 12 months until the World Championships head to Doha.

In the men’s 200m, Abdelaziz Mohamed recorded a second personal best and second win of the Games to collect gold. A relaxed runner, he was smooth off the bend and won with clear daylight in 20.68.

“Wow. I am magic,” the 16-year-old said post race. Of next year’s home world champs, he added: “I want to win!” That would be magical.

There was a second Qatari gold in the men’s 110m hurdles, as Owaab Barrow recorded a PB of 13.17 for his second stage win. The top seven all got lifetime bests, but the medals went according to finishing position: France’s Kenny Fletcher (13.25) won silver, and Hong Kong’s Lok Hei Addis Wong (13.39) won bronze.

There were personal bests for the top three in the women’s 200m. Iceland’s Gudbjorg Jona Bjarnadottir (23.47) was pipped by Italian Dalia Kaddari (23.45) in the race, but her margin of victory in the first round was such that she still had a good cushion in gold medal position.

“This was a goal of mine for a long time,” said the European U18 100m champion. “I only had four days off after Hungary. Now I’m going to eat McDonald’s.”

Kaddari was rewarded with the silver, swapping places with Brazil’s Leticia Maria Nonato Lima, who clocked 23.71 for bronze.

Colombia’s first athletics gold medal of the week was secured by Valeria Cabezas Caracas in the women’s 400m hurdles. She had led after the first stage and, in the second, never looked troubled. Her main challenger, Brazil’s Jessica Vitoria de Oliveira Moreira, was a stride behind coming into the straight and fell at the final hurdle, allowing Caracas to cruise through in 58.39. Loubna Benhadja, of Algeria, profited from de Oliveria Moreira’s fall, clocking 59.70 for second and silver, moving up from sixth overall. Spain’s Carla Garcia clocked 59.92 to finish fifth and remain in third for bronze.

In the first stage of the men’s 400m hurdles, Haruto Deguchi scored a surprise by bagging the fastest time of 51.40, a PB. With the focus on him for the second stage, the Japanese did no disappoint. So strong over the hurdles through the final third, he clocked another personal best 51.28 for gold via a classy two-stage win. His combined time advantage over silver medallist, Daniel Huller, was more than a second, the Hungarian recording a PB of his own (51.86) to move up from third. Saudi Arabia’s Hohammed Duhaim Almuawi was fourth through the line, enough to squeeze bronze by a combined 0.04 seconds ahead of Frenchman Martin Fraysse.

Diaz doubles up for gold

It wasn’t a classic performance from Jordan Diaz, but the Cuban still did enough to win triple jump gold by going out to 17.04m in round one, his sole legal mark. A gusty tailwind perhaps played a part in his missing the board, but no one could take advantage behind the world U18 and U20 champion, who had set a Games record 17.14m in the opening stage.

Yahor Chuiko (15.96m) was closest to him on the day, although the Bulgarian missed a medal. Nigeria’s Ineh Emmeanuel Oritsemeyiwa (15.51m) and India’s Praveen Chithravel (15.68m) did enough to carry their respective second and third place finishes from the opening stage through to the podium.

The top three remained unchanged after the conclusion of the women’s triple jump, which was won by Bulgaria’s Aleksandra Nacheva with 13.86m, a 10cm improvement on her first stage mark. Spain’s Maria Vicente was 10cm back on her first stage performance with 13.67, still earning silver, while authorized neutral athlete Mariya Privalova carried her bronze medal position through with consistency (13.04 and 13.03m).

Greek thrower Elina Tzengo had set a Games record (63.34m) in the first stage of the women’s javelin, but, throwing into the wind, was unable to reproduce that sort of mark in the concluder. She remained dominant on the day, winning outright with 61.74m. Ecuador’s Juleisy Angulo clung onto silver medal despite only producing 55.21m for fourth in the second stage, while bronze went to Munevver Hanchi, who carried her position through with 57.06m.

A second stage win for Ricuo Xi wrapped up the 5000m race walk gold. The Chinese athlete set the world lead (22:23.26) for a teenager in the opener, allowing her to relax today knowing a win – regardless of the time – would secure gold. That’s exactly what she did, picking her moment to break late and clock 22:40.23.

The minor medal positions remained unchanged from the first stage, too, as silver went to Sofia Elizabeth Ramos Rodriguez, of Mexico, while Olga Fiaska won bronze. 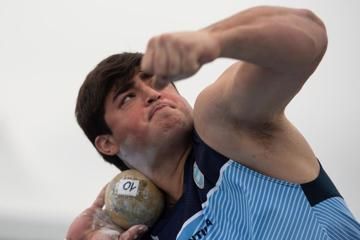 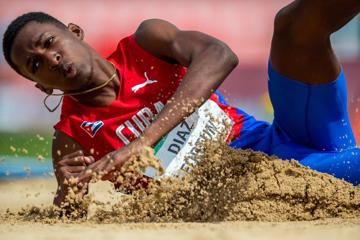 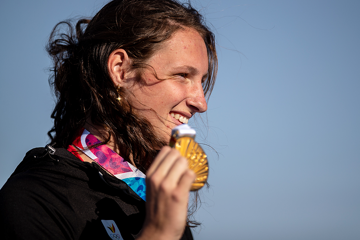 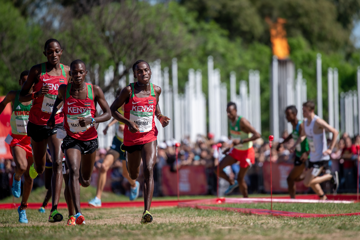